The district called the words used on a social studies test "derogatory and hurtful." Three teachers are on leave while officials complete their investigation. 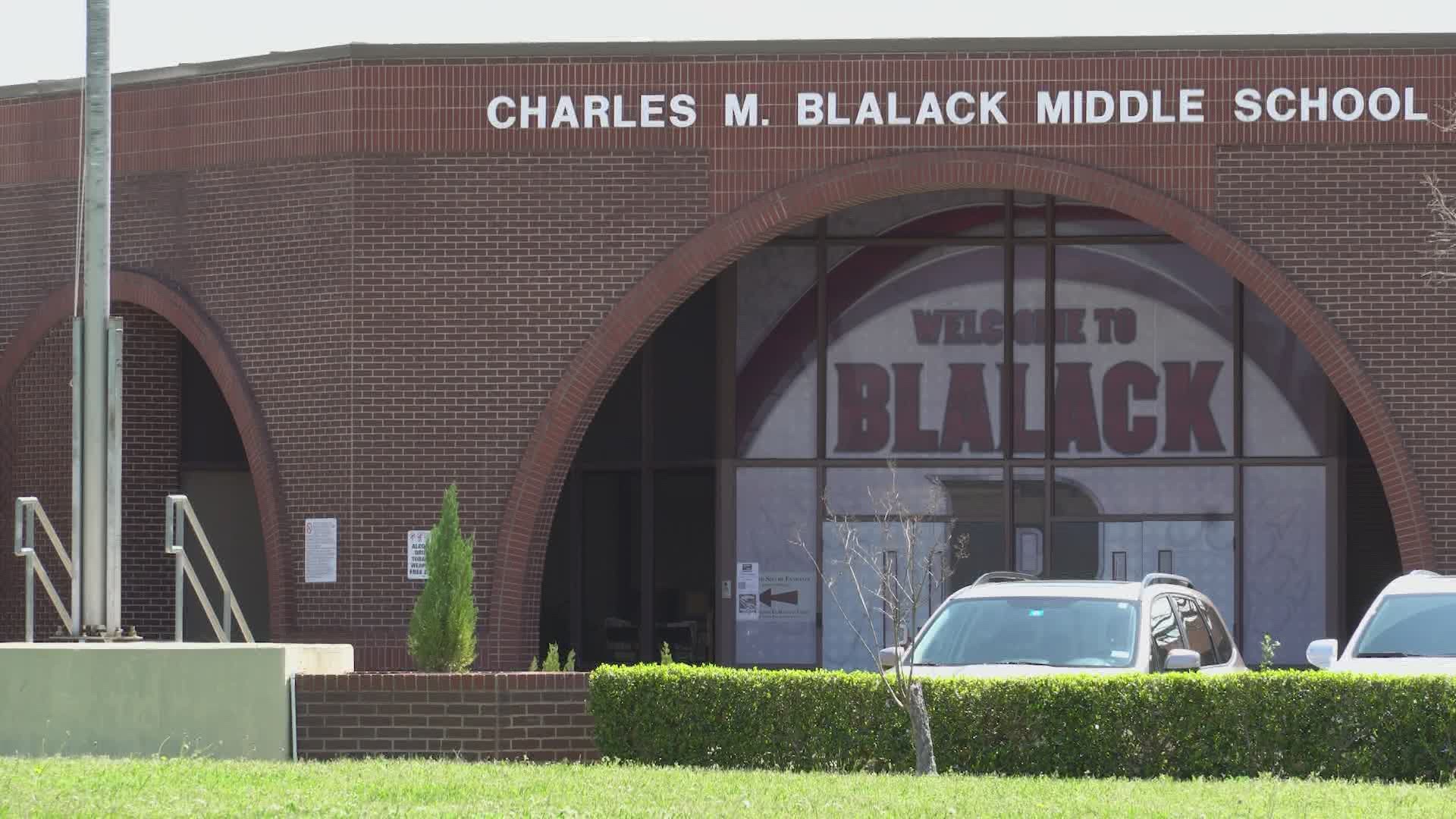 CARROLLTON, Texas — Updated at 11:49 a.m. Thursday with details about an online petition created by the DFW Chinese Alliance.

The Carrollton-Farmers Branch Independent School District has placed three teachers on administrative leave while it investigates an incident where inappropriate language about Asian Americans was included on a test, officials said.

The district tweeted a statement Wednesday morning that said the inappropriate language was used on a secondary social studies test.

"The words used on the test question were derogatory and hurtful," the statement partially reads.

The incident came to light when the older sister of a sixth-grader at Blalack Middle School saw her sister taking a virtual social studies test.

“I looked over my sister’s shoulder and I saw this question that just blew me away,” said Joy Lim, a CFBISD alumni.

Lim said her sister was uncomfortable answering the question filled with stereotypes and racism against Chinese people. She quickly snapped a photo of the inappropriate question, shared it on Twitter, and contacted the district.

“I don’t understand who thought this was OK,” said Lim. “If these teachers were Asian American teachers, that question would not have been on the quiz.”

She is concerned about the diversity training that educators at CFBISD are receiving.

With the rise in hate against Asian Americans during the COVID-19 pandemic, Lim, a Korean American, didn’t want her sister to experience discrimination at such a young age. She said it’s worse because this hate came from her teachers at school.

“I’m just glad that I was home to catch it,” said Lim.

Lim hopes to use this as a learning moment for her younger sister to teach her to speak out against hate and racism.

The DFW Chinese Alliance launched an online petition Thursday demanding that the following actions be taken by the school district.

"We are disappointed that the ISD has not taken corrective measures to demonstrate that they take racism against Asians seriously," the DFW Chinese Alliance said online.

The school district said actions or language disrespecting any people group are not acceptable and do not represent its core belief system.

The school district said it recently launched a diversity training initiative for staff. It's unclear if the training was launched before or after the incident.

"The district will enhance these training opportunities in an effort to create a more inclusive and respectful environment," the statement reads.

"The nearby Asian communities are deeply hurt by the fact that Carrollton-Farmers Branch ISD has allowed Asian-Hate into their classrooms and we are disappointed that the ISD has not taken corrective measures to demonstrate that they take racism against Asians seriously," the DFW Chinese Alliance said.

Over the past month, several community members in North Texas have brought awareness to the hate crimes against Asian Americans.

Christine Lee, who attended one of the rallies, had a message not just for the dozens on hand for a "Stop Asian Hate" rally, but for the entire country.

“I am not just Korean American," Lee said, her voice full of emotion. “I am Korean and American -- two beautiful cultures interwoven in me."

Earlier this month, the owner of Detour Doughnuts and Coffee made #StopAsianHate doughnuts to raise money and awareness for the AAPI community.

"We need to show up for our people, and this is the best way I know how," said owner Jinny Cho.

She donated the money from her #StopAsianHate doughnuts to Support the AAPI Community Fund. She also matched what her customers bought.

RELATED: Frisco doughnut shop's special raises awareness about racism against Asians in US

On Sunday’s Inside Texas Politics, State Representative Gene Wu, D-Houston said he hopes that recent violence and racism against Asian-Americans will result in more political involvement by the minority group.