Officials said firefighters were dispatched to a 911 call around 10:20 a.m. for reports of a natural gas odor, but after they got there, somehow - an explosion. 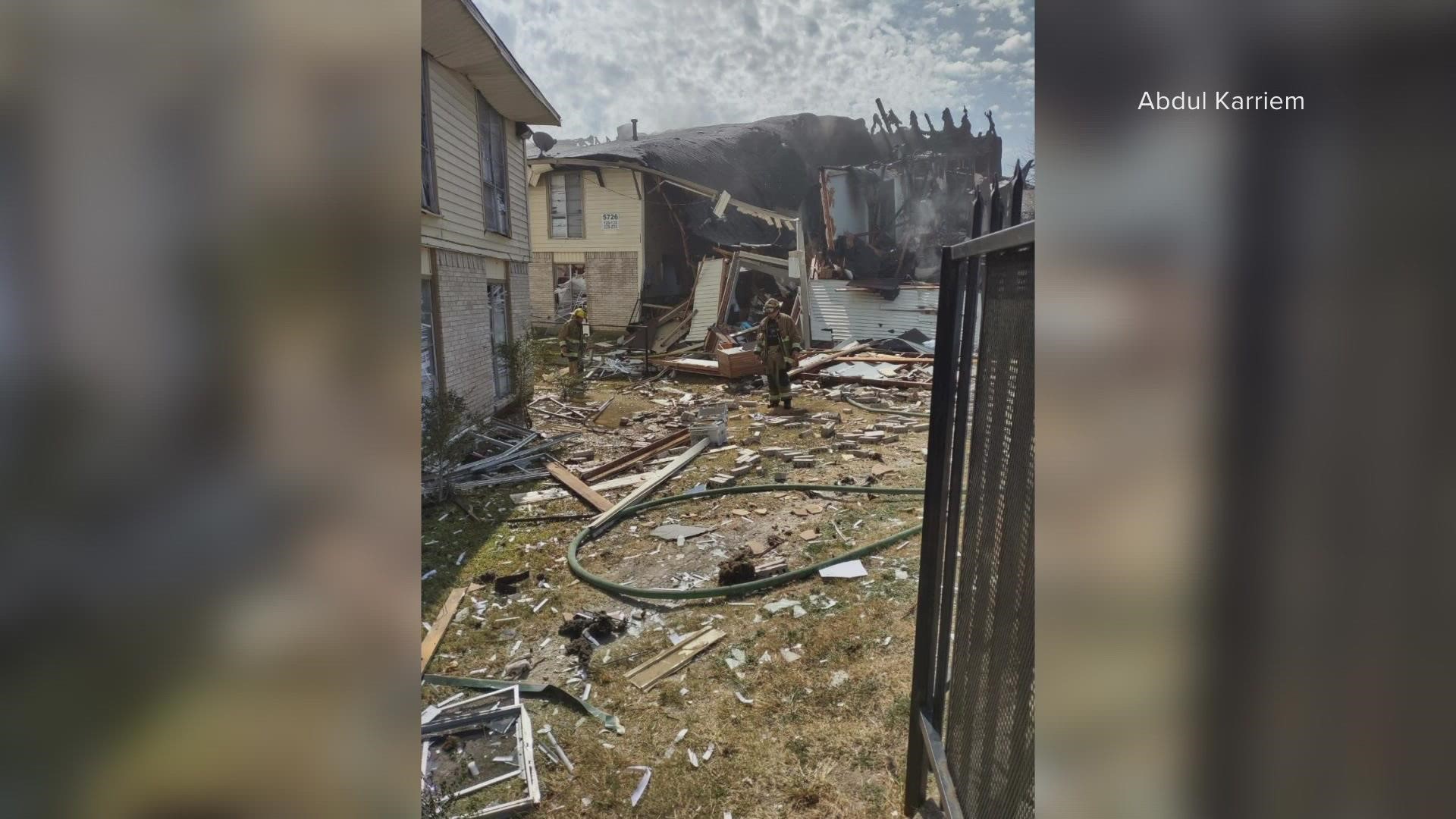 DALLAS — Residents at an apartment complex are describing the sound and feeling of the explosion that blasted one end of a unit as "one of the scariest moments" they'd ever experienced.

Lakeisha Williams said she was outside sweeping at the Highland Hills Apartments off Highland Hills Drive Wednesday morning, when she was thrown from the blast.

"When the apartment blew up, it blew me back up the stairs," she told WFAA near the scene of the explosion. She has the cuts to prove it.

"It was terrifying," she said. "That was the scariest moment I’d ever seen in my life."

Officials said firefighters were dispatched to a 911 call around 10:20 a.m. for reports of a natural gas odor, but after they got there, somehow - an explosion.

"When (the firefighters) tried to go in there, the next thing I know it blew up," explained Williams.

Marquez Wilson,14, said he dropped everything and ran outside after "all of a sudden, I heard a big boom." It left parts of the two-story apartment building collapsed.

Officials said four Dallas firefighters were hurt in the explosion - three of them critically. All were taken to Parkland hospital for treatment; one has already been released. The others are expected to fully-recover.

Meanwhile, four other people at the apartment complex were also taken to the hospital and were described as stable, Wednesday evening.

Williams described seeing one person "bloodied up" with burn marks.

Right now, investigators are working to figure out what ignited the explosion. Crews from Atmos Energy, the natural gas provider, could be seen at the scene following the explosion, working with firefighters, but their specific involvement was not known.

Residents at the complex told WFAA they had been smelling natural gas since last night.

Abdul Karriem said he woke up around midnight and could still smell the odor.

"I thought it was my upstairs neighbors firing up the unit for the first time," he described.

While Karriem lives to the left of the explosion, he said he left the complex about 30 minutes before it happened.

"God is so gracious in the end," he said.

A number of local, state and federal agencies are expected to be involved in the investigation. Meanwhile, officials are asking for prayers for the injured firefighters and those residents who were hurt in the blast.

Alex Rozier and Malini Basu contributed to this report.