Jennifer Lynne Faith, 49, is accused of encouraging her boyfriend to kill her husband, Jamie Faith, in Dallas last year. 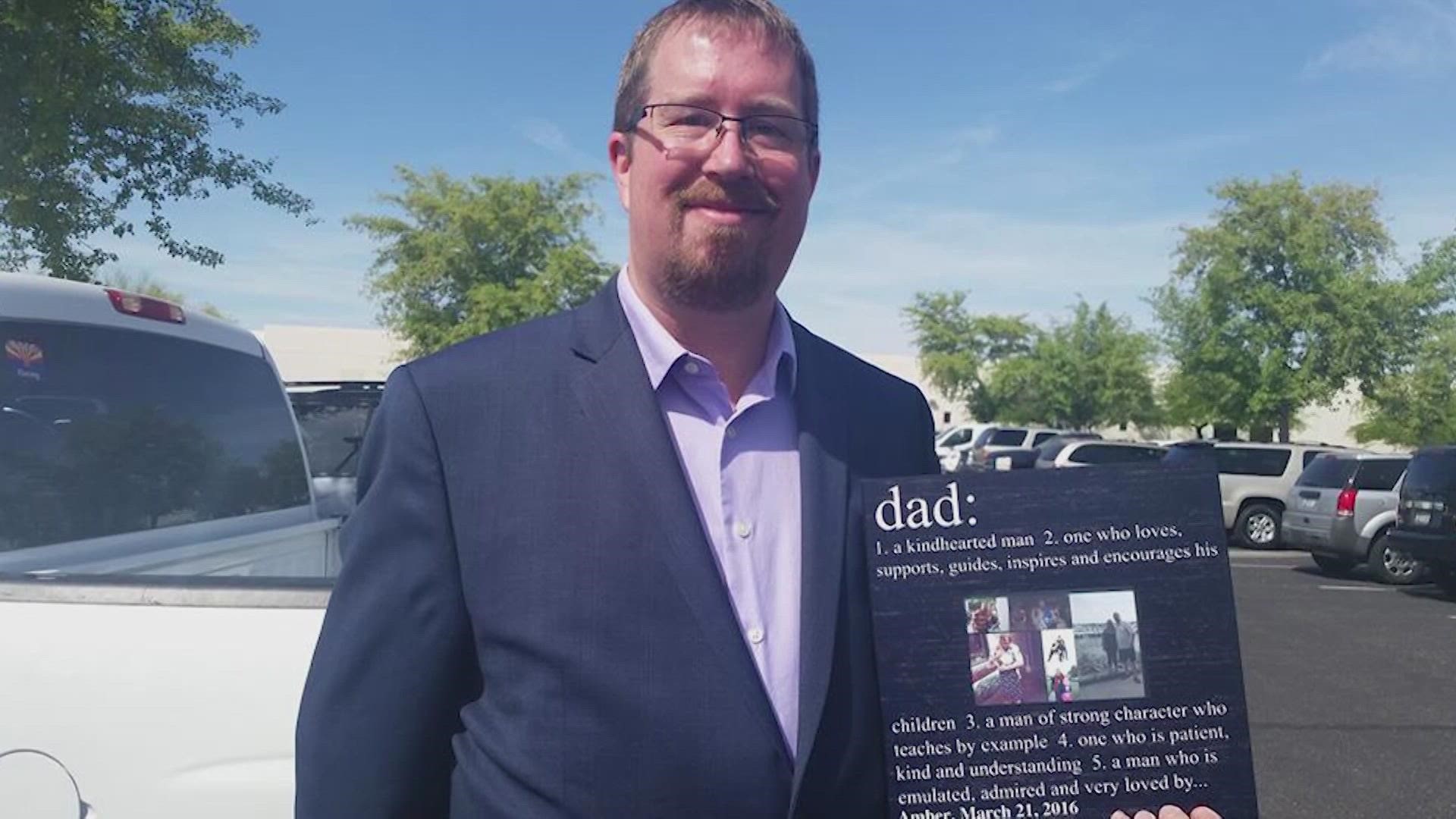 DALLAS — The Dallas woman whose husband was gunned down last year now faces a murder-for-hire charge in the case, as federal authorities say she encouraged her boyfriend to commit the murder by posing under fake email accounts, officials announced Wednesday.

Jennifer Lynne Faith, 49, was initially charged with obstruction of justice in the death of her husband, Jamie Faith, who was killed Oct. 9, 2020, while he and Jennifer walked their dog near their Oak Cliff home.

On Wednesday, the U.S. Attorney's Office for the Northern District of Texas announced that Jennifer Faith was indicted on a federal charge of interstate commission of murder-for-hire.

Federal murder-for-hire carries a punishment up to the death penalty.

The announcement of Faith's murder-for-hire charge came after a superseding indictment was filed in Dallas federal court on Wednesday.

The indictment detailed how Faith used fake email accounts to pose as her husband and friend while convincing Lopez that her husband was physically and sexually abusing her.

“Ms. Faith’s alleged murder-for-hire scheme was depraved and calculated," Acting U.S. Attorney Prerak Shah said in a news release. "She preyed on her boyfriend’s protective instinct and his pocketbook in order to convince him to execute her husband. Jamie Faith’s brutal murder was a tragedy. His death has been a double blow to his family and friends, who had just begun to absorb the news of his murder when they were confronted with evidence of his wife’s alleged involvement."

RELATED: ‘Deleting texts’: American Airlines IT director’s wife in constant contact with ex before and after he was killed, affidavit shows

The indictment said that Faith created a Gmail account under her husband's name on April 9, 2020. With the account, she emailed Lopez, posing as her husband and "taunting Mr. Lopez with details of extreme physical and sexual abuse that never actually occurred," a news release from the U.S. attorney's office said.

She also attached fake photos of injuries and warned Lopez "to stay away from my family," according to the indictment.

Faith later created a fake Gmail account under her friend's name and emailed Lopez with that account, too, making the same false claims that Jamie Faith was abusing her, the indictment said.

“I am asking if you are willing to get involved and help Jen get out of this situation," Jennifer Faith wrote to Lopez, posing as her friend, according to the indictment.

Faith, posing as her friend, asked Lopez if he could help

On May 20, Lopez replied, according to the indictment: “I know I won’t feel better about her situation until she is out of the house away from him or she lets me put a bullet in Jamie’s head."

Faith continued to pose as her friend and make false allegations against her husband, encouraging Lopez to "go for it with your idea" and that she would give him an alibi, the indictment said.

The indictment detailed how the murder unfolded, saying that Lopez traveled to Dallas from his home in Tennessee in October and waited for the Faiths to leave their home on their morning dog walk. When the Faiths walked outside, Lopez shot Jamie Faith seven times and drove away in a Nissan Titan pickup truck, the indictment said.

The truck had a distinctive Texas Rangers "T" logo sticker on the back of it.

In December 2020, Jennifer Faith did an interview with WFAA and pleaded for answers in the search for husband's killer, saying someone had to know whose truck had the distinctive logo on the back.

According to court documents, Faith had texted Lopez, telling him to remove the "T" sticker after she “woke up in a little bit of a panic”.

Faith texted him: “something is eating away at me telling me you need to take the sticker out of the back window of the truck. It might just be me over thinking or something, but I’ll fee[l] a ton better if you take it off and clean the window really well”.

Lopez said he had been working on it but didn’t want to take it off all at once since his daughter gave it to him and “would notice that”.

On the day after her interview with WFAA, Faith texted Lopez “Ok. Sorry. I know you’re going to think I am crazy, but it’s REALLY nagging at me. I have a bad feeling and I really think you need to get that sticker off ASAP….like today.”

On Dec. 6 he texted her that the sticker was gone. “Oh YAY!!! Thank you!! I feel SOOO much better,” Jennifer texted back.

About a month later, Lopez was arrested on a murder charge in the case.

Faith sent him a message through a friend, the indictment said, asking the friend to tell Lopez that "I will always be his."

Lopez, according to the indictment, relayed back a message: "Please stay strong for US. Your knight always."