"It's actually nice to know that at some point common sense came into play," said KGAF station manager Steve Eberhart. 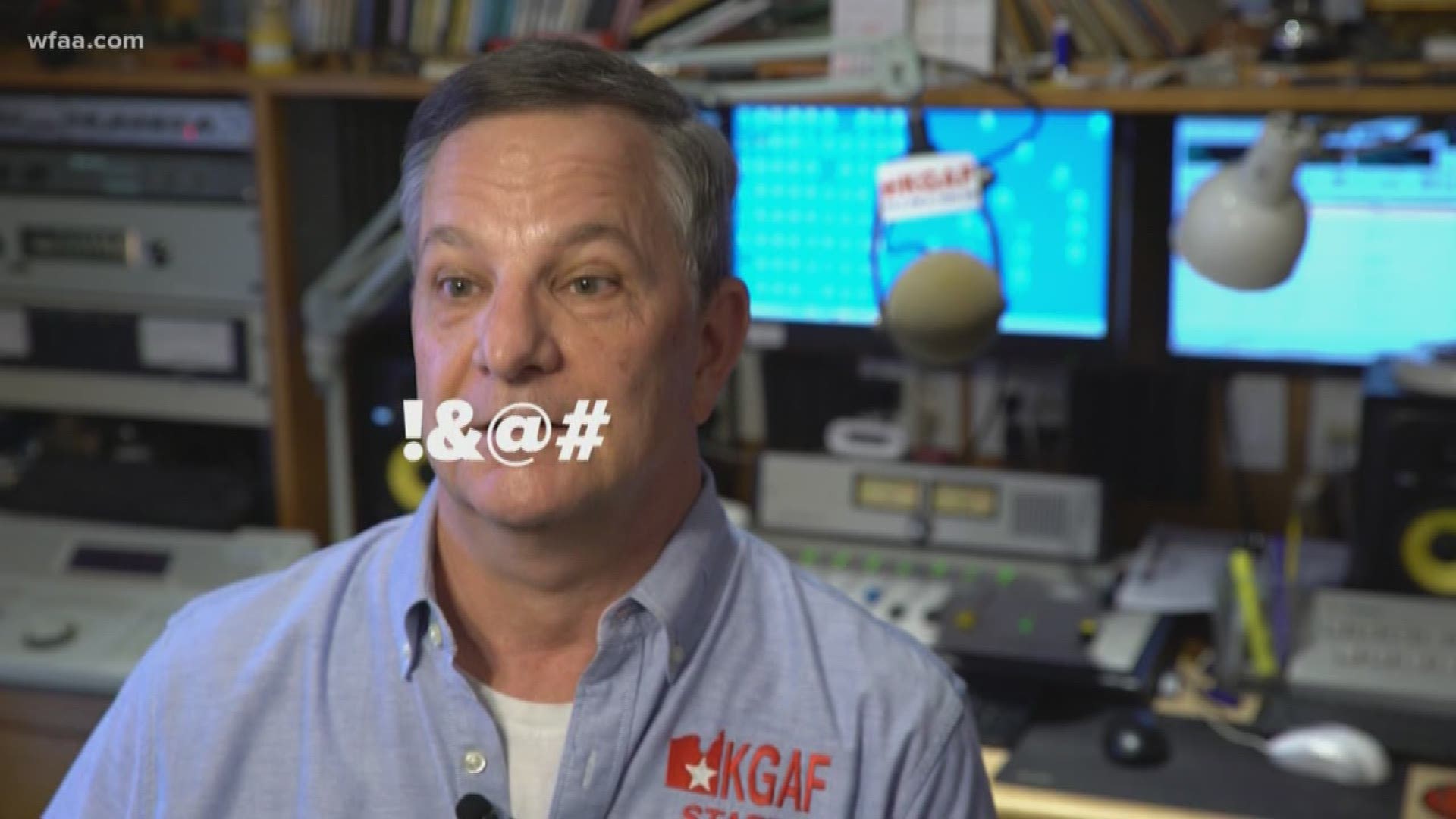 GAINESVILLE, Texas — A North Texas radio station that the Texas Department of Motor Vehicles determined had call letters that were too "vulgar" to put on a personalized license plate finally has those formerly vulgar letters proudly affixed to its one station vehicle.

It's a victory thanks to a Gainesville-area lawmaker who decided a bit of common sense was in order.

Late last year KGAF station manager Steve Eberhart started the process, applying to have KGAF on a personalized license plate for their company van. The station has been a fixture in Gainesville since 1947. But in a modern world that sometimes communicates in OMGs, LOLs, IDKs and IMHOs, the state told him that KGAF might mean something, too.

"Well, I've been told that it's an acronym or a slang for social media for 'can't give a (expletive)," Eberhart said. "But certainly we never intended that," he told me several weeks ago. "I can assure you the people in 1947 did not intend for it to mean that!"

But the Texas DMV, in a written letter, told Eberhart they decided that KGAF amounted to "vulgar-swear or curse words."  Eberhart appealed the decision and was denied a second time.

But on Monday morning in downtown Gainesville at the Tax Assessor Collector's Office, a small Cooke County miracle happened.

"Hello," Eberhart said as he walked into the office. "I hear y'all have something for me."

It had taken weeks of complaints. But the plates had been printed after all.

"Ahh it's perfect. Look at that," he said as Tax Assessor-Collector Brandy Ann Carr unwrapped the plates.

"Wow. I'm so pleased," he said of the red Texas license plates with KGAF in bold white letters. "That's beautiful!"

Eberhart finally got the plates because he knew the right guy to call. State Representative Drew Springer Jr. of District 68 that covers Cooke and 21 other counties, the second largest in the state in terms of square miles, heard about the license plate issue and made a few calls of his own.

And when the plates arrived, Springer showed up at the radio station with his own cordless drill to help install the plates himself.

"I just called government relations and said, 'Guys, you need to re-evaluate that,'" Springer said.  "They're a great part of the community and I'm glad to help them."

"It's actually nice to know that at some point common sense came into play," said Eberhart. "And I guess ultimately it's sure nice to have friends in high places," he joked.

So KGAF, which Steve Eberhart swears isn't an acronym for anything in particular, can now proudly display its letters on a personalized license plate.

KGAF: The hometown radio station that can get a f!@& license plate after all.