Station manager Steve Eberhart applied for a personalized license plate but was denied. KGAF has been in Gainesville since 1947. 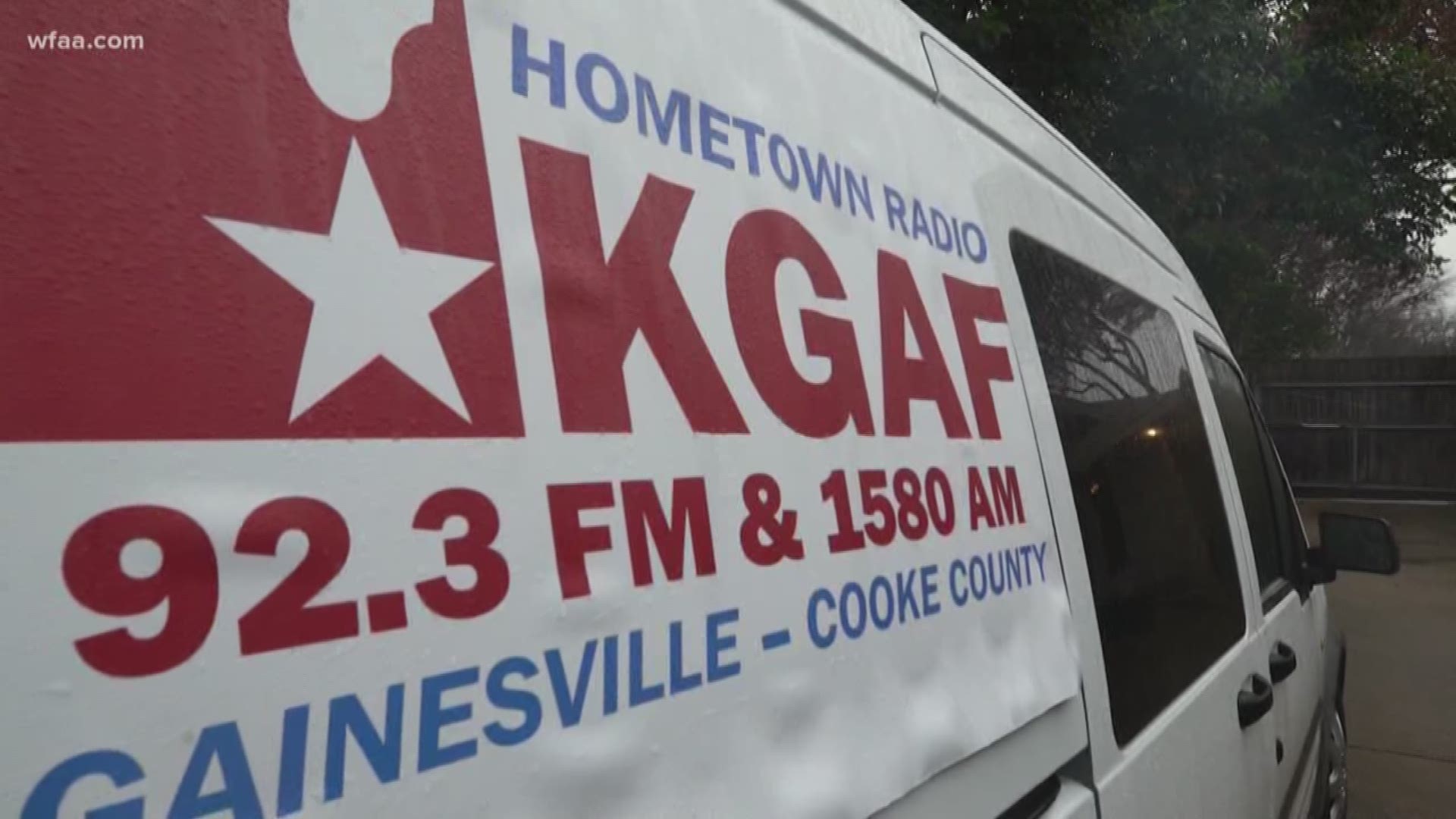 GAINESVILLE, Texas — KGAF is the little station on Radio Hill on the northeast side of Gainesville in Cooke County where they have been broadcasting news, weather and music in a family-friendly way for more than 70 years.

But recently station manager Steve Eberhart had a new idea. He applied to get the call letters K-G-A-F on a personalized license plate for their newest company van.

"I applied for it and a couple weeks later I got a letter from the DMV declining the tag," Eberhart said. "Which surprised me because I couldn't imagine why."

The response he received from the Texas Department of Motor Vehicles surprised him even more. The letter said that his application had been denied "because of a pattern of objectionable and misleading words that could be considered indirectly vulgar, swear or curse words."

Eberhart said he didn't know why the license plate he requested would be considered vulgar, pointing out that "the federal government has licensed this station since 1947 with those call letters."

But Eberhart's teenage son laughed when he heard the license plate request was denied.

"As soon as I brought the subject up, he said, 'Dad I can tell you exactly what they think it means,'" Eberhart said.

It would seem that in a world that now communicates with OMG's and LOL's and IDK's and IMHO's, that G-A-F might mean something too.

"I've been told that it's an acronym or slang for social media for 'can't give a [expletive],'" Eberhart said after the consultation with his 19-year-old son. "But certainly we never intended that!"

He said he's certain the founders of the station in 1947 "most likely did not intend for it to mean that."

Eberhart who, BTW, is a member of the Texas Radio Hall of Fame, has appealed the decision by the Texas DMV and hopes for a final decision sometime in the next 30 days.

"It's our name. It's been our name since 1947. We don't intend to change the name of the radio station just because some junior high kids think it means something silly," he said.

As for what his own teenage son might find silly, will he be asking for further explanations on more social media acronyms?