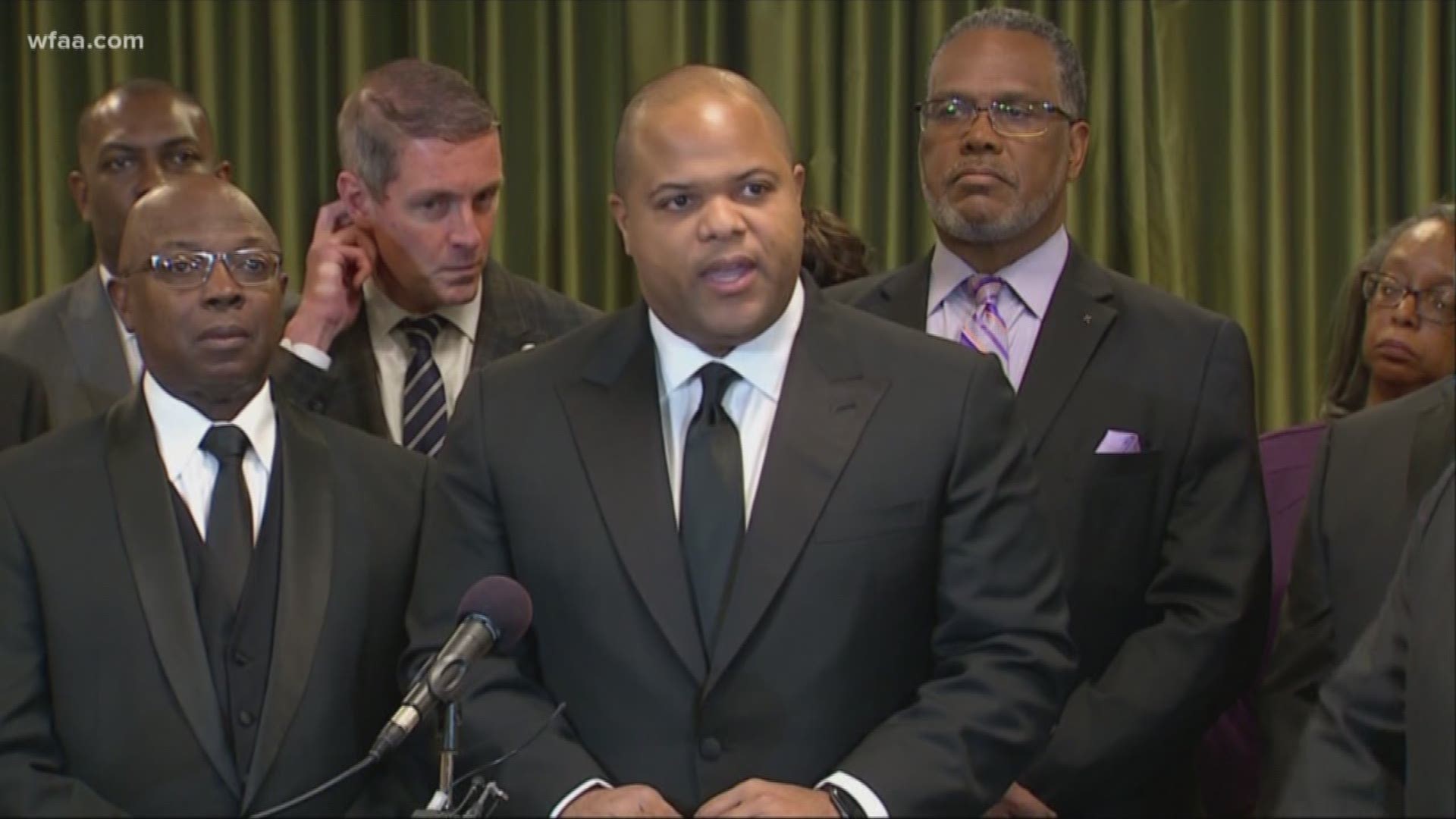 DALLAS — On Friday, Dallas Mayor Eric Johnson issued a proclamation declaring 2020 to be "A Year of Nonviolence."

"Our great city had too much violence in the past year, and the victims were predominantly people of color. This has to change, and all of us in Dallas must work together to solve the challenges our communities face," Johnson said in a written statement.

The proclamation was made in honor of Martin Luther King Jr. Day, Johnson stated.

"Dr. King dedicated himself to the principles of nonviolence in his pursuit of a more just world, and this weekend serves as a reminder of how much people can accomplish while armed only with resolve, determination, faith, and reason," he said.

Johnson will speak Saturday night at the 38th Annual MLK Gala. He will also serve as the Grand Marshal on Monday at the MLK Day Parade.

Last year, the city of Dallas recorded 209 murders. It was the highest number since 2005, which had 202, a federally-reported statistic.

This year, the city has already had at least nine homicides.

One of those victims includes 1-year-old Rory Norman. He was killed in a targeted shooting earlier this month in the Bonton neighborhood, Dallas police said.

Rory was just weeks from turning 2 years old. His birthday would have been on Jan. 24.

Johnson tweeted about the shooting that same weekend.

"A shameless act of gun violence has taken the life of yet another innocent child in our city," he wrote. "This is intolerable, and as the father of two young boys, I am both saddened and outraged."

"We are angry," Hall said. "This 1-year-old baby was killed due to senseless gun violence in this city that we are determined and aggressive about eradicating in 2020."

The shooting death of Rory occurred about a month after the mayor had requested a crime reduction plan from the police chief.

Credit: WFAA
The 1-year-old was killed a few weeks shy of his 2nd birthday.

In a letter addressed to City Manager T.C. Broadnax, the mayor said he and the Dallas City Council have not received a “sufficiently clear explanation” from the Dallas Police Department about what is driving an increase in violent crime this year.

Johnson and council members said they were frustrated with the lack of a crime-fighting plan.

The main objectives of the crime plan include:

“We are confident in this plan and we believe we are going to exceed it, but our goals were based on data, realistic benchmarks,” Hall said.