Dallas just had its deadliest year since 2005 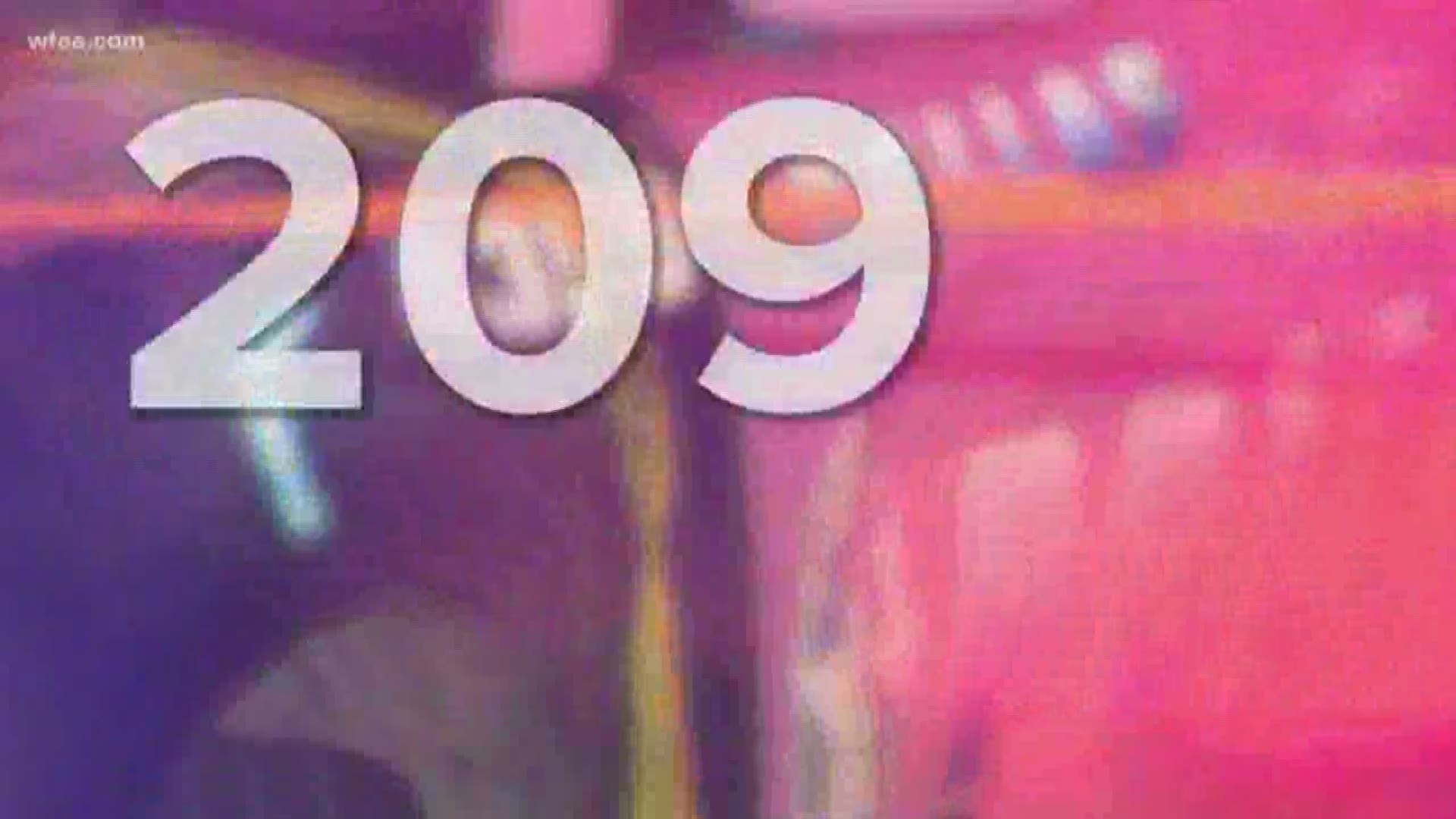 DALLAS — When the clock strikes midnight, Dallas will have recorded its highest murder tally in more than a decade.

With only hours to go in 2019, the city had recorded 209 murders – a death toll that’s about 30% higher than the prior year. It is the highest number since 2005, which had 202, a federally-reported statistic.

That tally does not include all homicides in Dallas. The Dallas Police Department has also recorded at least 10 justifiable homicides, which are sent to a grand jury.

Crime statistics obtained by WFAA from Jan. 1 through Dec. 30 also show other violent crime categories have gone up dramatically. There’s been a 14% increase in robberies and a 19% increase in aggravated assaults, the statistics show.

Behind those numbers are real victims and grieving families: A 9-year-old named Brandoniya Bennett, gunned down as she sat on her couch just days after starting fourth grade. Jennifer Hernandez, whose family recalls her as having a big laugh and an even bigger personality. She was gunned down along with her husband in their front yard in late August.

As their grieving families prepare to start the New Year, Dallas Police Chief Reneé Hall is getting ready to release a long-awaited crime plan.

Hall declined an interview request, but said the department intended to “make the plan public by the end of the week.”

She added that on New Year’s Eve she would be on “patrol ensuring safety of our residents and officers.”

RELATED: If Dallas adopts Operation Ceasefire as its crime-fighting plan, what could that look like?

The much-anticipated plan came after Dallas Mayor Eric Johnson sent a letter to the city manager in early December demanding that the police department come up with a plan to combat rising violent crime.

Michael Mata, president of the Dallas Police Association, has not seen the plan, but said he hopes it’s not “just 40 pages of fluff.”

He has been among the most vocal of those sounding the alarm for months as the death toll climbed. He said he fears next year could be even worse.

Mata sees many reasons for rising violent crime. Among them is simply not having enough police officers to do the job.

RELATED: Every Dallas police officer must switch from revolvers to semi-automatics, beginning Jan. 1

The department now numbers about 3,000 officers. Just a few years ago, the department numbered about 3,700 officers. A bigger force also corresponded with big reductions in crime and a greater capacity to undertake proactive crime-fighting rather than just responding to calls, he said.

But he told WFAA that as the department’s manpower dwindled, many of the proactive units that prevent crimes saw their manpower dramatically reduced.

In recent years — and particularly under Hall’s leadership — many of the department’s most experienced and respected commanders have headed for the exits. Most recently, Deputy Chief Albert Martinez left to take over as head of security for the Catholic Diocese of Dallas.

The death of Brandoniya Bennett this past August galvanized community anger and demands that something be done. The mayor spoke at her funeral and said he would do all he could not make sure her death was not in vain.

Two men have been indicted in connection with her death. Police said the killer shot into the wrong apartment. Brandoniya died in her mother’s arms.

For her family, there has been little to celebrate during this holiday season.

“They took my heart from me,” said her father, Brandon Bennett. “I didn’t know I could ever feel pain like that in my life.”

He smiled as he recalled their last conversation. She wanted a new pair of tennis shoes, Air Jordans to be exact.

Priscilla Sewell is haunted by the last memories of her sister.

This past August, she could hear her sister laughing outside with her husband, Kenneth Wesley. A split second later, she heard her sister’s scream and then “gunshots that wouldn’t end.”

“When it was over, we ran to her and it was just something I would put on nobody to see,” she said.

Her sister died in that driveway. Her husband was pronounced dead at the hospital.

She told WFAA no arrests have made in the killings.

“Nobody wants to come forward,” Sewell said. “I understand they’re scared, but at the same time, what if it becomes one of your family members? It’s going to continue until they get stopped.”

Sewell plans to move soon because of all the violence in the neighborhood. She hears gunshots every night. Her 9-year-old daughter is in counseling.

In her living room, she keeps a memorial of crosses, pictures, rosary beads and a lighted Virgin Mary to remember her sister.

“I always have a light on for her,” she said, tears rolling down her face.