Texas revoked a Fort Worth man's anti-Trump license plate. See what other vanity plates were rejected.

The state's Department of Motor Vehicles revoked the "JAIL 45" plate after someone complained it was offensive. 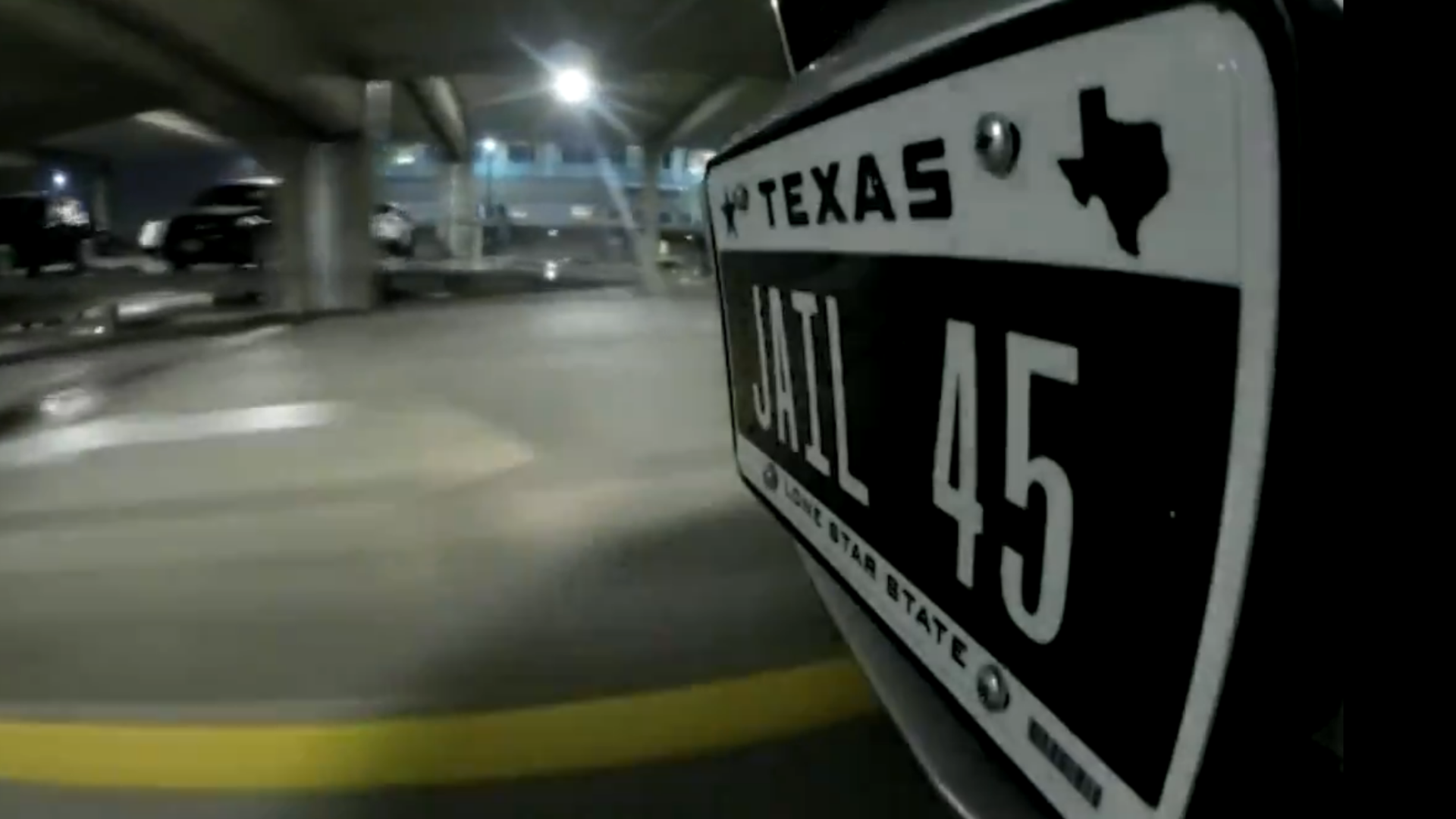 Fort Worth resident Jerry Balkenbush was fed up after the presidential impeachment hearings and wanted to send a message about his disgust for President Donald Trump.

So he ordered a vanity plate from the Texas Department of Motor Vehicles, and a few days before Thanksgiving, he affixed it to his 2011 Ford Mustang. The plate read: "JAIL 45."

Less than a month later, the DMV told him it was revoking the plate.

The Texas DMV approves about 1,000 vanity plates each week. It rejects hundreds every month that are considered lewd or inappropriate. Last year, the Texas DMV rejected requests for plates that said “NUDES,” “FATT BTM” and “GAS SLUT,” among others.

But rarely does the DMV issue a vanity plate only to take it back. That happened only 12 times last fiscal year, according to DMV spokesman Adam Shaivitz.

Balkenbush’s plate was revoked after somebody complained.

“I would be curious if they would be against ‘Lock Up Hillary,’” Balkenbush said of his critics.

Balkenbush, 43, took to Facebook to share his frustration. His Dec. 30 post included photos of the offending plate and part of the letter he received from the DMV. In the post, he vowed to appeal the cancellation up to the U.S. Supreme Court if necessary and asked for recommendations for North Texas lawyers.

“In my view, [Trump] is a crook and needs to go to jail,” Balkenbush said. “I really feel like it was a violation of my freedom of speech against the government.”

Although the DMV approved the license plate before it was manufactured, as all personalized plates must be, a review prompted by the complaint found it violated an administrative rule, part of which prohibits derogatory language.

David Donatti, an attorney with the American Civil Liberties Union of Texas, said that particular provision is vague, overly broad and, as shown by the DMV’s reversal, arbitrary. These are problems common across other states, he said.

Last year, the DMV also rejected a plate that said "BBQ BETO," which could be construed as a jab at Democrat Beto O'Rourke.

Additionally, the DMV's rule bars any references to race, ethnicity, gender and sexual orientation, whether positive or negative. Also prohibited are references to violence, drugs, law enforcement and other government entities.

Those rules are likely why the DMV also rejected requests for inoffensive plates reading "LDYJEDI," "TEXIC4N" and "SCOTUS" last year, according to records.

An Air Force veteran himself, Balkenbush said his breaking point was the White House's attacks on Lt. Col. Alexander Vindman, a National Security Council official and decorated veteran who gave testimony about the Ukraine phone call during House impeachment hearings in November.

The eighth-grade American history teacher said he considers himself a moderate and has voted for both Republicans and Democrats. He supported George W. Bush and John McCain, but voted for Barack Obama in 2012 and Hillary Clinton in 2016.

He’s made a habit of flaunting his progressive ideals in historically conservative Tarrant County.

“I’ve been called an asshole [a time] or two with my Obama shirt,” Balkenbush said. “Nothing with my plates yet, nothing that I know of, but of course someone complained and actually called the state to complain.”

The DMV letter, dated Dec. 18, said the cancellation would take effect in 30 days. Balkenbush’s options were to choose a replacement personalized plate, opt for a regular plate or appeal the decision to the DMV within 20 days. The department receives about 20 appeals per week, and most are unsuccessful, Shaivitz said.

Monday was Balkenbush’s last day to appeal. Contrary to his post, he backed down after talking to a friend who is a lawyer. But he’s not giving up on sending a political message.

“I was surprised it wasn’t taken,” he said.