Also, a Change.org petition calls for the removal of a Confederate monument in Denton's downtown square. 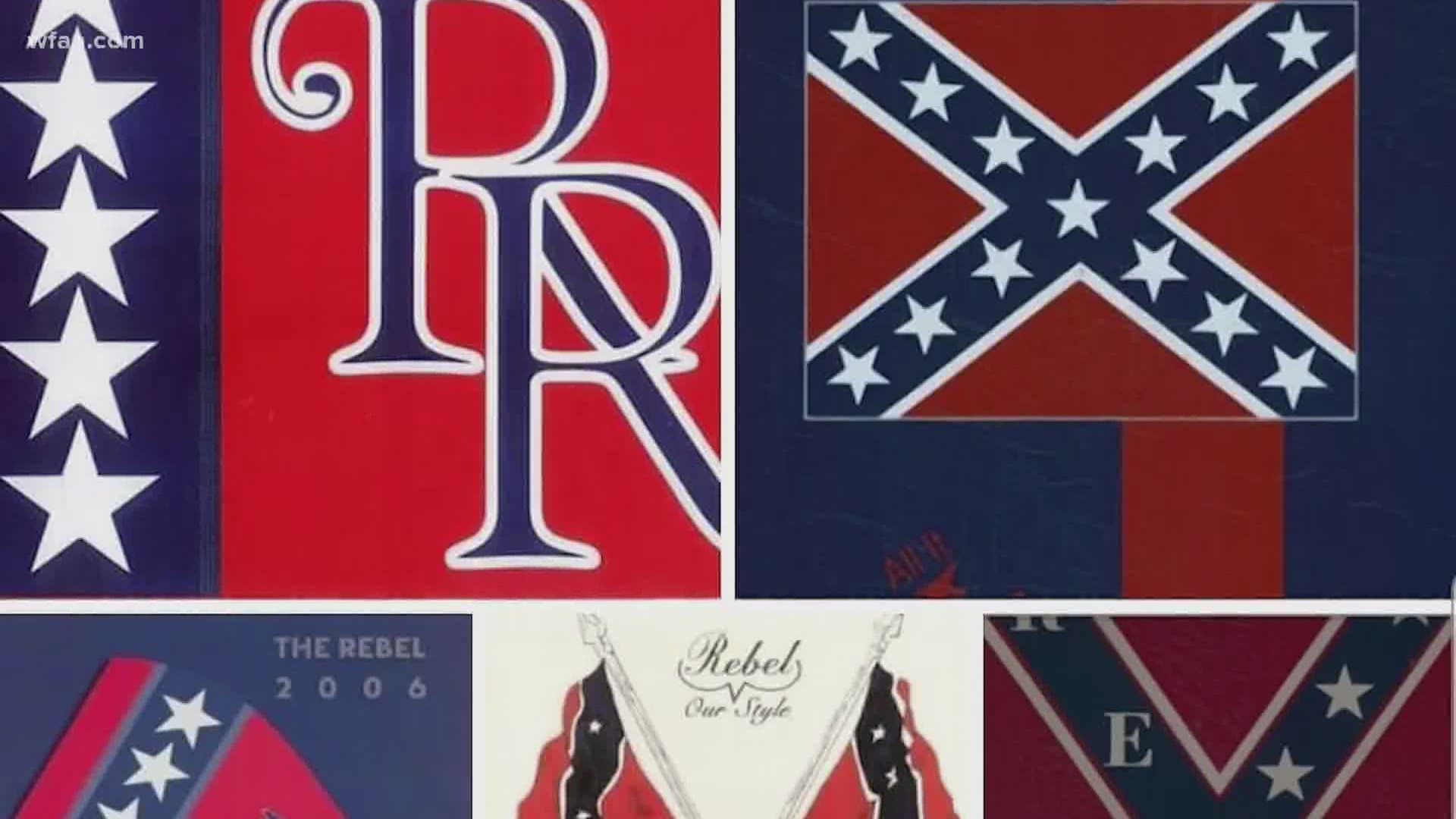 NORTH RICHLAND HILLS, Texas — Students, parents and alumni gather Monday night at Richland High School in North Richland Hills hoping that the international furor over the death of George Floyd in Minneapolis will make people understand why they want their school's mascot retired once and for all.

One of the students leading the effort is graduating senior Makayla Klie who says she loves everything about her school, except for the stars and bars and the "rebel" mascot name.

"Titles like the Dixie Bells and Johnny Reb," she said. "If you look up Johnny Reb on the internet, the things that come up are completely insulting. I mean it just doesn't define us it doesn't represent us and I don't understand why it's still there."

So, with the world reacting to, and condemning, the death of George Floyd in police custody, she's hoping for a change in her little corner of North Texas too. She started a Change.org petition called "Abolish Confederate Branding at Richland High School" with the hashtag RemoveTheRebel.

In an open letter to Birdville ISD she asks that the mascot name be changed. "To re-brand our school in an effort to make the outside world understand we are not proud of those Confederate traditions," she wrote.

"I feel like when George Floyd passed away a lot of people woke up overnight," said 2006 Richland High graduate Lucretia Goree who has joined in the petition effort. "It's time to speak up. It's time to take a stand."

"At this point we have to band together and make a stand. If we don't nothing is going to change," she said.

And 40 miles north in Denton, another petition for change is garnering thousands of signatures of its own.

"The removal of the Confederate soldier from Denton Downtown Square" has more than 30,000 signatures of support so far.

The monument on the south side of the courthouse, an oft-debated arch with a Confederate soldier statue on top and inscribed with words like "heroic self-sacrifice" is now surrounded with white balloons that say "This is racist" and "Black Lives Matter" and "Take it down."

As for Richland High and the protest planned for Monday night, a Birdville ISD spokesperson told WFAA, "We are thoughtfully listening to our community."

Lucretia, now that she has gone public with her support to change the mascot name, is thoughtfully going through hateful social media posts she received Monday, like the one that told her everything was fine before blacks started going to the school.

"Then with everything going on today, and with the support of my friends, it just felt like the right time," added Makayla Klie.

And time to find out if, after 59 years, there is now an appetite for change.