One Dallas aims to build more trust between law enforcement and communities of color by aligning intentions, resources and "listening and learning."

The Dallas chief outlined when police reforms will occur at Monday's public safety committee meeting. But many protesters outside the meeting's doors demanded action immediately.

The committee meeting came on the heels of Friday's council meeting, which lasted more than eight hours in order to hear from hundreds of residents who spoke. They, along with council members, grilled Dallas Police Chief Reneé Hall about how officers responded to protests.

City Manager T.C. Broadnax and Hall presented on Monday the "One Dallas: R.E.A.L. Change" plan and a timeline of when to implement them.

“My challenge to [Hall] was 'tell me what is it we need to be doing, that you might be able to do immediately, that should've been done long before you arrived here?’” Broadnax said.

One Dallas aims to build trust between law enforcement and communities of color by aligning intentions, resources, "listening and learning from the diverse community," the presentation said.

The presentation showed what is currently being done and what's next phase, which included a warning before shooting policy on June 12 and starting monthly reports on officer contact data on all traffic stops and citations.

On June 30, the plan says the department will create and implement a body and dashcam policy to release critical incident videos to the public.

RELATED: Thousands call for defunding police departments. What does that mean?

Many of the council members said the policies were long overdue in the need for change.

“[Protesters are] asking for change; not just police policy but in how we allocate funds,” councilman Casey Thomas said. “That’s us. That’s on us so we have to make decisions that people are not going to be really happy with… We want to make sure we implement these things that are long, long, long overdue.”

There was interest in strengthening the Rapid Integrated Group Healthcare Team (RIGHT Care) which responds to mental health-related 911 calls. The One Dallas plan said on Oct. 1 the program could include additional teams with more services and training.

In the plan was to implement a system that will help identify officers who have three or more incidents, which may require additional training. That is slated to go into effect Nov. 27.

Councilman Adam Bazaldua called for the department to reject any new hire who has a record of complaints from other agencies.

They also called for more frequent de-escalation training, which is currently required every two years.

Hall said officers were already expected to intervene but the department outlined the "duty to intervene" policy to make it clear for the public.

Councilmembers asked for better information from Hall about what happened on the bridge that night and said they were gathering their information from their constituents and social media since she had not addressed it.

“I have a narrative in my mind, I just want more help from you so I can be more clear to my constituents," Blewett said.

The incident eroded trust that was established in the community, which has to be restored after what happened last week. 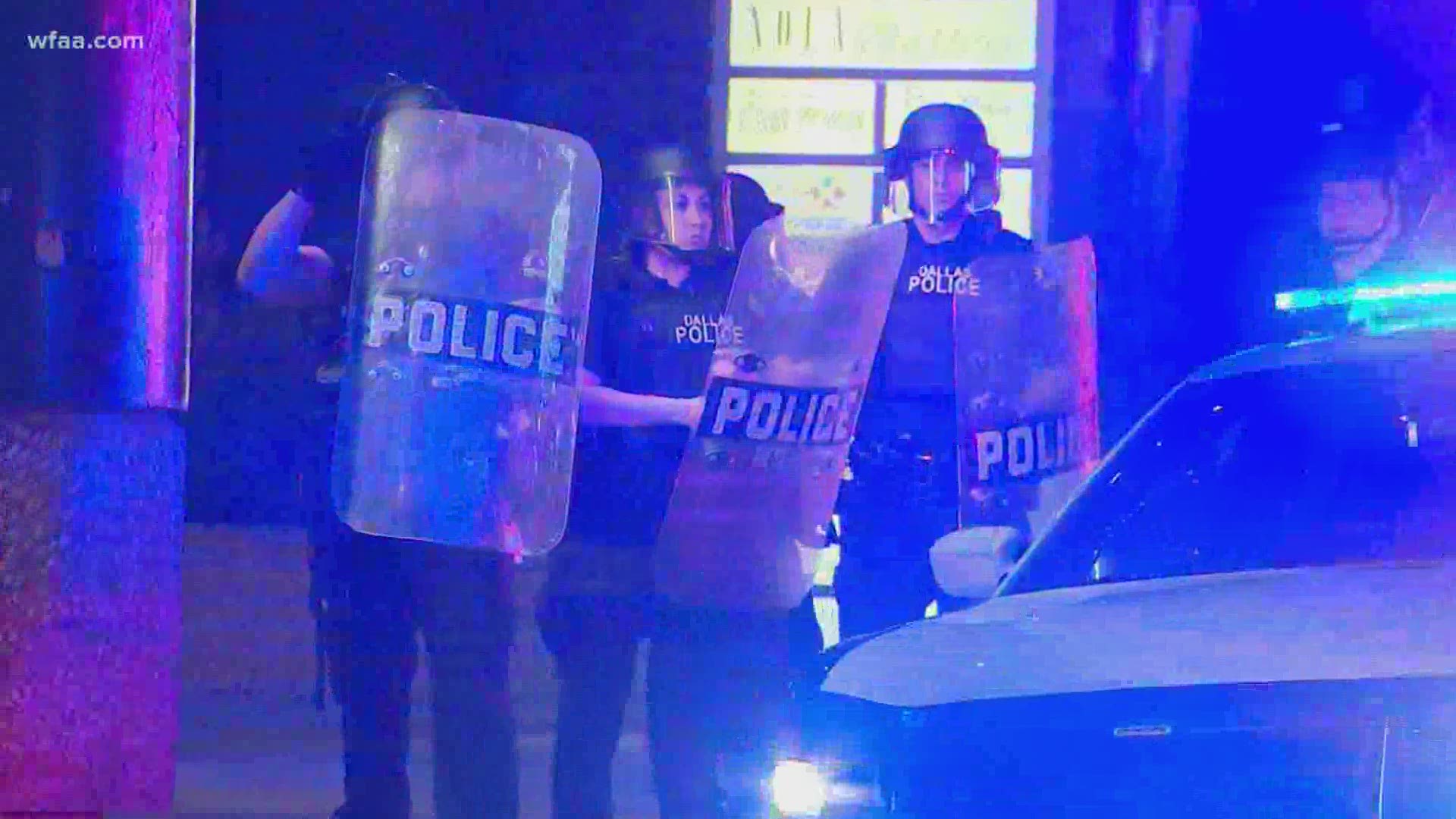