How police made an arrest in the Dallas apartment explosion, according to the affidavit

Dallas police caught a lucky break after a resident found the shell casing and turned it over to police, records show. 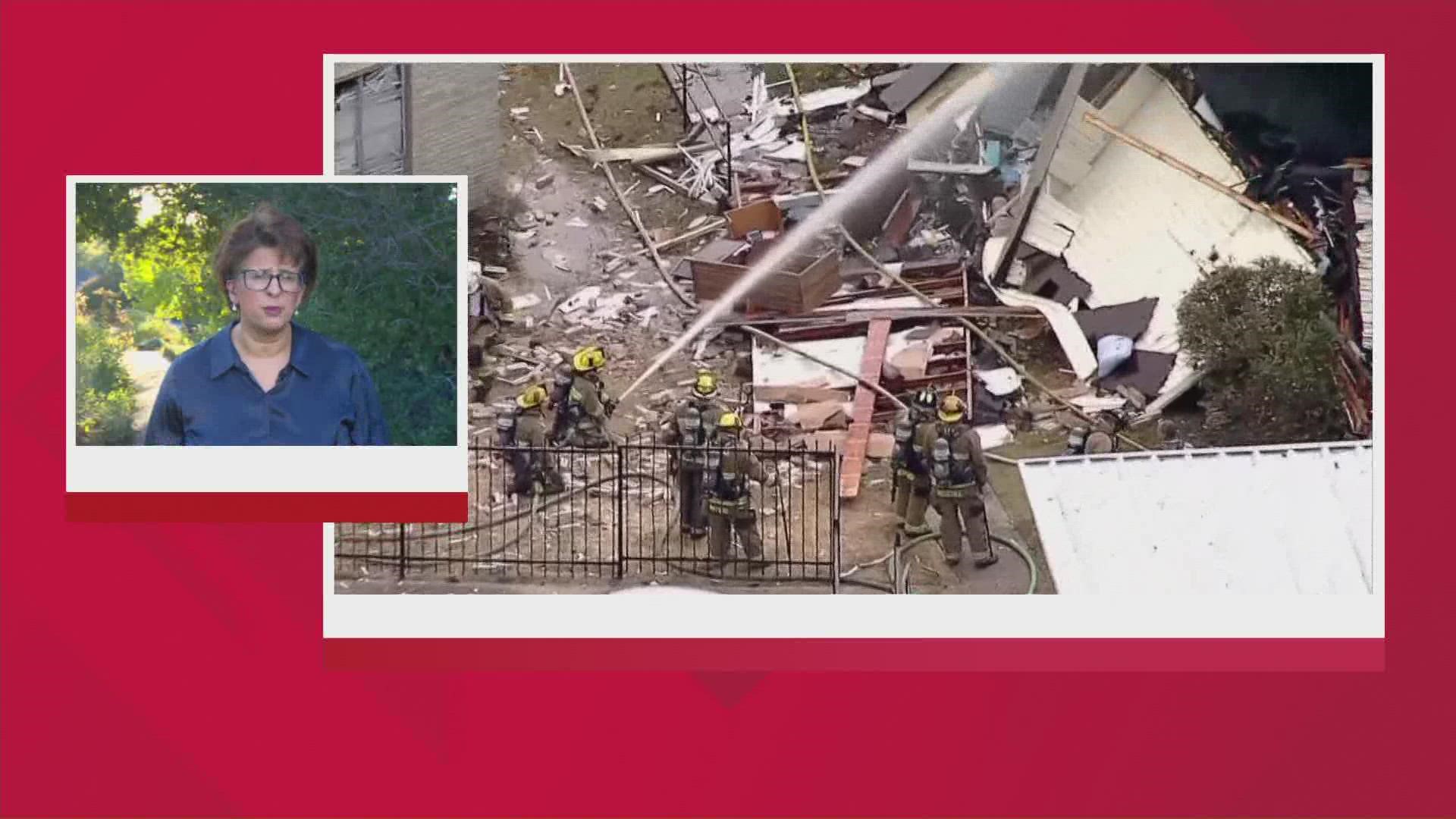 DALLAS — A shell casing found in the grass outside an apartment building that blew up in southern Dallas matches a gun belonging to 28-year-old Phillip Dankins, according to court records obtained by WFAA.

The shell casing was found by an apartment resident hours before the explosion, records showed. The resident turned it over to police more than a week later.

Dankins is currently being held in the Dallas County jail on bail totaling $450,000. He faces seven deadly conduct charges in connection with the blast.

Four Dallas Fire-Rescue firefighters and three employees of the apartment complex were injured in the blast.

“All injuries were due to the explosion caused by the shot oven gas line,” court records said.

Dankins has been in custody since Oct. 2.

According to court records, the string of events that led to the explosion began Sept. 28, the night before the explosion.

About 10 p.m., Dankins had gotten into an argument with the mother of his eight-month-old son, records stated. An apartment resident saw her outside with her son and let her take refuge in his apartment. Dankins came looking for her. The resident pointed a gun at Dankins, making him leave. The resident then made her leave his apartment. He then left, too.

Between 10:30 and 2:30 a.m., Dankins returned and shot several round into the front door and side windows of the apartment, the court records said.

“One of the bullets went through the hose behind the oven causing the gas leak,” court records said.

The records did not indicate that anyone actually saw him fire the gun.

Firefighters arrived on scene to check out the gas leak. They met employees of the apartment complex.

“At this point, the gas from the oven ignited,” the court records said.

Court records detailed the injuries and what happened next:

The records also detailed how Dankins became a suspect.

Two days after the explosion, an arson investigator told police that the explosion had been caused by a gunshot.

An investigator interviewed Dankins’ girlfriend and she described the argument with him.  She said she did not see him shoot the apartment but told police on Sept. 26 he had chased with a gun.

The apartment resident confirmed that he had let her into the apartment and told police he was worried about them being out late at night. He said he knew Dankins had assaulted her several times before.

On Oct. 2, Dankins was arrested on suspicion of aggravated assault in connection with the Sept. 26th incident.

Near where he was arrested, police found a black backpack containing crack cocaine, marijuana, powder cocaine and a Ruger 380 handgun, court records stated.

Court records said he waived his Miranda Rights against self-incrimination.

He told police that he had walked around the complex for several hours before getting an Uber ride to South Dallas around 2:30 a.m. He did not acknowledge firing into the apartment.

Dankins did, however, admit to owning the gun, along with the drugs, records stated.

On Oct. 9, detectives began calling residents who had been displaced by the explosion.

One of the residents, who lived in the building that blew up, told police that about five or six hours before the blast she was walking to walk. She said she noticed several shell casings on the grass. She picked up one of the casings and kept it.

She then gave it to police after speaking with the detective.

On Oct. 18, a comparison came back stating the handgun found with Dankins “fired the casing found at the crime scene,” records stated.

If you'd like to help the other injured firefighters with unforeseen costs associated with their injuries, a GoFundMe has been created.