On Wednesday, the department released the names of those firefighters who were hurt while responding to reports of a gas leak at the Highland Hills Apartments. 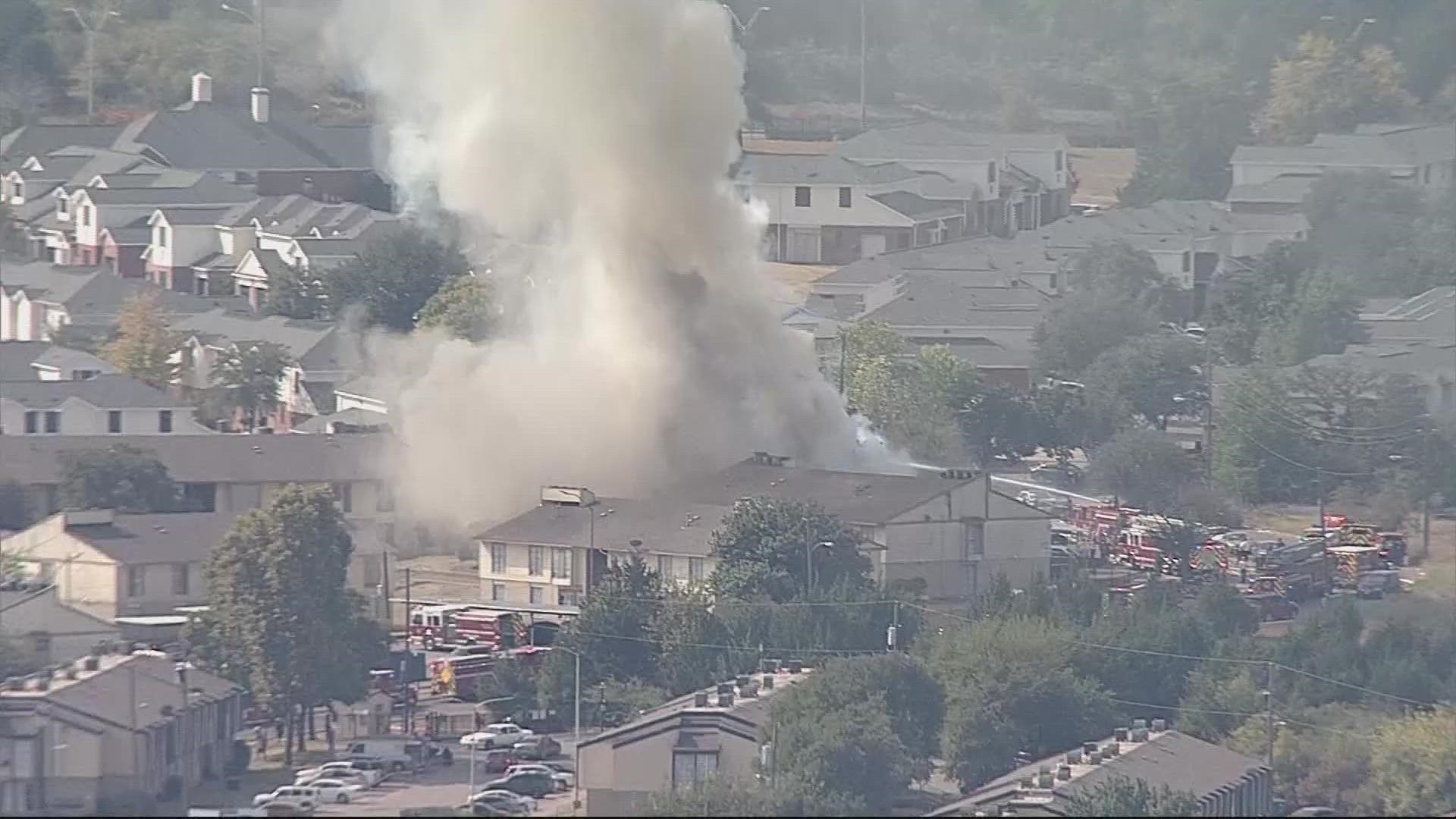 DALLAS — Updated Oct. 15 with news that one firefighter was released.

The Dallas firefighters hurt in last month's apparent gas leak and explosion at an apartment complex are "on the road to recovery," according to Dallas Fire-Rescue.

On Wednesday, the department released the names of those firefighters who were hurt while responding to reports of the smell of gas at the Highland Hills Apartments on Sept. 29.

When crews arrived, somehow the explosion was sparked, leveling an entire side of one of the complex's units and badly damaging other adjacent apartments.

Eight people in all - including four Dallas firefighters from Station 25 - were hurt in the explosion. Though most of the people hospitalized were released, two of those firefighters are still recovering.

On Wednesday, the department said the three firefighters were "improving" and stable, however, they were still in serious condition.

"The Department is so grateful to the many doctors, nurses and other staff at the Parkland Emergency Department, BioTel, the Trauma Center and Burn Center for the expert care and compassion shown to our members," said Dr. Marshal Isaacs, the medical director for Dallas Fire-Rescue said in a statement. "It is thanks to them and the strength of these firefighters and their families that they are well on the road to recovery."

Click here if you would like to help donate to the recovery of three of the firefighters.

On Friday, Oct. 15, she was released from the hospital.

Investigators are still working to figure out the cause of the explosion.