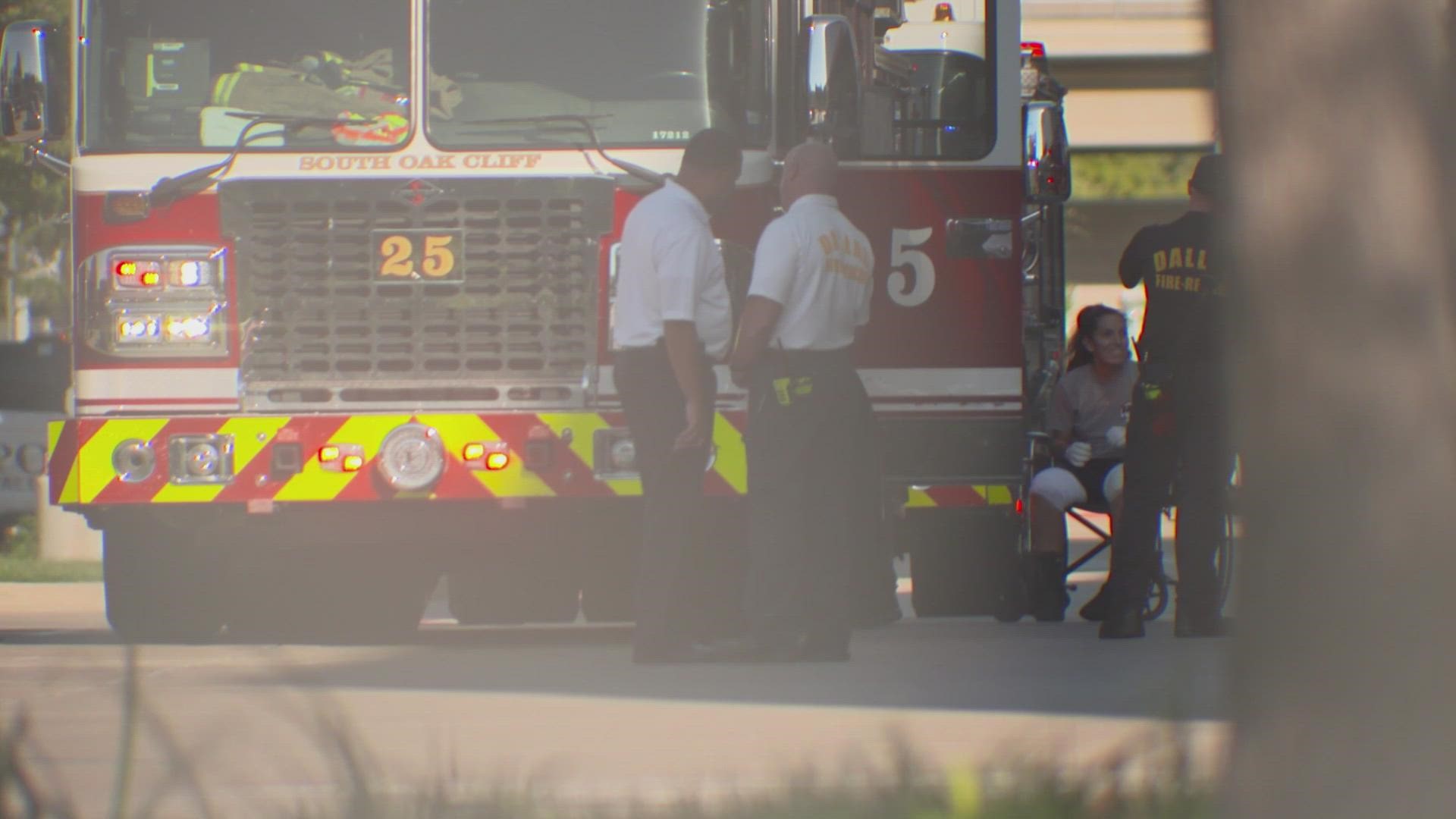 DALLAS — Dallas Fire-Rescue says one of three firefighters critically injured from an apartment explosion on Sept. 29 was discharged from the hospital Friday.

On Friday, many of her fellow firefighters and Fire Chief Dominique Artis were outside of the hospital doors waiting for Perez.

Captain Christopher Gadomski, another firefighter injured, came downstairs to send her off. They hugged and said a prayer before she went home.

According to family, driver engineer Ronald Hall, also badly injured in the explosion at the Highland Hills apartment complex, was in surgery on Friday afternoon.

Perez was escorted home on Truck 25, the unit they were working on the day of the explosion. Firefighters, family and friends clapped and cheered as the truck left hospital grounds.

While Perez is going home, her recovery is far from over. Gadomski and Hall also have a long way to go, according to Dallas Fire-Rescue.

A GoFundMe page was created to help the three firefighters and their families.