It took Plano Mayor Harry LaRosiliere and seven councilmembers hours to come to a 5-3 vote. "Without an enforcement component this is just a wish," LaRosiliere said. 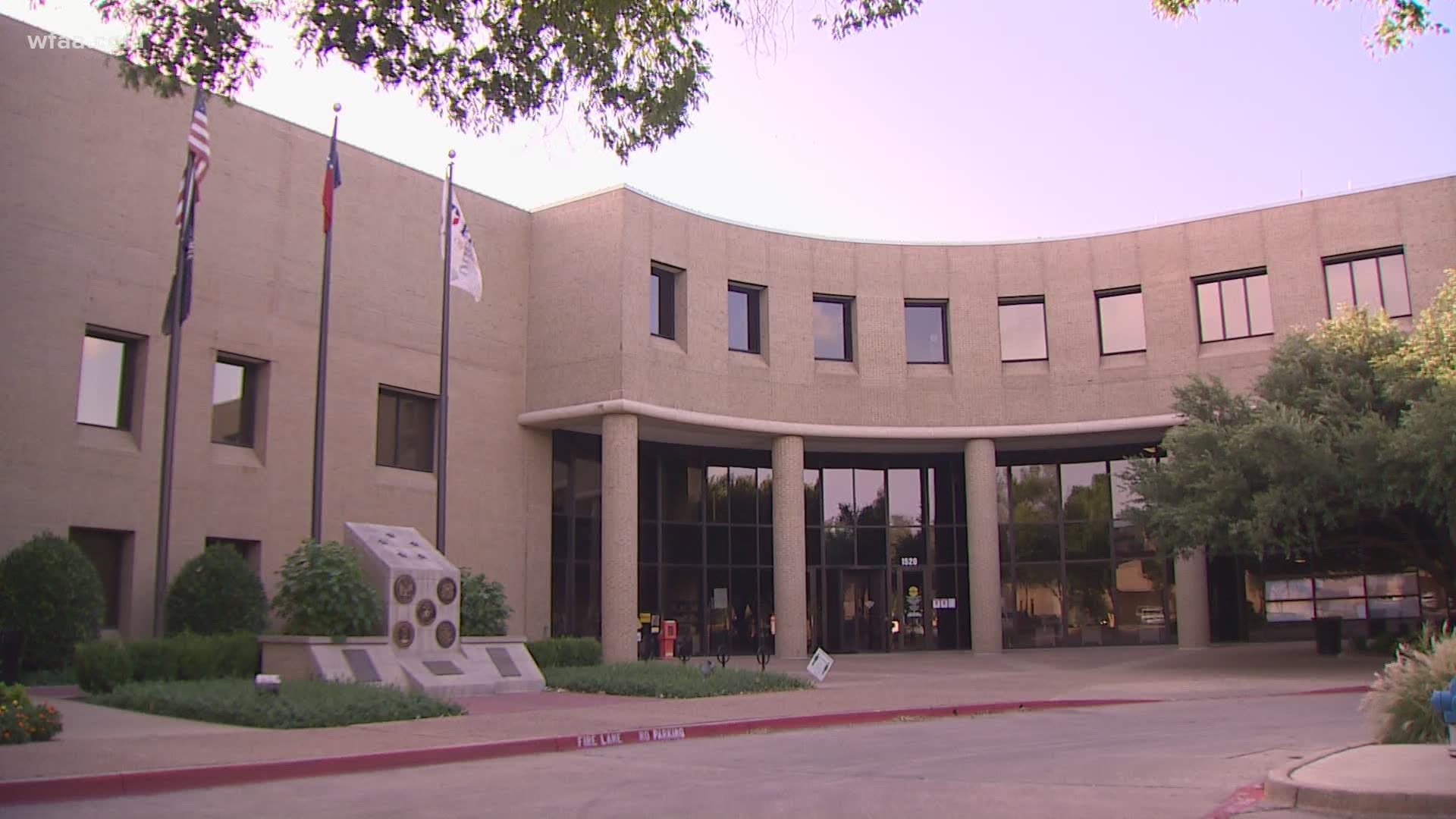 PLANO, Texas — The city of Plano approved a resolution late Tuesday night that "strongly recommends" people wear masks at businesses within the city. It took the mayor and seven councilmembers nearly four hours to come to a 5-3 vote.

The first vote, taken just minutes earlier, would have required masks at businesses and added an enforcement component where businesses would be fined after the second offense. That ordinance did not pass and only got a 4-4 vote.

"Without an enforcement component, this is just a wish," argued Plano Mayor Harry LaRosiliere.

RELATED: The psychology behind decisions on wearing masks during COVID-19 pandemic

"It's incumbent on us to do as much as we can in a prudent manner. This moment begs us to rise. We are not stepping out on the ledge," said LaRosiliere.

Some Plano business owners told WFAA they are in favor of masks.

Zane King spoke to WFAA after the council meeting. King is the executive director of the Downtown Plano Arts and Heritage Foundation. The group represents up to 120 merchants in the downtown area. King says some shops already have some form of mask requirement.

RELATED: Here are the cities and counties in D-FW that require face masks at businesses

"We know the virus is here. We have people diagnosed every single day," said King.

King did not weigh in on the decision before the council meeting but did say he supports whatever promotes business. He said the pandemic led to two merchants closing for good.

"If wearing a masks will help people feel safe, then we're all for it. Anything to get people here to downtown Plano," he said.

Michael Hamilton started La Foofaraw 11 years ago. The interior home design and decor shop has hand-sanitizer and face masks at the front door for customers.

"We gotta fight this together or we're gonna relapse like we're doing. Suck it up and put [the mask] on," said Hamilton.

Hamilton admits he hates wearing the mask but does wear it for the greater good of the people. He jokingly said he doesn't like the way it fogs up his glasses or how it wears around his ears or even how hot it makes him.

But he says he's willing to do whatever makes the customer feel comfortable and safer.

There appears to be no disagreement on council whether masks work, just how it's enforced. But if you ask some of the business owners downtown they'd rather see a mask than another shutdown.