There was such high demand that the program ran out of $100 gift cards. 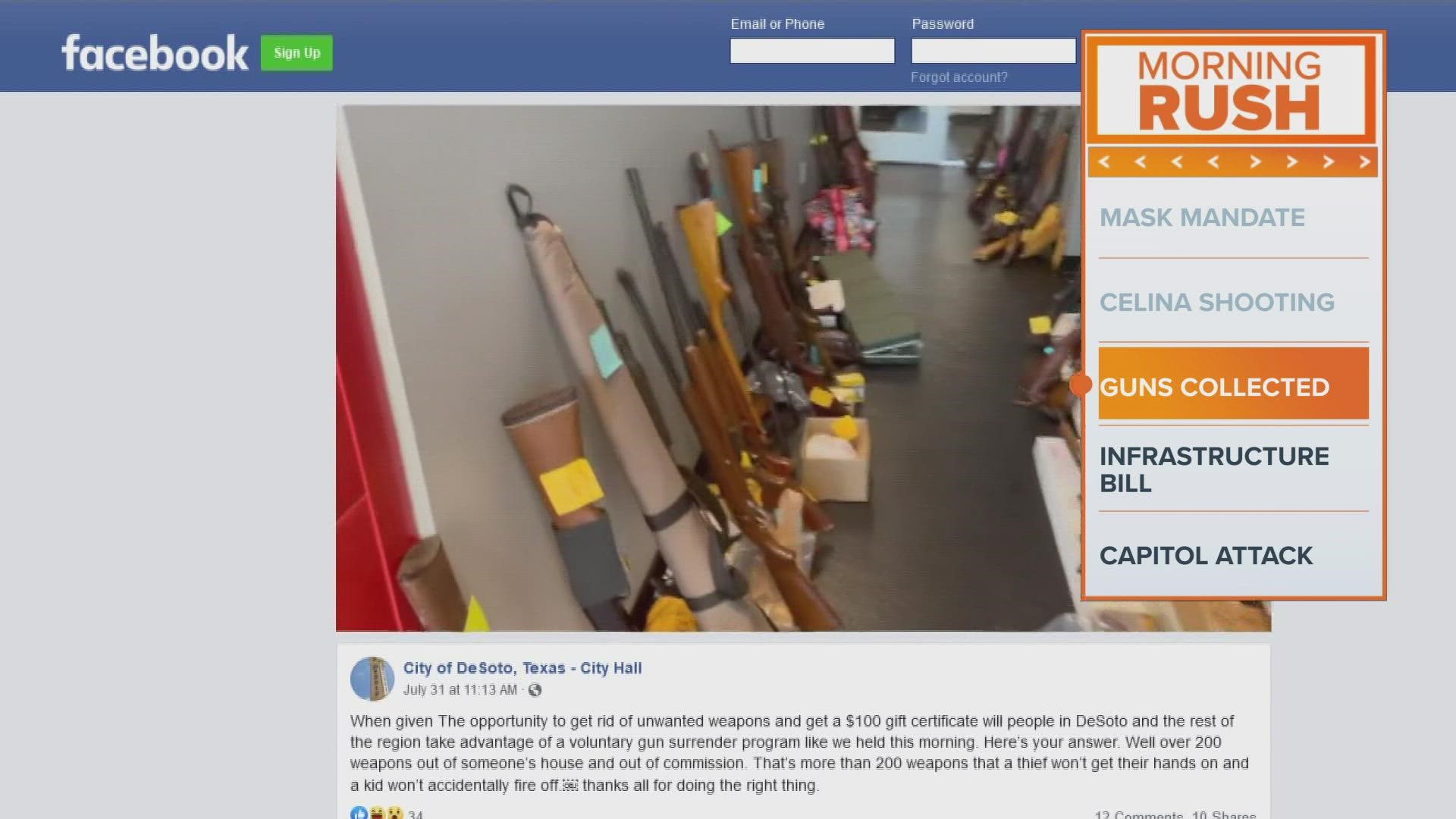 DESOTO, Texas — Over 250 firearms were handed over during the city of DeSoto's gun surrender program Saturday.

The "no questions asked" program asked residents to voluntarily surrender unwanted firearms and ammunition in exchange for a $100 gift card. There was so much demand that they ran out of gift cards and gave out personal IOUs, DeSoto police said.

People came from all over Dallas-Fort Worth for the program, the city said. Firearms surrendered included handguns, long rifles and shotguns, DeSoto police said.

"Well over 200 weapons out of someone’s house and out of commission," the city said in a Facebook post. "That’s more than 200 weapons that a thief won’t get their hands on and a kid won’t accidentally fire off. Thanks all for doing the right thing."

The initiative was from the DeSoto Police Department, City of DeSoto, Community Missionary Baptist Church and the Dallas County District Attorney's Office. The police department plans to destroy the firearms after checking the weapons.

"This program is dedicated to ensuring safety within our communities by providing a safe place for citizens to surrender their unwanted firearms and ammunition," the program flyer said.

Residents could also request officers to retrieve the gun and ammunition from their homes.