Teachers in the Arlington, Dallas, Fort Worth and Irving independent school districts might all see pay increases or bonuses, according to those districts. 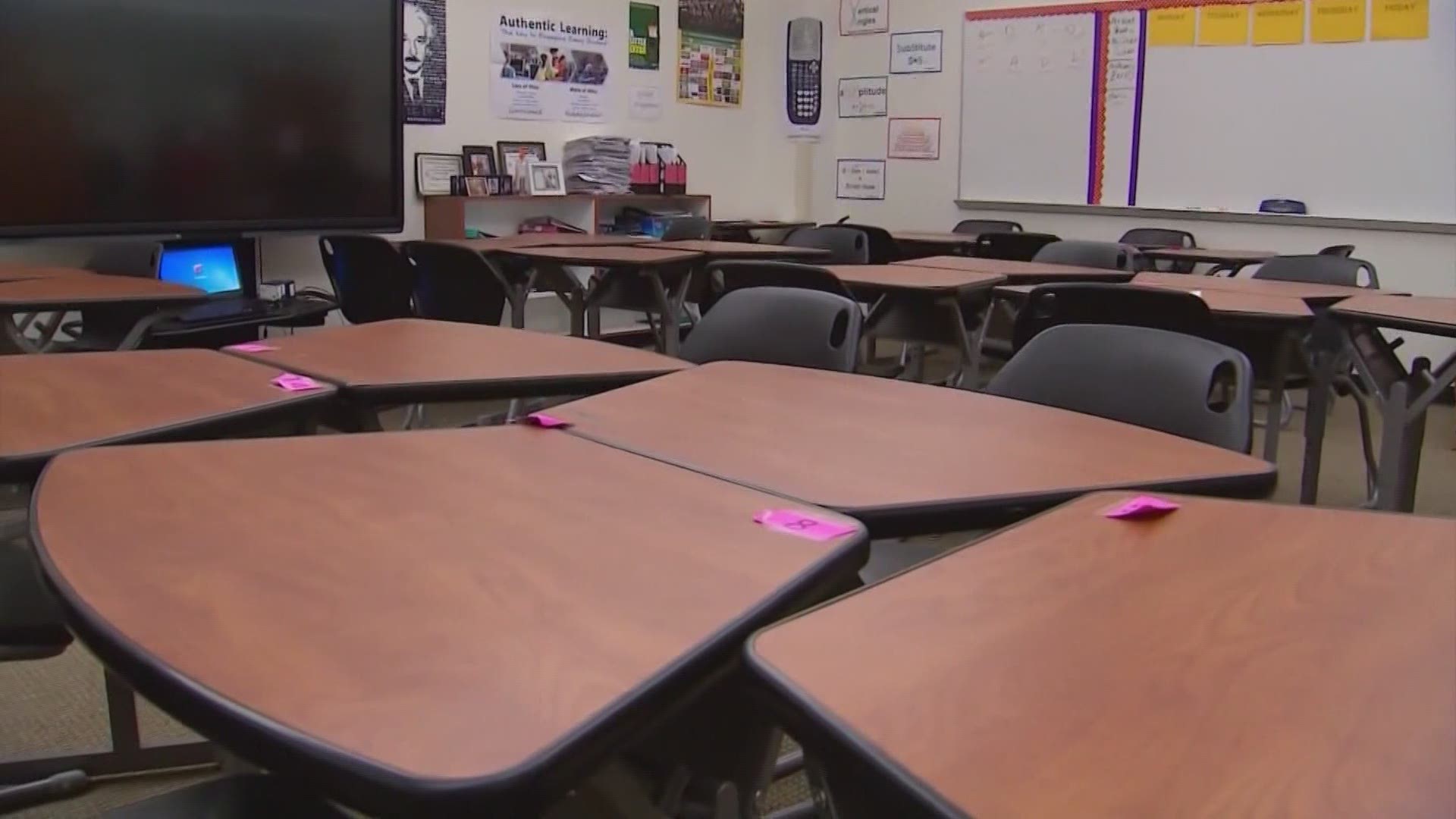 DALLAS — Editor's note: This story has been updated with the approval of DSID's budget, including a 2% pay increase for teachers.

Several teachers across the Metroplex are poised to get a bump in pay in the upcoming school year.

Teachers in the Arlington, Dallas, Fort Worth and Irving independent school districts might all see pay increases or bonuses, according to those districts.

During a Tuesday night board meeting, Arlington ISD approved the 2021-2022 budget, which included a 4% pay raise for teachers, librarians and other employees paid on the teacher scale. Board officials said in a release it was the second-straight year the board approved a 4% raise for the group.

Arlington ISD employees paid on salary schedules other than the teacher salary schedule, as well as substitute teachers, will also see a pay increase, the district said.

A Dallas ISD proposal, discussed in a June 24 meeting, proposed a budget increase of up to $19.3 million for pay for teachers, principals and others. It would also provide an increase in the district minimum wage to $13.50 an hour, according to the proposal. The budget - which ultimately approved a 2% pay raises was approved, and is effective as of June 30.

The average salary for a DSID teacher is roughly $63,000, according to the district.

Meanwhile, Fort Worth ISD approved a 4% salary increase for employees during a Tuesday board meeting.

Finally, in Irving, district employees will be getting a one-time $2,000 bonus, while new teachers can also expect a $1,000 signing bonus, according to officials. Duncanville ISD is also offering a $2,500 one-time payment to employees, the district said, to "reward current employees for their perseverance and commitment to students in overcoming challenges faced during the past school year." To receive the one-time payment in Duncanville, employees must have been employed in the district as of Sept. 1, 2021.

Steven Poole, the Executive Director of the United Educators Association, which represents 43 school districts and 26,000 members, said the raises were much needed.

"It's what we promised the voters the past fall, when they voted for a tax increase," he told WFAA's Tiffany Liou.

He said teachers had to go through a tough year with the pandemic, "changing on a dime," with many leaving the only career they've known.

"As we see more of the resignations come over the summer, I think there are going to be a lot of quality teachers who have chose, 'this is not for me,' and that is unfortunate."

He said Fort Worth's pay increase is the largest teacher pay raise for the district in many years for a group of people who deserve it.

"They were overwhelmed from the very beginning, and the burnout was really real," Poole said of teaching during the pandemic. "They did an amazing job. They showed grace under fire."