The woman, who was eight months pregnant, was leaving church and walking through the parking lot when the gunfire began. She delivered a healthy baby boy. 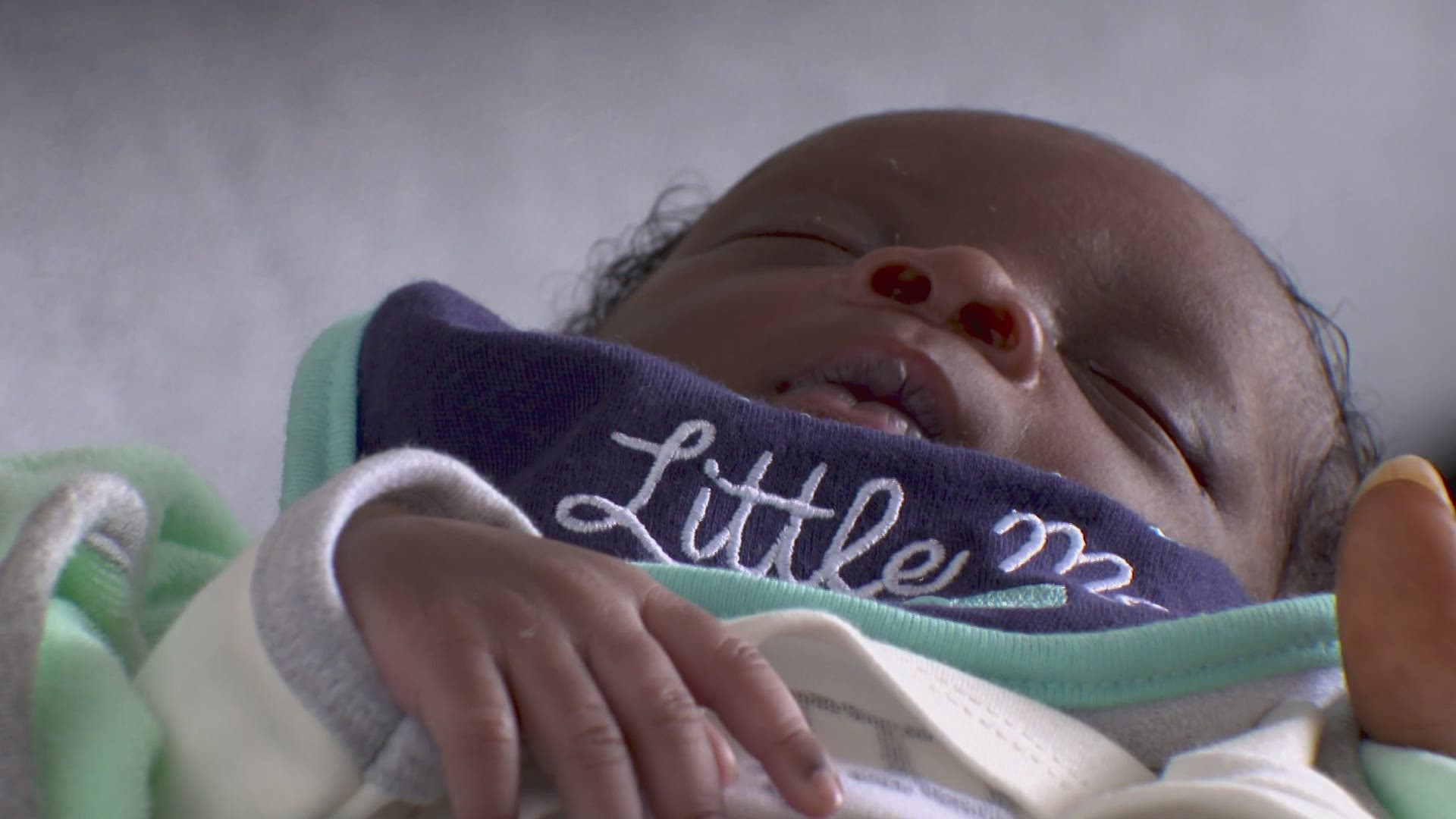 DALLAS — A 31-year-old man now faces a charge of aggravated assault after a shooting in May left a pregnant mom caught in the crossfire, police said Wednesday. She was shot and was taken to the hospital where she delivered a healthy baby boy.

Zachery Leffall, 31, was arrested on Tuesday and was booked into the Dallas County jail. Police said he confessed to his involvement in the shooting.

The incident happened on May 30 around 1 p.m. at a strip mall on the 9700 block of Forest Lane, according to Dallas police.

The woman, who was eight months pregnant, was leaving church and walking through the parking lot when the gunfire began. A group of men were shooting at each other across the lot and Victoria Omisore was hit.

"(I) felt the sharp movement of the baby," Omisore recounted. Moments later, "the blood gushing out."

She was afraid her unborn child was hurt.

"I saw the blood was gushing," described Monisola Olajuyigb, the pastor’s wife. "She kept saying, 'oh my baby.'”

Omisore was rushed to a hospital where doctors performed an emergency Caesarian-section. She delivered a healthy baby boy, coming in at 6-pounds, 8-ounces. The bullet, they said, was in her pelvic region and just missed the baby.

“Even the doctors couldn’t believe it,” said Pastor Olawole Olajuyib. "It’s a miracle the baby is alive. The bullet narrowly missed the main veins."

Now, after being released from the hospital, with a new bundle of joy whose life was inches from being taken away, she said she can only thank God for her health and that of her baby's. She named him Marvelous.

"God gives me the grace to see him alive," mom Victoria Omisore told WFAA, days after the shooting. "Thank you Jesus Christ for saving my baby."

“Thank you Jesus Christ for saving my baby.”

32 y/o mom, an immigrant from Nigeria was shot during crossfire in NE Dallas last Sunday.

Mom & her 2 daughters were leaving church when it happened.

She named him Marvelous. Marvelous is now 10days old. 💙