Wednesday's Child: 17-year-old Gavin hopes to find his forever family before aging out of foster care

"There's still a chance I can but there's also a big chance I won't because most kids my age, it doesn't always go through," 17-year-old Gavin said. 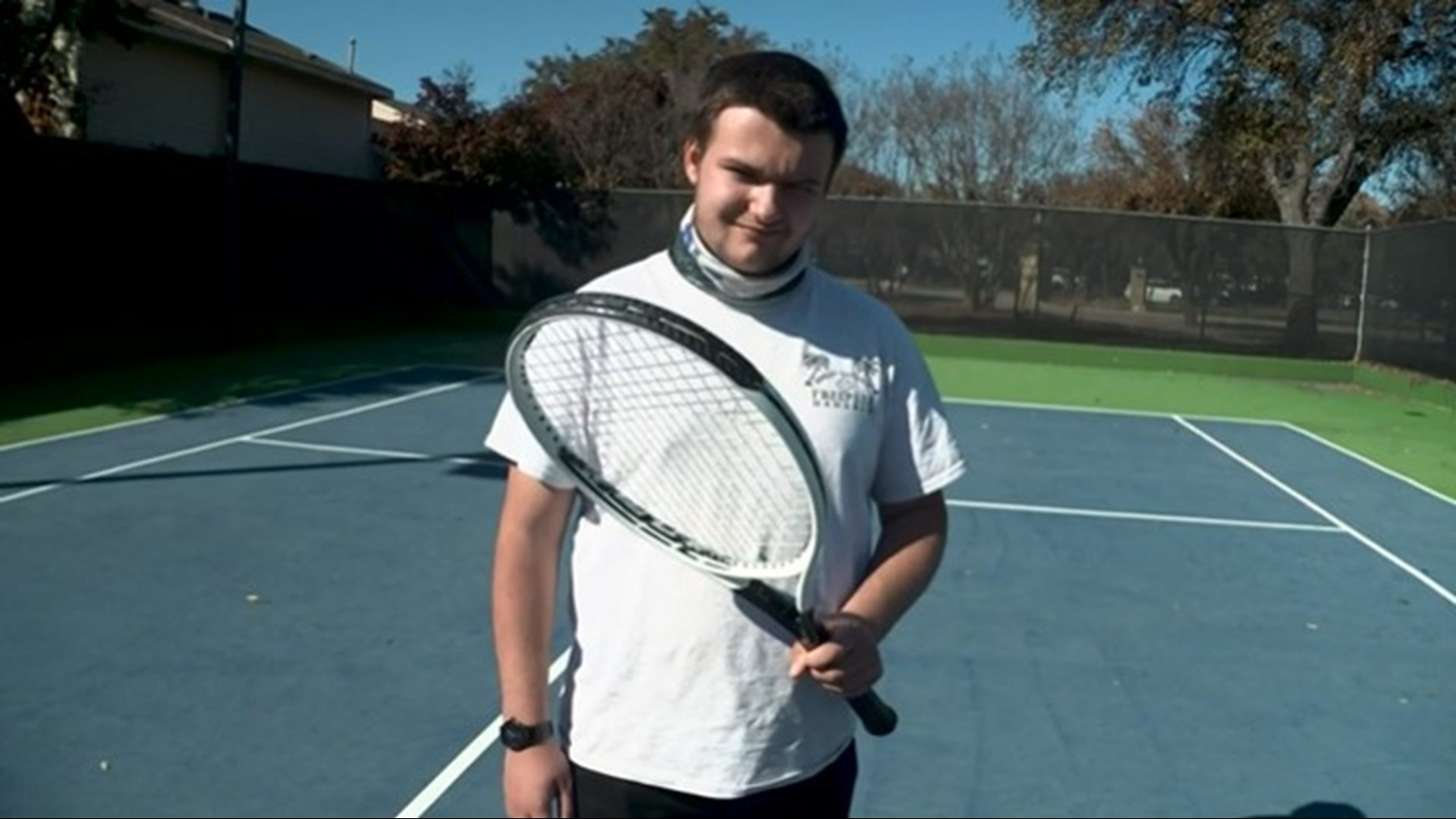 FARMERS BRANCH, Texas — November is just eight months away. That's when 17-year-old Gavin becomes a legal adult and ages out of foster care.

If this week's Wednesday's Child story works, Gavin will find a forever family before that happens.

Gavin has never played tennis before, but he got a great private lesson at Brookhaven Country Club in Farmers Branch.

When asked what he liked the best about his lesson, he laughed with his response.

"I mean the fact I got to hit something!" he said.

He got into the swing of things in no time, just like he's learned to do his entire life.

Gavin is looking for the right match when it comes to finding his forever family.

"I guess someone that can be there for me, help me out whenever I need it," he said.

Harris described the family that would best match Gavin.

Harris is trying to find Gavin a home before he ages out of foster care. He turns 18 years old in November.

Gavin says he isn't worried about the future, because he knows his foster dad will not abandon him.

"He's the only real father figure I've had," said Gavin about his foster dad who he calls "Mr. G."

Gavin wants to be adopted but understands the ball is now in someone else's court.

"At this point, I really don't know. There's still a chance I can but there's also a big chance I won't because most kids my age, it doesn't always go through," he said.

While Gavin wants a forever family, he is encouraged by his foster dad and CPS caseworker. Gavin knows his support group won't give up on him.

"My prayer for Gavin is someone will watch this video and I pray that it touches their heart, and they reach out and they step up. If you see a need, step up," said Harris.

For more information on Gavin, please send all approved home studies to LaQueena Warren at LaQueena.Warren@dfps.texas.gov.

Please remember to include Gavin's name within the subject line. If you're not licensed, please visit adoptchildren.org to find out more information on how to become licensed to foster and/or adopt or contact LaQueena Warren at 817-304-1272.