The true meaning of Memorial Day: Veterans march held in Fort Worth in effort to help families who’ve lost loved ones

Carry The Load has been spreading its Memorial Day message for 10 years. 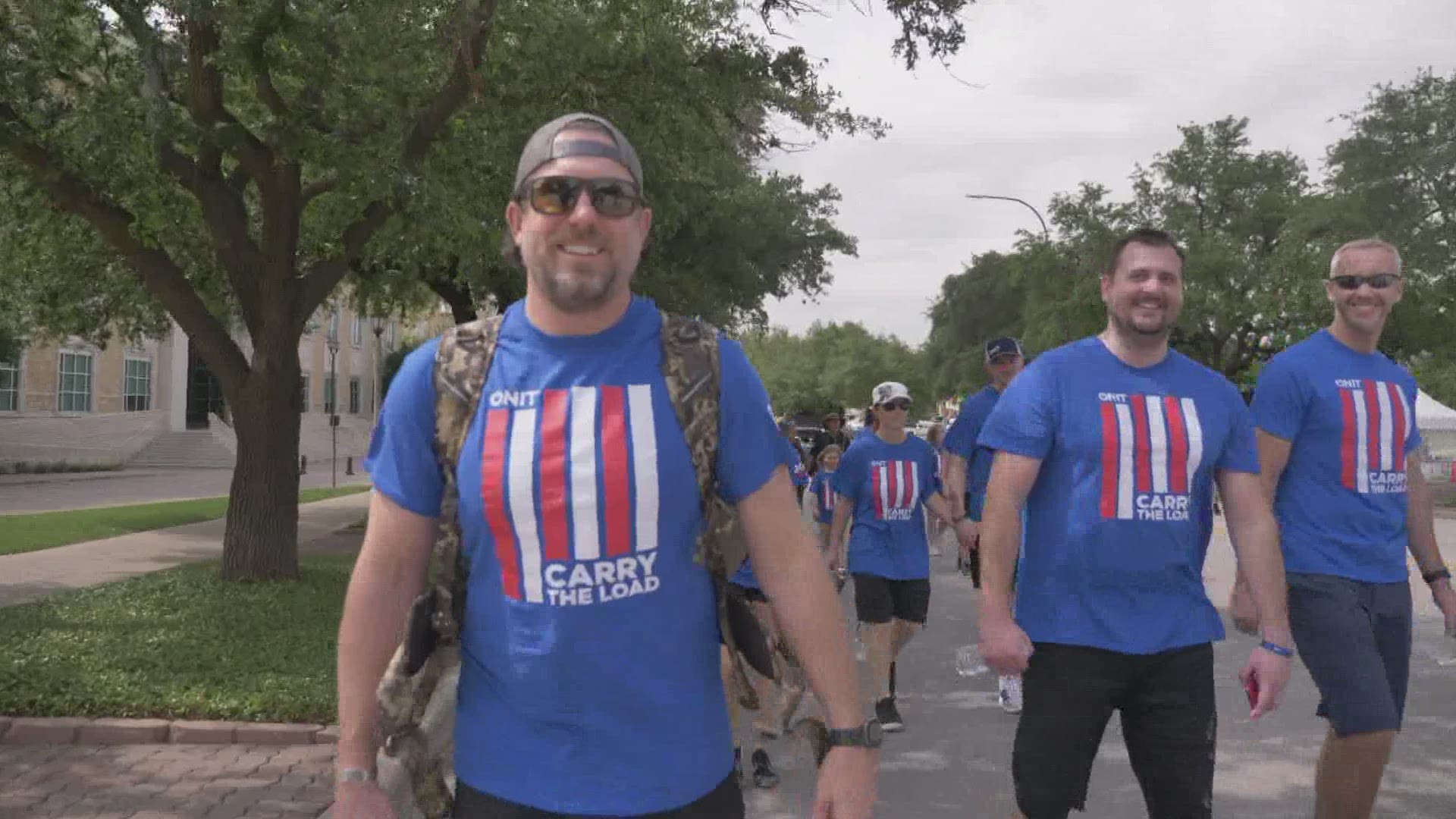 FORT WORTH, Texas — Step by step, veteran Curtis Kindred joined almost 100 others for Saturday’s Carry The Load march along the Trinity River, leading up to Memorial Day and its true meaning.

“This weekend is about not barbecues and beers and all that,” Kindred said. “It’s about remembering the folks who volunteered to give us what we have today.”

Along the route, it isn’t his pack that weighs him down, but rather a sense of loss felt by many along the same path.

“I’m used to carrying heavy stuff,” Kindred said. “My whole family is veterans, military, and we’ve all had friends and colleagues that have not made it home.”

Jason Dickens organized Saturday’s march in Fort Worth, and said the mission is to remind people of the true meaning of Memorial Day, but to also raise money for veterans and families who have lost a loved one.

“I’ve never served myself, but I have a lot of friends who have and they’ve lost a lot of their brothers and made sacrifices. So, the reason that I do it is all of my friends,” said Dickens.

Carry The Load started as single march in Dallas in 2011, but has grown to over 70 rallies in 46 states in the last 10 years.

“I think the cause is great,” Kindred said. “I think what they’re doing to raise money for the fallen is absolutely what we should be doing this weekend.”

Carry The Load culminates May 30 and May 31, with two days of events at Reverchon Park in Dallas.