'That hit me incredibly hard': McKinney man says volunteering with Carry The Load led him to Naval Academy

Brendan Corcoran of McKinney credits Carry the Load and its collaboration with the Boy Scouts for leading him to the U.S. Naval Academy. 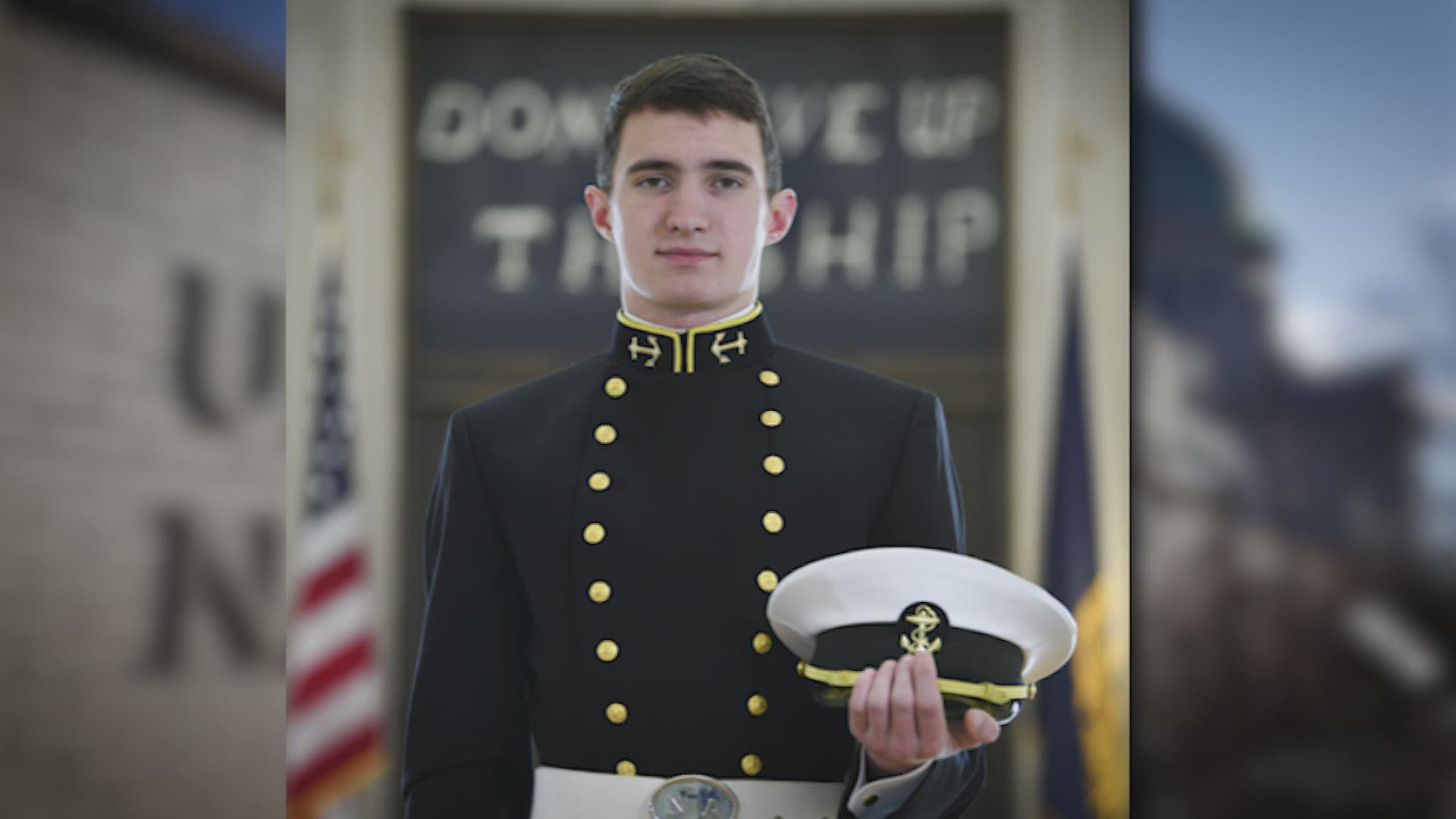 DALLAS — Carry the Load will celebrate its 10th anniversary: a "decade of honor" also proving inspirational for the next generation. The event takes place this weekend in Reverchon Park in Dallas.

At each Carry the Load event, a group of Boy Scouts spends hours planting American flags in the grass, one for each American military life lost since 9/11. An exercise, you might think, could scare someone and lead them away from taking that same chance with their own life.

Brendan Corcoran explains why you would be wrong.

"And that hit me incredibly hard," he said, "and made me realize I want to continue to be a part of this."

He was a boy scout from McKinney, Troop 496 to be exact, and a Carry the Load volunteer for several years at the Memorial Day weekend events at Reverchon Park.

And its impact on him?  Our Zoom interview conversation took place from his dorm room at the Naval Academy in Annapolis, Maryland. Corcoran is in his third year. Scouts and Carry the Load convinced him this is where he wanted to be.

When Navy SEALs Stephen Holley and Clint Bruce started Carry the Load a decade ago, they didn't imagine 50 other veteran assistance organizations jumping on board, tens of thousands of volunteers joining the cause, and a next generation of Midshipman impacted by all of this. Like a kid from McKinney on his way to becoming a Naval officer who, if he gets his wish, will lead an infantry division of United States Marines.

"In my career I want to lead people and be able to start making a difference," Corcoran said. "And being in the U.S. Navy gives you the ultimate opportunity to be able to do something that matters."

"There are so many places the Navy and the Naval Academy can take me. Whichever way it goes I think I'm going to be happy."

And the men and women of Carry the Load are happy that a next generation is ready to carry too.

To learn more about Carry the Load and the events this weekend in Dallas you can find more information here.