"I sit back and I'm a paragraph on a page of an amazing book, right? And that's really a lot of fun. That's really powerful," said Clint Bruce. 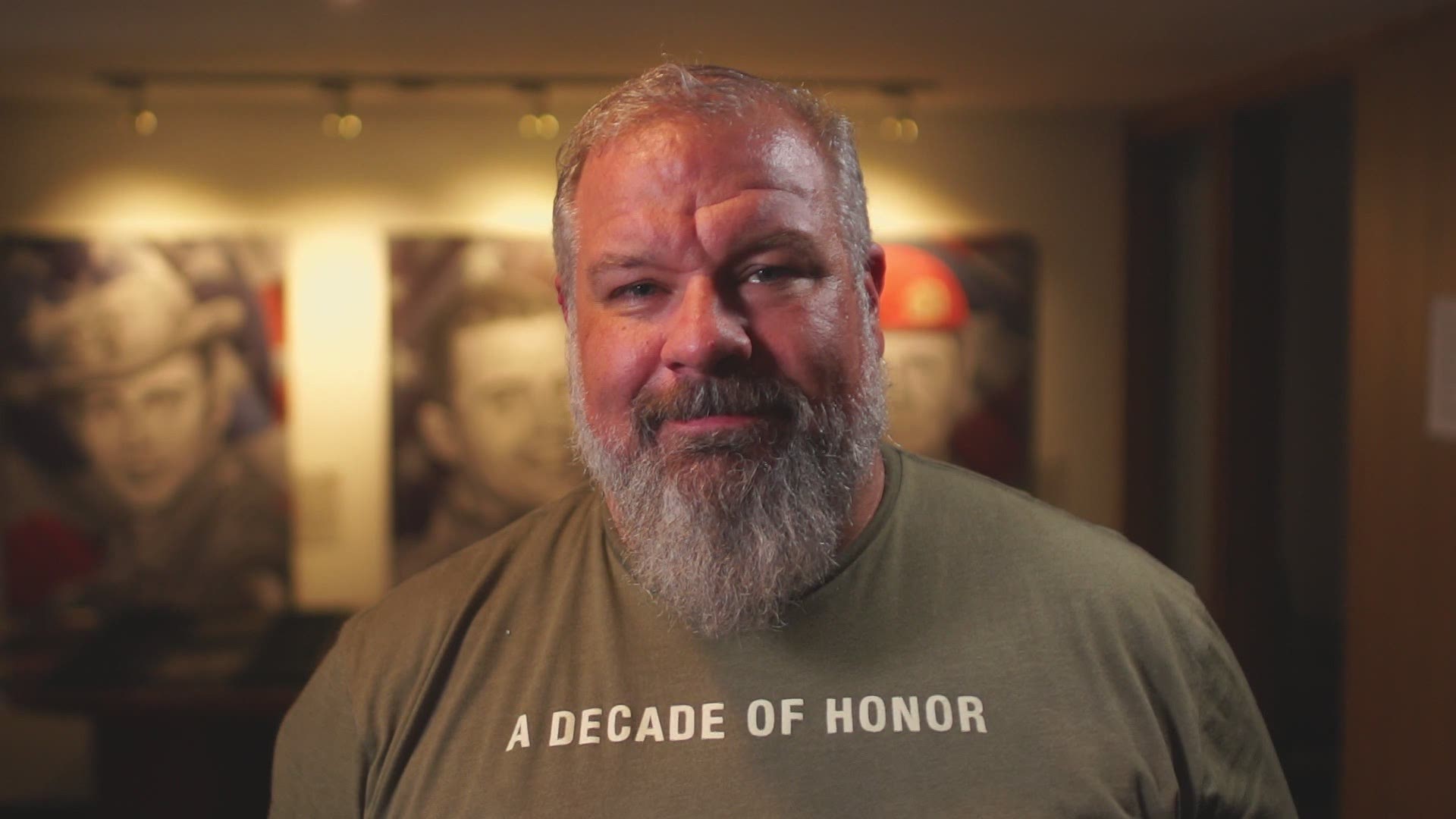 DALLAS — A decade after taking an angry march around White Rock Lake in Dallas, Clint Bruce will tell you he never imagined that walk and its chance encounter would lead to what Memorial Day in Dallas has become. Oh, and his wife gets a healthy portion of the credit too.

"I was mad most Memorial Days after I got out," Bruce said of his time after serving as a Navy SEAL in some of the most dangerous and deadly locations in the world. Still, near the tops on the Naval Academy football team tackles list, he chose to work as a military operative instead of chasing a potentially lucrative career in the NFL.

He agreed to tell one more time that his now-infamous story starts at a Memorial Day weekend barbecue where he felt people, including himself, weren't honoring the day correctly.

"I was mad because I didn't see anyone doing anything that mattered," Bruce said. "Worse than that I see people not even acknowledging that it was Memorial Day and then three, I was coming to grips with the fact that I hadn't done Memorial Day well until I started losing my friends."

RELATED: After pandemic pause, Carry The Load to celebrate its 10th anniversary as thousands relay across America to spread Memorial Day message

So, with a pound added to his backpack for every friend he had lost in battle, he set out on a march around White Rock Lake. The story, the conversation with an older veteran sitting on a park bench, you may have heard before. But it still gets Bruce every time he re-tells it.

"And he said 'Son?' and I said 'Yes, sir?' and he said 'Who are you carrying?' And boy it just floored me," Bruce said. "It just kind of took my breath away. It articulated that ache. He just kind of intuitively knew what I was doing."

A decade later, "Who are you carrying?" is a question, and a battle cry, heard worldwide. After a one-year pandemic pause, thousands will again fill Dallas' Reverchon Park on Memorial Day weekend.

Four different relay teams, their journeys starting in Seattle, North Dakota, Minneapolis, and from West Point in New York, will arrive in Dallas after spreading the Carry the Load message nationwide.

Fifty different non-profit groups will gather under the CTL financial umbrella: organizations committed to helping veterans and first responders and their families.  People, a decade after that conversation at a White Rock Lake park bench, doing Memorial Day right.

"I don't think I could have projected this," said Bruce who co-founded Carry the Load with fellow Navy SEAL Stephen Holley. "I just wanted to stop being so mad on Memorial Day."

"Now, these great American citizens who we thought didn't care that we lost our friends are showing us with every minute, every mile, every pound, every year are showing us in fact they do miss the person they didn't now. And it's hard to stay mad at that. You can have a lot of reasons to be mad but that's not one of them. You can pull that log right off the fire."

"And the rest is the rest, right? The rest has become this kind of amazing collective experience that I can't claim authorship of it and I know Stephen wouldn't either."

And this is where the Navy SEAL turns philosopher. To him, he's just ink on a page of the Carry the Load story that is still being written.

"That's what's so fun for me. I sit back and I'm a paragraph on a page of an amazing book, right? And that's really a lot of fun. That's really powerful."

A powerful idea, a decade on, with promises for Memorial Day done right for decades more.