This North Texas singer, worship leader spent 21 days in the hospital due to COVID. She credits faith for fueling her recovery.

“There were moments I felt God was as close as my next breath, and there were other moments when I couldn’t feel God’s presence at all," Yates said. 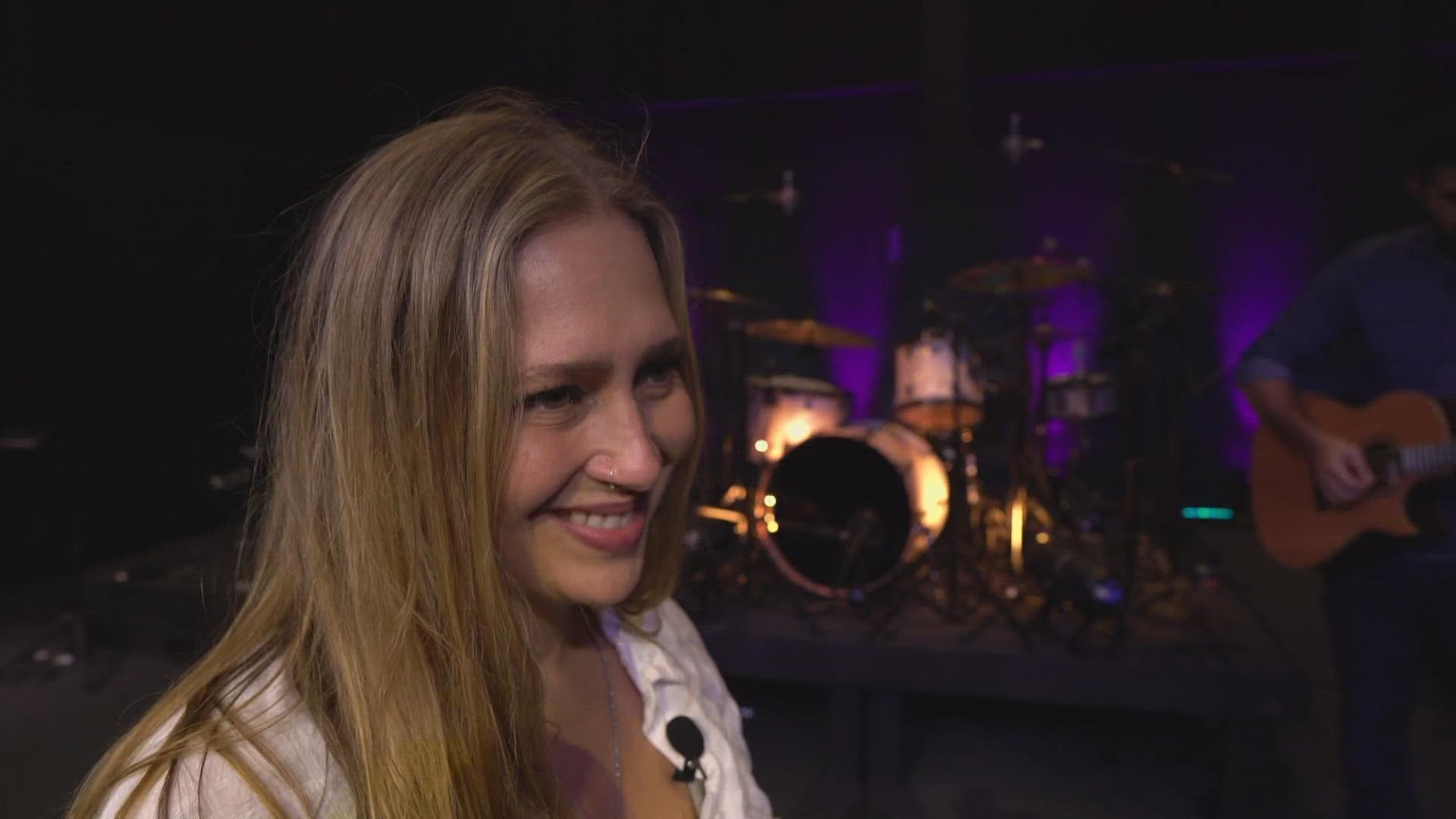 MCKINNEY, Texas — Depends on the week, but she’s usually here every day. You could say she’s the voice of this church.

We all have a routine. Crystal Yates is no different. She arrives to work and practice. She tends to inspire people. They probably wish they had what she has -- so much faith.

Turning around on the church stage Yates said, “This is where my husband Will and I come to work and lead worship at every Sunday. This is Christ Fellowship in McKinney Texas.”

And this is also a slice of someone’s life, a few minutes unedited. It isn’t rehearsal, it’s life. Yates feels different these days, because not long ago, she didn’t know if she’d ever come back to Christ Fellowship again.

Twenty one days staring at the hospital ceiling, she couldn’t believe it.

Yates has belted it out on the Grand Ol’ Opry stage, and won a national competition there. Now, she couldn’t catch her breath for another reason.

“There were moments I felt God was as close as my next breath, and there were other moments when I couldn’t feel God’s presence at all," she said.

She spent 21 days in the hospital.

“It was very scary.”

Yates said, “I think she was in blue actually. Yes, this sweet nurse, one of the nights…one of the many nights I was discouraged, this sweet nurse woke me up after long prayers and she told me you’re going to get better, you’re going to get out of the hospital. And then she put all these bible verses around my bed. When I woke up I saw them all, and they were verses that meant a lot to me…like don’t be afraid, fear not.”

Angel or nurse…or both? It helped her get here.

“There’s a special place Will and I like to practice in," said Yates.

As Will and Yates walk through the sanctuary, they’re reminded when country superstar LeAnn Rhimes announced that they won $100,000 in the rising country star contest in Nashville.

You might think that Yates has it all figured out, someone who never had to question her faith or if God was really there -- but we’re all human.

“Yes…yeah, I had been talking to a friend. One night and I had to get off the phone with her because my oxygen levels were desaturating, so low it would set alarms off. And I remember once again feeling so discouraged thinking, if I can’t even talk will I ever be able to sing again? And yeah, all of a sudden I heard this little voice deep down in my heart saying, 'why don’t you go ahead and try to sing right now.' I said, 'that’s crazy.' But I did start singing and my oxygen levels began to rise," said Yates.

She could barely talk, but listened to a voice that said — sing.

She’s always believed in those, but never tested like this.

“I learned that hope is very important, but also that everybody in the world could be praying for me, 'cause everybody was. I was getting hundreds of messages and all these people that I didn’t even know praying for me. And um, I heard that little voice again say you have to believe for you .It doesn’t matter if everyone in the world believes if you don’t believe, and so I began to dare to believe and sing. And little by little, I got better…yeah," said Yates.

So, it turns out she missed her house of worship, but she found clarity in her hospital room.

She’s feeling better most days, still clearing pneumonia from her lungs. She's grateful she’s standing in her church stairwell for acoustics, instead of listening to the metronome of the intensive care unit.

This is celebration. This is liberation.