Henryetta, Oklahoma: all of Cowboys Nation owes this sleepy little town a debt of gratitude for the football icon. Now, he is intent on giving back in a bigger way. 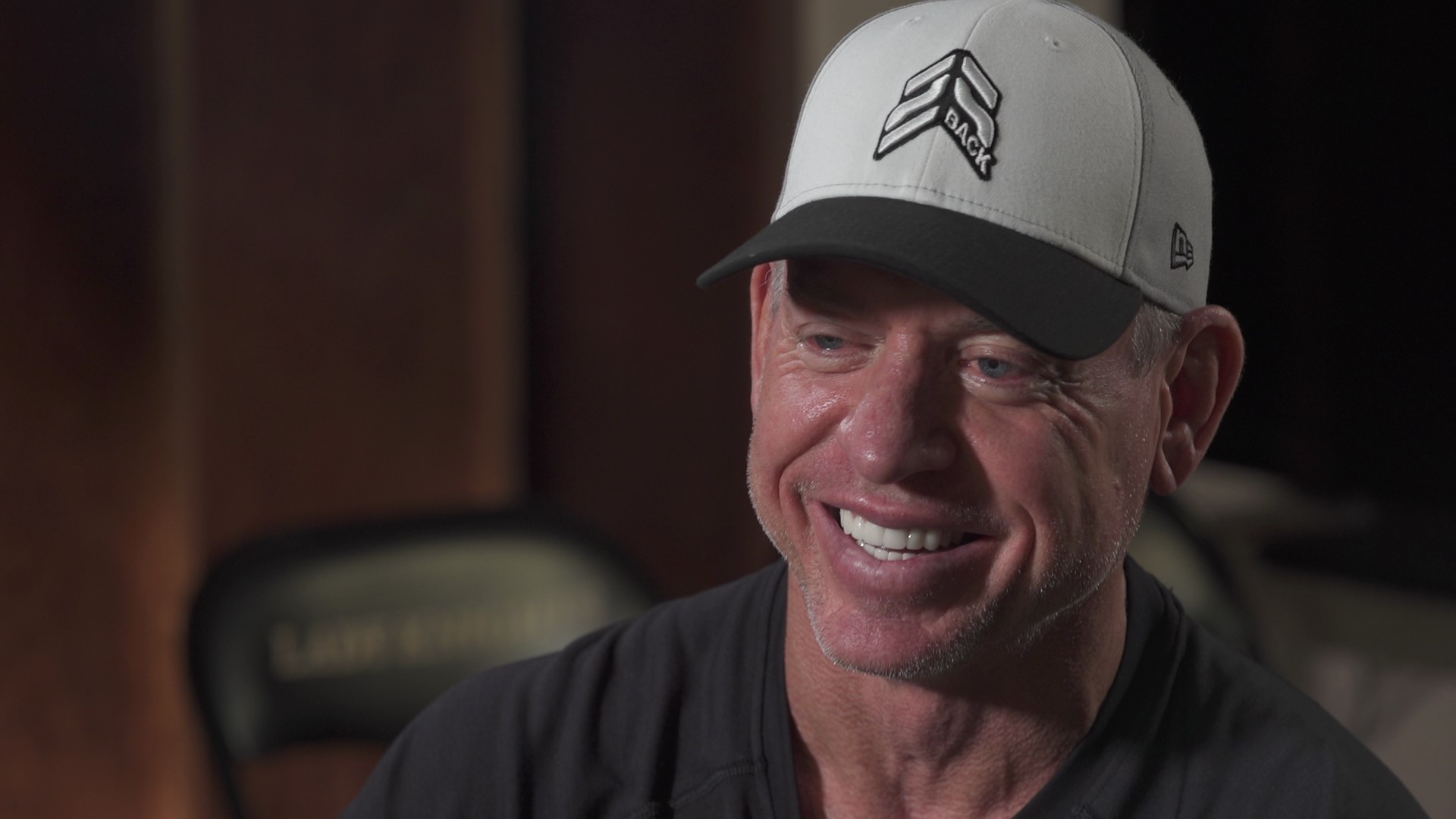 A tucked-away town 50 miles south of Tulsa, established in the early 1900s after the discovery of coal there.

And when Cowboys icon Troy Aikman arrives here, it’s an event. While it's not his birthplace, much more importantly - it’s Aikman’s home. Troy’s family moved there when he was 12.

Standing in the gymnasium at his old high school, I suspect some memories came back.

“What came to mind? What stood out?” I asked Aikman.

“A lot of emotion to be quite honest with you,” Aikman replied. “I think it was more reminder that time is fleeting, and it's going fast.”

Aikman moved from Cerritos, California, to Henryetta to a 170-acre farm.

“Paint the picture for me Troy. What was it like growing up here?” I asked.

“Well, it's different from where I came from,” he admitted. “I thought, 'man life has really changed,' and I didn't view it for the better, quite honestly.

“I had dreams of being a professional athlete,” Aikman continued. “Wasn't real sure that that was even going to be in the cards at that point, going forward.”

It didn’t take long, though, for a turning point.

“Once I got to school and made some friends, I felt like I had lived here my whole life,” he recalled.

Aikman starred on the Fighting Hens football team, and it was apparent early on – to everyone – Aikman was just different.

“What distinguished him from his peer group?” I asked Mary Beth Morris, who taught Aikman geometry at Henryetta High.

“Well, he was about half-a-head taller, right, for starters,” she joked.

“He was very soft spoken, but he was very much a leader,” Morris described. “He just saw what he wanted. He’d just go for it. I mean, he was, like, laser-focused.”

The seeds of future greatness and Super Bowl glory were planted and rooted while Aikman lived and worked on that farm. It made him. And we all know, he helped make the Cowboys of the 90’s champions.

“You've accomplished so much: The championships, the Hall of Fame, incredible broadcasting career,” I listed out. “What was it about this place that helped cultivate your drive?”

“What I realized was, being on that farm, it's a lot of work,” he said. “It was a lot of hard work, and my father was very demanding of me. But it taught me so much, and so much of what I've taken with me.”

So, it figures: all of Cowboys Nation owes this sleepy little Oklahoma town a debt of gratitude.

“Henryetta, and that experience on the farm really taught me that what hard work meant,” Aikman said. “Now, I look back on it and I think, ‘man, if I had not come to Henryetta,' I'm not sure to be sitting with you here today.”

“Whenever they say, ‘where are you from?’ I don't ever hesitate,” he added. “It's Henreyetta.”

Now, Aikman is intent on giving back in a bigger way than ever.

Country music superstar and Oklahoma native Blake Shelton will headline the newly-created Highway to Henryetta music festival next June. The proceeds will help benefit local schools and the town. Aikman made the surprise announcement at his alma mater in late October.

We talked about growing up there & his take on the #Cowboys for an upcoming story. pic.twitter.com/zfPjESF27l

#Cowboys icon @TroyAikman back in his hometown of Henryetta, OK today to announce a new music festival.

Next June the Highway to Henryetta will be headlined by @blakeshelton - proceeds to benefit local schools and the town. Great work from the @dallascowboys icon. pic.twitter.com/bAd1W6pS1W

And you might not have heard, but Aikman’s knows a little something about the genre.

“Since it's a country music festival – Oklahoma Nights, the smash single. Are you going to sing? Is Oklahoma Nights coming back? Like a remix?” I asked.

“In hindsight, I don't know that Oklahoma Nights was really kind of my … It didn't really bring out the best in me,” Aikman joked. “I'm not saying I won’t get up and sing, but it won’t be Oklahoma Nights. It’ll have a little something more to it, so we’ll see.

“What does this mean to you, and what do you hope to accomplish for your hometown?” I asked.

“Well, it means everything to me, because I really wanted to do something, something big for this town.”

Gratitude is such a powerful word. So, meaningful and impactful, in so many places…especially on the Highway to Henryetta.

“We can't even put what he's doing into words, because now he – who's always been our hero – is going to become Henryetta’s legend,” she added. 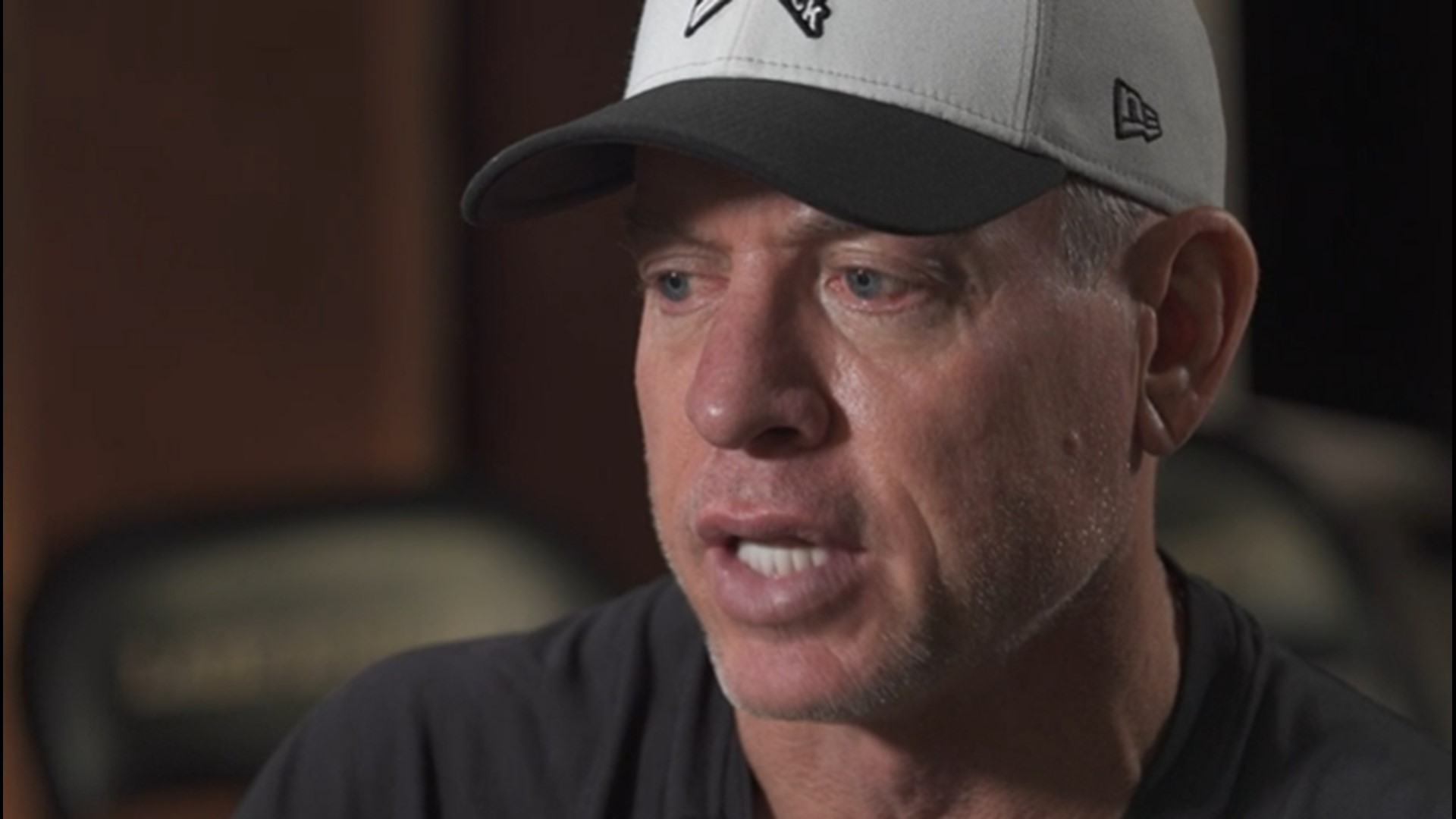