After learning of the Holden family's misfortune during last week's storms, someone stepped up and anonymously gave them a new home Monday 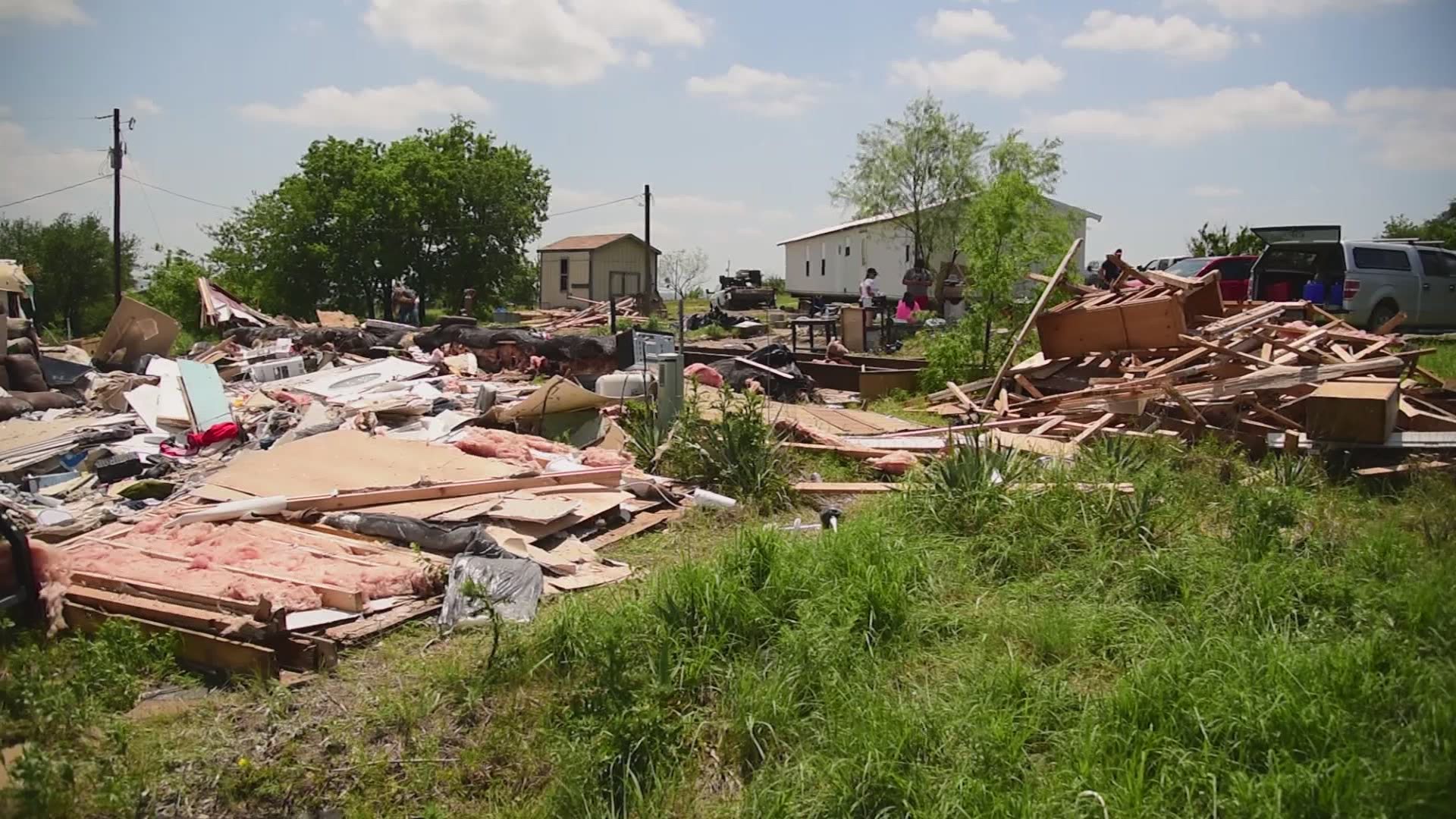 AZLE, Texas — On a plot of land in Azle Monday, it was a tale of two homes.

The first home was unrecognizable, having been ravaged by storms the week before.

"Devastating. It was beyond devastating," said Wendi Holden. She, five family members and three pets somehow survived last week when their mobile home was flung multiple times by straight-line winds. They were inside the home when it happened.

"I was like, oh my God, what am I going to do? I don't even know where to begin," Holden said.

That brings us to the second home. Little did Holden know, strangers were looking out for her.

Monday, a brand-new mobile home, donated anonymously to Holden and her family, showed up to replace their untenable one.

"I can't," Holden said. "Speechless. She grinned from ear to ear when she turned to admire the home. "My new home! I love it!"

"You can't make this stuff up. It's awesome," said Jason Malewiski.

Malewiski is with Servolution Network, an organization that seeks to serve others. He met Holden shortly after her home was destroyed and started to find ways to help. It was through a Facebook post he made after meeting her that the anonymously-donated home transpired.

"There's power in the ask," he said. "If you ask with the right intentions and you have integrity, people will come through and they will deliver."

Holden is overwhelmed, touched by the gestures big and small from people she doesn't know. She said a woman reached out to her this week, someone she'd never met, and donated $1,000 to help the family.

"This is life-changing," she said. "I want them to know, even though they're staying anonymous, how much our family appreciates it. And we are going to pay it forward."