3 storms in 3 months cause $80,000 in damage to Eagle Mountain Lake home, homeowner says

Mary Perez says she's had $80,000 worth of damage to her home and pool from the February winter storm and two hail storms. 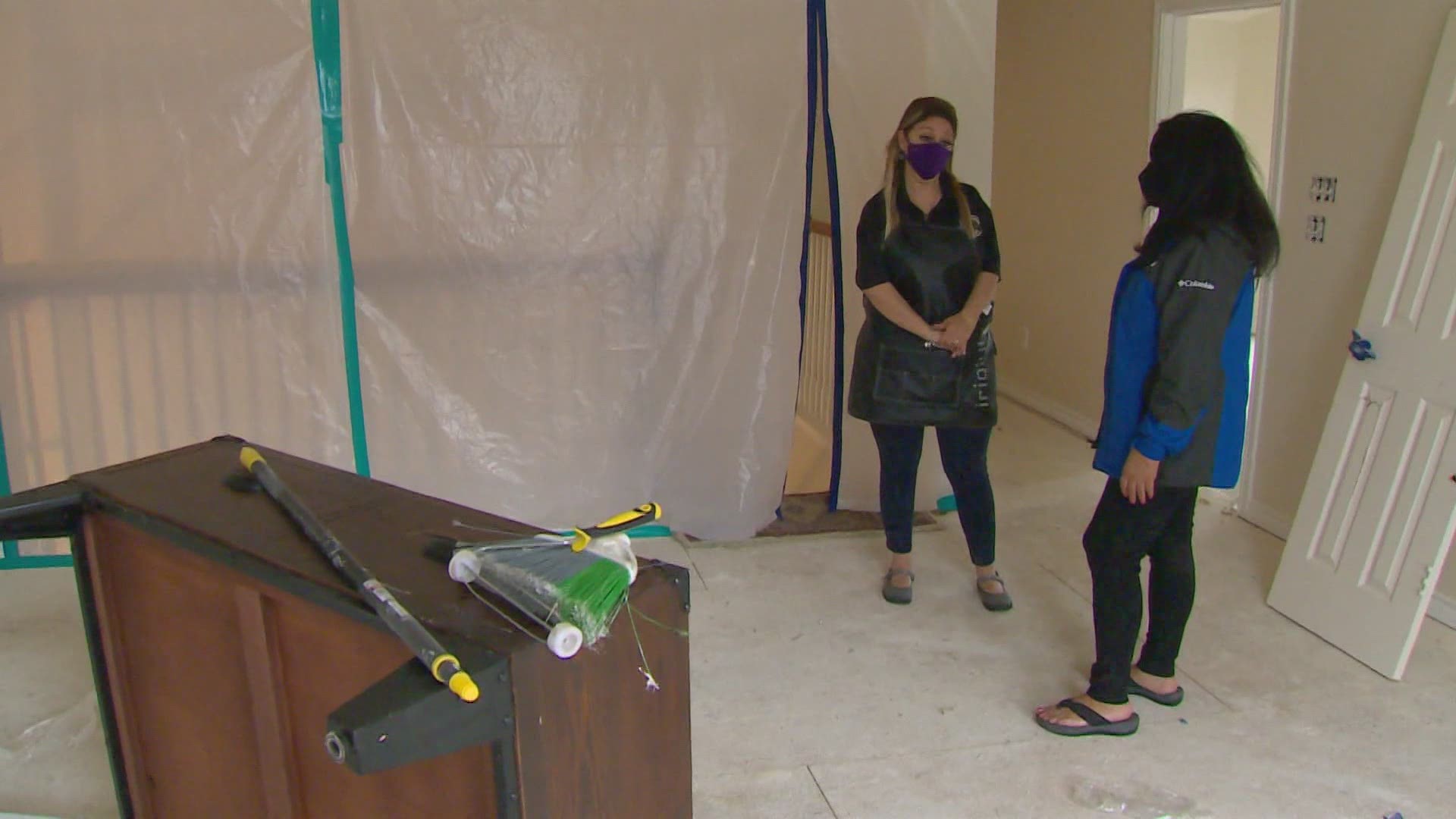 FORT WORTH, Texas — Many North Texas homeowners have been hard hit in recent months by storms, but one woman near Fort Worth suffered damage from three different storms in just three months.

Mary Perez said her Eagle Mountain Lake home is in shambles and she's struggling to get repairs done.

“This is from the March 15th storm,” said Perez, pointing at water damage on the ceiling.

Perez hasn’t been able to live in her home since March.

Almost every room was damaged after hail ripped up her roof in March. Plastic lines the inside of her home and there are fans running throughout.

“The last thing you want is for it to stay wet and you get mold,” said Perez.

She said she had a new roof put on Saturday, finished just in time for a huge hailstorm Thursday night that caused more damage to her house.

”We had baseball size hail and as you can see windows broken and hit again by another big hailstorm,” said Perez.

In addition to the damage to her house, her pool is green and needs repairs after the ice storm in February.

“Because It was iced over, it still have damage and still waiting for a pool company to get us on a schedule to get it repaired,” said Perez.

Some of it is covered by insurance, but the pool, which needs to be plastered, is not.

”I’ve lived here for 18 years. We’ve had storms but nothing like this and this year we’ve been hit three times,” said Perez.

She’s not the only one. Her daughter-in-law’s car was destroyed by hail in Keller last night.

Perez said she’s had enough of mother nature. "Hopefully this year we won’t have anything else. We are not on a good track record for sure."

Perez said the hardest parts have been getting adjusters and her insurance company to respond, then finding contractors to fix the mess because everyone is overwhelmed with the damage this year.