Family of 6, including little boy, escape home that flipped several times in storm

The family members are expected to be OK. They found their puppy Thursday morning unharmed, but are still searching for their pet bird. 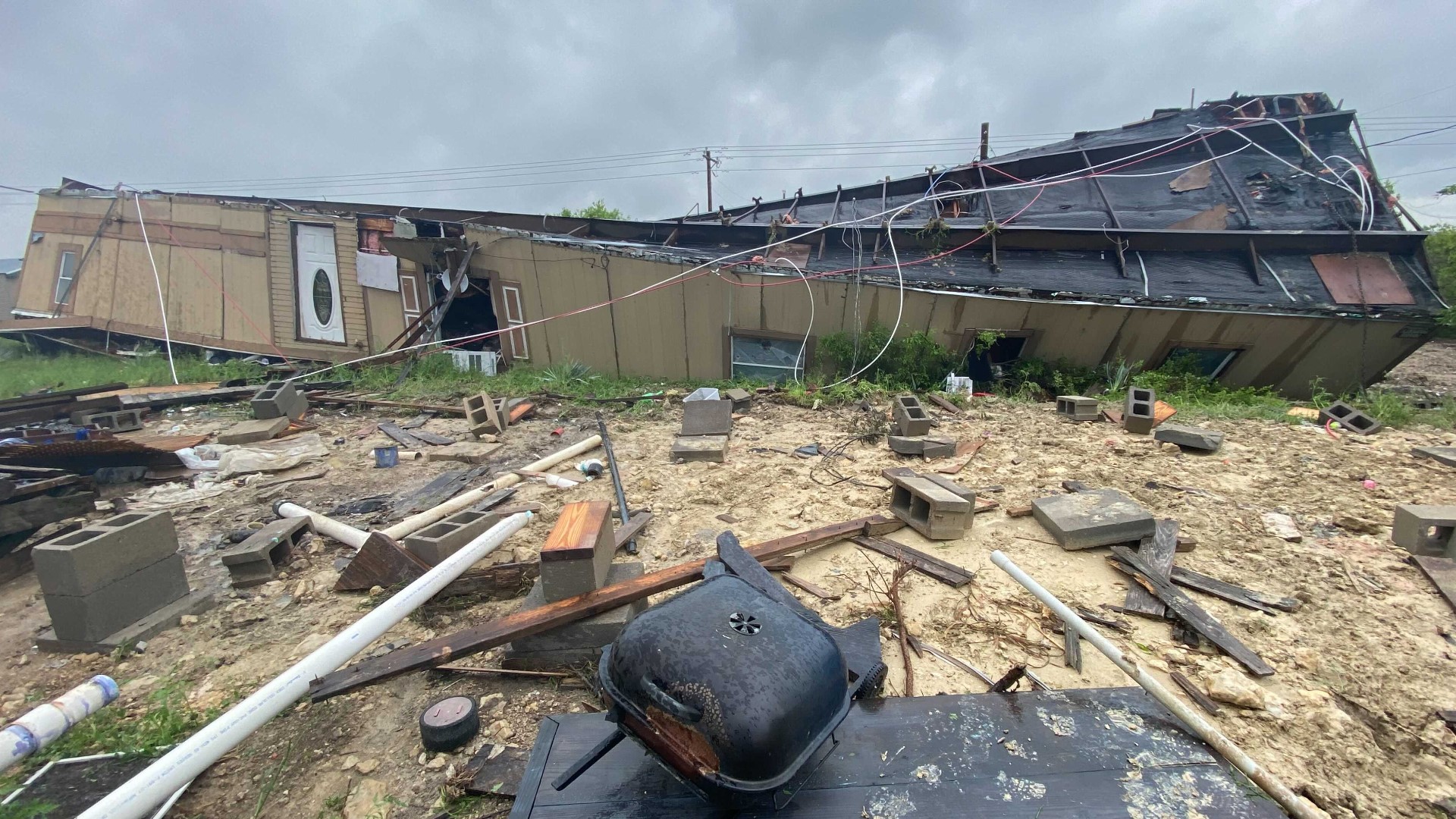 AZLE, Texas — A family of six, including a 7-year-old, escaped harm after strong wind gusts from overnight storms flipped their mobile home in Azle.

They found their husky puppy inside the destroyed home on Thursday morning.

When the home came to a stop they crawled out of a window to escape and rushed for cover as hail fell. The house is now resting on its roof and an entire side of the home is ripped away.

It happened about 5 miles west of Eagle Mountain Lake in northern Tarrant County. Other homes in the neighborhood did not appear damaged.

Three of the residents were taken to the hospital for observation and are expected to be OK. The family said their puppy was found unharmed, stuck under some furniture Thursday morning but their pet bird has not been found.

"The wind started picking up, even more, the front porch is gone then all of a sudden the house is almost on its side and starting to roll," one of the residents said. "The only thing that stopped it from rolling even more was this house right here."