Man shot by officers had been taken to hospital for mental evaluation, released, Lancaster police say

Officers were responding to reports of someone firing a gun at the apartment complex, according to officials. 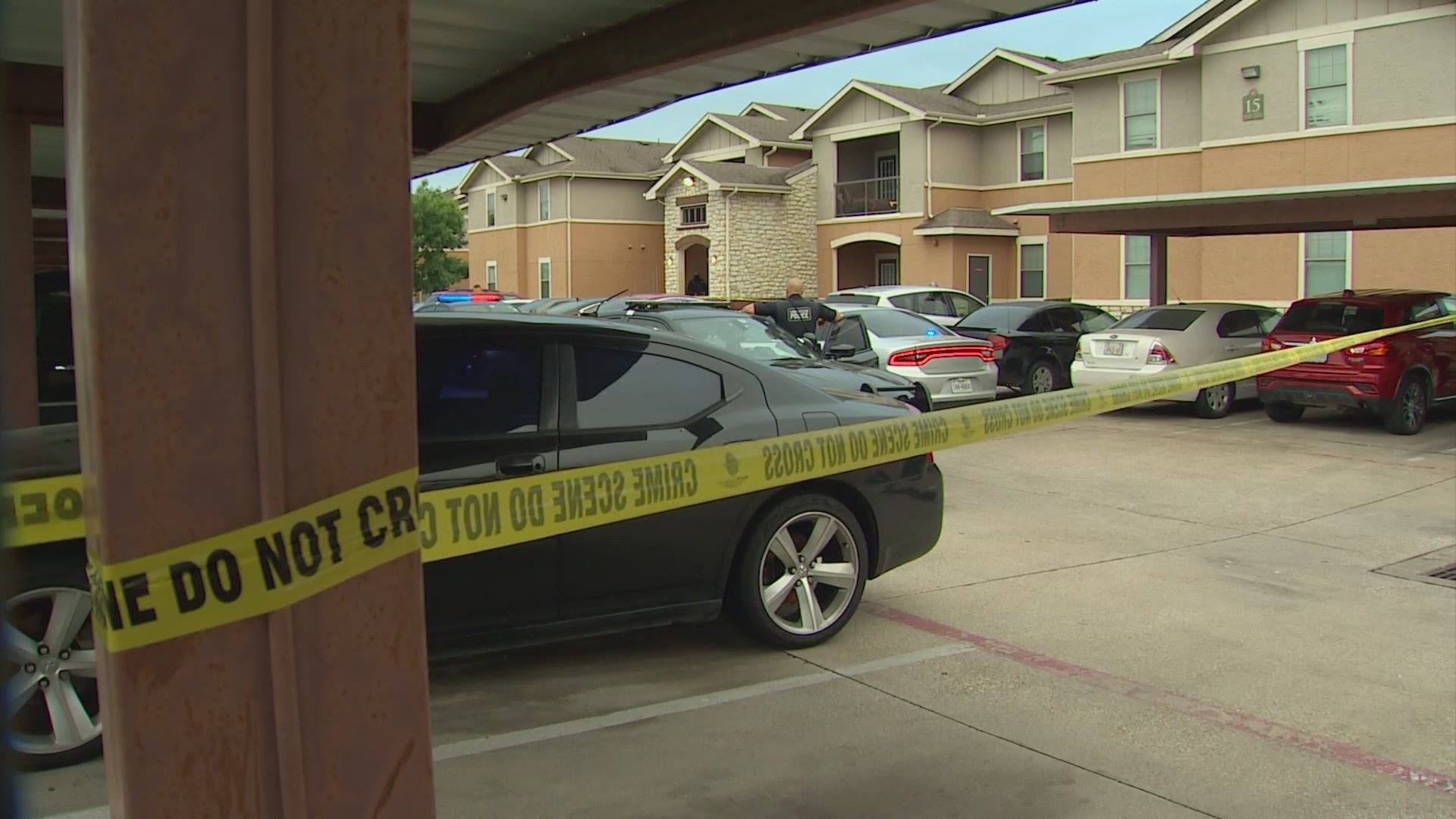 Police shot and killed a man Monday morning in Lancaster, hours after officers had taken him to a hospital for mental evaluation, officials said.

The shooting happened Monday around 5:45 a.m. at the Rosemont Apartments located at 1605 N Houston School Road.

Officers responded to reports of someone firing a gun at the apartment complex Monday, according to officials.

A man had fired several rounds inside an apartment at the complex, police said. A woman and two juveniles were inside the home with him at the time.

Officers made contact with the man, identified as 29-year-old Kalon J. Horton. Horton had a gun, Chief Sam Urbanski said during a news conference.

A subsequent news release explained the officers announced their presence and asked the man to come out to them when they arrived at the scene. They didn't get a response and were concerned about the safety of others in the apartment, so they entered the apartment, officials said.

Inside, they found Horton armed, engaged with him and he was fatally wounded.

Horton was pronounced dead at a local hospital, police said. The other people inside the apartment were not injured, nor were any officers.

Police had dealt with Horton the night before on a separate call, Urbanski said.

Officers were sent on a welfare check around 9:45 p.m. Sunday to the 1400 block of the Interstate 35 service road. Urbanski said Horton was not allowing a woman there to leave the location and that he was possibly under the influence.

Officers decided he needed medical attention, so he was taken to Methodist Charlton Medical Center for a mental evaluation. He was subsequently released by the hospital within hours, Urbanski said.

Family and friends gathered Monday outside the apartment where Horton was fatally shot.

"I’m hurt and I want to know what happened," said Mikesha Hunt, a friend.

"Why was he released if he was having mental health issues? I’m so confused right now,” said Brittany Drake, a friend.

WFAA asked Charlton Methodist why Horton was cleared by doctors and released. They did not respond.

But in Texas, there is no law that mandates a person be held for a certain length of time when they are brought in by police for a mental health evaluation. It’s up to doctors.

"Unless the individual is self-admitted they’ll be released and back home and back on the streets," said Aranda.

Aranda says they’ve been trying to change the law to mandate a person be held for at least 48 to 72 hours, but the bills haven’t made it through the state legislature.

“We want these individuals to remain there more than overnight or for several hours but there’s time in speaking with patrol offices by the time they check them in and we are done doing the paperwork the individuals are right back out that same day, that same night,” said Aranda.

Aranda says more and more police are dealing with people with mental health issues who sometimes turn violent and he says things need to change to get people the help they need.

Reporters Rebecca Lopez and Chris Sadeghi contributed to this article.