The organization could be forced to sell off some of its vast property holdings to raise money for a victim compensation fund that could surpass $1 billion. 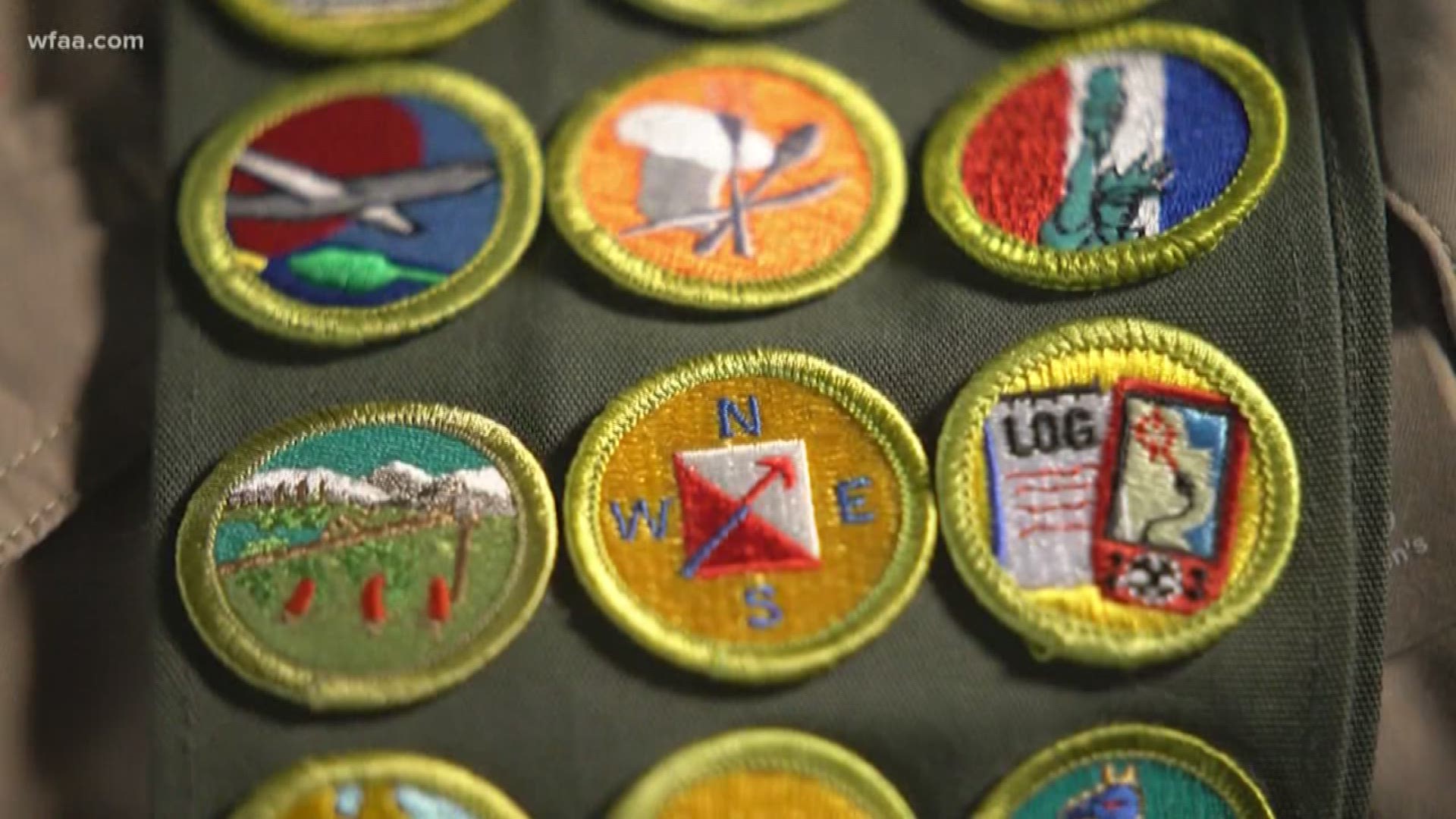 The Irving-based Boy Scouts of America has filed for bankruptcy protection as it faces a barrage of new sex-abuse lawsuits.

For months, the organization had been reported to be moving closer to bankruptcy reorganization as it faced rising legal costs from hundreds of new lawsuits that have been filed across the country by plaintiffs who allege they were abused by scoutmasters years ago.

The bankruptcy filing Tuesday in Wilmington, Delaware, is an attempt to work out a potentially mammoth compensation plan for abuse victims that will allow the 110-year-old organization to carry on.

It could be one of the biggest, most complex bankruptcies ever seen.

"I think it's a huge warning to these organizations that if they don't proactively prevent sexual abuse then they will literally be shut down or be forced into bankruptcy to make things right," Dallas-based attorney Michelle Simpson Tuegel said.

So what does Tuesday's bankruptcy filling mean for victims?

"This is not the end of the road for victims. While the bankruptcy process would not be my preferred routs, it is not the end," Simpson Tuegel said. "We are still going to be able to submit many victims' claims but that process will not look the same."

Victims will not have the opportunity to have their individual cases heard by a jury, "but they will will have the ability to have a collective and hopefully obtain compensations" through the bankruptcy process," Simpson Tuegel said.

The organization could be forced to sell off some of its vast property holdings to raise money for a compensation fund that could surpass $1 billion.

More than 800 former Boy Scouts have filed suit so far against the organization, alleging their scout leaders sexually abused them from the mid-1960s to the late-1980s.

Many of the lawsuits claim the organization also became a magnet for child molesters and helped cover some of the suspected predator’s tracks.

Seattle attorney Mike Pfau has filed seven cases in New York against the Boy Scouts on behalf of 20 victims. In all, he said, his firm represents 80 people with claims against the Irving-based organization, regardless of whether the organization files bankruptcy.

“Bankruptcy is a strategic tool that companies like the Boy Scouts use for tactical advantage in the courts,” Pfau explained. “It provides the Boy Scouts with what’s called a Bar Date. That means there’s a date by which all abuse survivors have to come forward or they will lose their rights. What it does, it allows the Boy Scouts to essentially cap their exposure.”

“I think last we checked we were at 200 (cases) and growing,” Nappo told WFAA. “We have spoken to more than 300 men in the last six months, and I will say people are reaching out reporting abuse and wanting to move forward with lawsuits literally every day.”

The reason Nappo and other attorneys across the country can file lawsuits decades after the alleged abuse happened is because 15 states, including New York, have recently relaxed their laws. The legal changes are part of a movement by various states to widen or revive the period of time to allow survivors of sexual abuse to take legal action.

Nappo’s lawsuits allege many of the scout leaders “abused multiple children, sometimes more than twenty or thirty children each and the organization…knew that its…members were using their positions to groom and to sexually abuse children.”

“And then to not do anything to tell the families that you're inviting to come join this program that you're advertising as safe…without disclosing any of that risk or any of that danger, is pretty egregious,” Nappo told WFAA.

Court records have revealed since 1935, the BSA has maintained a secret “perversion file." It’s a confidential list of Boy Scout leaders and volunteers who have been accused of sexually abusing boys from 1944 to 2016.

Inside the perversion file are more than 7,800 volunteers, members and scout leaders accused of sexual abuse. Three hundred and twenty-five are from troops in Texas, including nearly 70 from troops in North Texas.

WFAA ran the names of the 70 alleged North Texas abusers from North Texas. We discovered only five were prosecuted and added to the state's sex offender registry. Whether the Boy Scouts or someone else reported them is unclear.

But the bottom line: dozens of those North Texans accused in the perversion files were never prosecuted, and never forced to register as a sex offender.

To date, the BSA has only released the names of one-sixth (1,250 of 7,800) of the suspected pedophiles they have in their confidential files.

In a development last week, the BSA announced a partnership with a counseling organization for male survivors of sexual abuse. The five-year partnership between the BSA and 1in6 is designed to expand trauma services for those survivors who come forward.

The BSA has said it plans to maintain its commitments to the best of its ability under bankruptcy laws. It also said local councils have not filed for bankruptcy and are independent from the national organization.

“The BSA cares deeply about all victims of abuse and sincerely apologizes to anyone who was harmed during their time in Scouting," president and CEO of the BSA Roger Mosby said in a statement. "We are outraged that there have been times when individuals took advantage of our programs to harm innocent children. While we know nothing can undo the tragic abuse that victims suffered, we believe the Chapter 11 process – with the proposed Trust structure – will provide equitable compensation to all victims while maintaining the BSA’s important mission.”