30 years of warnings to winterize Texas power plants, yet they still froze. Will Austin finally require it?

ERCOT, which is not a state agency but a nonprofit run by an unelected board, would not release a list of power generation facilities that failed this week. 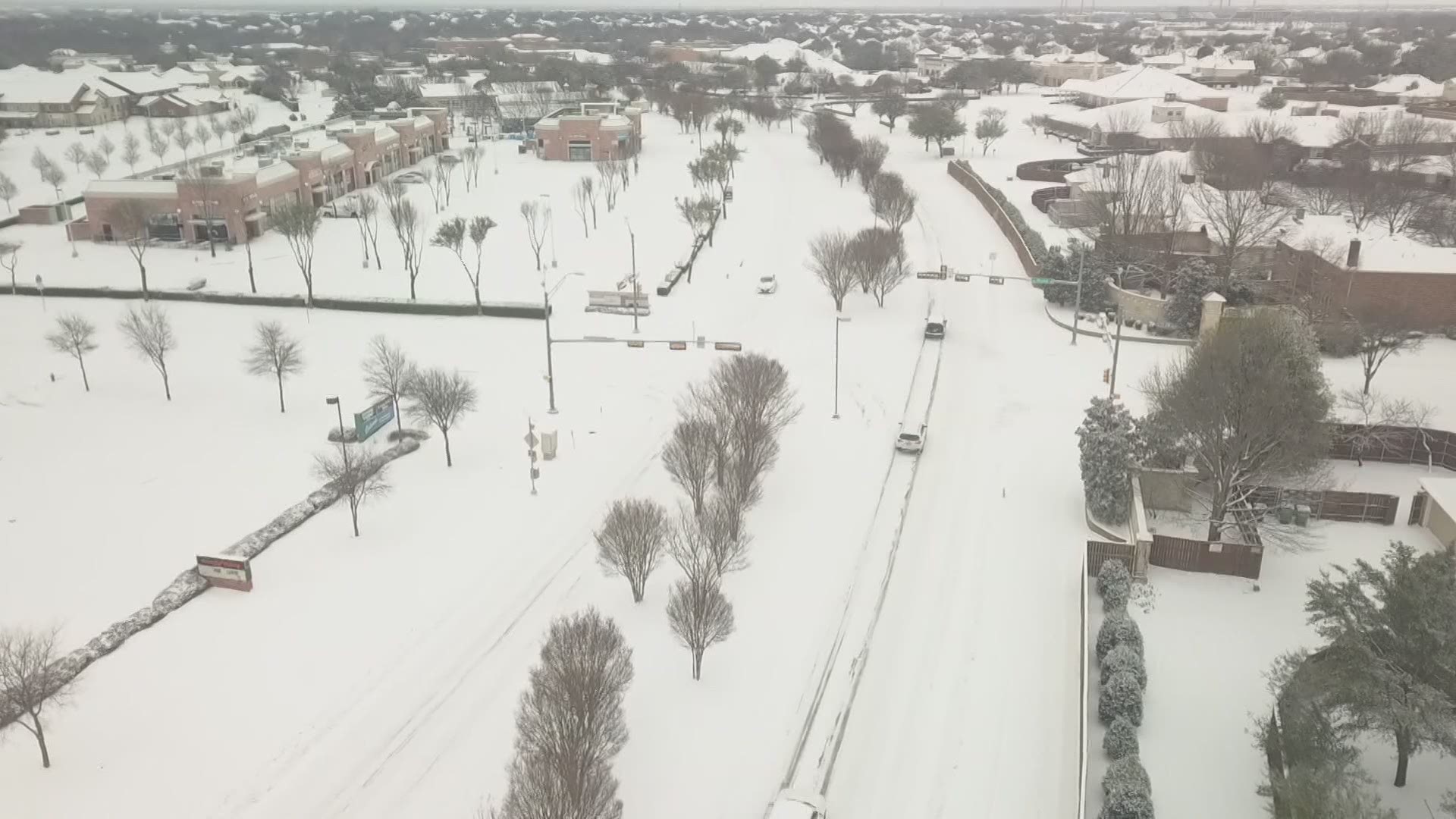 State officials have failed to ensure that power plants across Texas can operate in extreme winter conditions despite three decades of warnings and multiple examples of the same facilities failing storm after storm, according to regulatory documents uncovered by WFAA.

Twenty six power generators that failed during a 2011 winter storm also failed during a similar 1989 storm, according to a review of the 2011 event written by the Federal Energy Regulatory Commission and the North American Electric Reliability Corporation.

That review was highly critical of the Electric Reliability Council of Texas, or ERCOT, which oversees the state’s power grid, for not making sure the private owners of power generators spend enough money to weatherize their equipment so that it can operate during extreme cold weather.

“The majority of the problems generators experienced in 2011 resulted from failures of the very same type of equipment that failed in the earlier (1989) event,” according to the 2011 federal report. “And in many cases, these failures were experienced by the same generators.”

The 2011 review quotes a state review of the 1989 storm: “The near complete loss of the ERCOT grid brings an awareness that, even in Texas, plant operators must prepare for cold weather emergencies …This awareness of and attention to cold weather problems must be continued.”

The 2011 report continues: “Texas has now had that second event, and the answer is clearly that the corrective actions were not adequate, or were not maintained. Generators were not required to institute cold weather preparedness, and efforts in that regard lapsed with the passage of time. It is also possible that new ownership or new plant personnel lacked the historical perspective to make these efforts a priority, at least in the absence of externally imposed requirements.”

This week, history repeated itself.

Nearly 4 million Texans lost power over the last four days during a record-breaking winter storm that caused a near-total collapse of the state’s power grid. Experts say the grid, by design, is cut off from the rest of the country’s supply and driven largely by market forces that prioritize cheap electricity rates over reliability.

ERCOT, which is not a state agency but a nonprofit run by an unelected board – several members of which live out of state – on Thursday would not release a list of power generation facilities that failed this week.

“This information will become available in our post-event report,” said Leslie Sopko, an ERCOT spokesperson. “Right now, our priority is to restore power to customers.”

So it remains unclear how many of those power generation facilities that failed this week also failed in past storms. It also remains unclear which failed as a result of weatherization issues, and which ones failed because there was not enough natural gas to power them. Most of the state’s power plants run on natural gas.

Bill Magness, ERCOT’S CEO, said during a call with the media Thursday morning that, because he and others had been busy coordinating the restoration of power, ERCOT had not yet done a full analysis of why various power generators stopped working.

“What mattered was getting them back on the grid and have them serving customers,” he said.

In the aftermath of the 2011 storm, then-State Sen. Glenn Hegar, now the state’s comptroller, authored a law requiring power generators to file weatherization reports with the Public Utility Commission, or PUC.

The law also directed the PUC, in consultation with ERCOT, which PUC oversees, to review the plans, “analyze and determine whether such plans are adequate to ensure reliability of the electric grid for the upcoming summer or winter;” and make recommendation as to how weatherization procedures could be improved.

Hegar told WFAA that given the events of the past few days, it’s clear the law didn’t go far enough.

“This is a much more severe event than we ever had back 10 years ago,” he said. “We need to ensure that we are never ever, ever making our citizens go through what we just have.

“There's a lot of issues that went wrong here,” he added. “I think the legislature, since they're in session, they're going to ask a lot of questions, look at all the issues. And I think that what's most imperative, is we need to make sure that we're never in a position like this ever again.”

Hegar said his office also has been asking ERCOT questions similar to the ones WFAA and the public have been asking.

“There's a lot of blame to go around,” he said. “We need to make sure that most importantly, after we get power restored for people, (we) figure out how do we solve the problem going forward.”

WFAA found a list of power plant owners that failed during the 2011 storm and began contacting them.

We wanted to know if their facilities had failed in this winter storm, or in previous ones.

Most did not respond. But some did.

In 2011, Garland Power & Light had two of its natural gas plants and one coal plant stop working in that storm. A spokeswoman told WFAA Thursday that their facilities did not fail this week.

That plan include heat tracing on generation equipment, "construction of cold-weather shelters around equipment that is vulnerable to freezing temperatures" and "maintaining stores of electrical heaters, propane heaters, propane torches, heat trace wiring, and ice reducing chemicals," the spokeswoman said.

Bryan Texas Utilities also responded to WFAA’s request for information. An official there said that a coal-fired plant failed for a few hours in 2011 due to weatherization issues. That plant has since been mothballed.

David Werley, of Bryan Texas Utilities, said none of its four power-generating plants failed during the current winter storm. He told WFAA that BTU had learned the lessons of 2011 and did not want a repeat, so the company weatherized its units.

“I know at our utility – and I expect every utility across the state – we'll have plenty of internal meetings and talk to regulators as well, about what went wrong and what went right,” Werley said.

Texas Gov. Greg Abbott this week made mandatory power plant weatherization, and money to pay for it, a priority this legislative session, which is already in progress.

RELATED: 'I'm taking responsibility for the status of ERCOT': Gov. Abbott says reform, getting aid to the state is top priority

Also, State Rep. Jeff Leach, R-Plano, plans to file legislation in Austin requiring that ERCOT board members live in Texas after a WFAA story Wednesday pointed out that the board chair, vice chair and three others live elsewhere.

WFAA also was the first to report that ERCOT had removed the names and bios of board members from the site Wednesday.

Magness, ERCOT’S CEO, said during Thursday’s briefing that the names and bios were removed because board members were receiving “harassing communications and threats.” He said that, upon reflection, ERCOT decided that that “information ought to be up there.”

“It was public information that has been on the website in the past and it made sense to go ahead and get that back up there,” he said.

By Thursday evening, the names and bios were back up on the site.

About 307,000 customers are still without electricity statewide, including 148,000 in Oncor’s service area, which includes North Texas. About 13 million Texans are having to boil drinking water because of outages and line breaks affecting water systems.

Also this evening, ERCOT says that nearly 36,000 megawatts of generation remains on forced outage. A megawatt can power about 200 homes. Of that total still offline, approximately 21,400 megawatts is thermal generation – generators powered by natural gas, coal and nuclear – and the rest is wind and solar.