How do North Texas mayors feel about reopening local businesses?

After Governor Abbott’s announcement laying out a plan to start reopening some businesses, WFAA spoke with four local mayors about what it means for their cities. 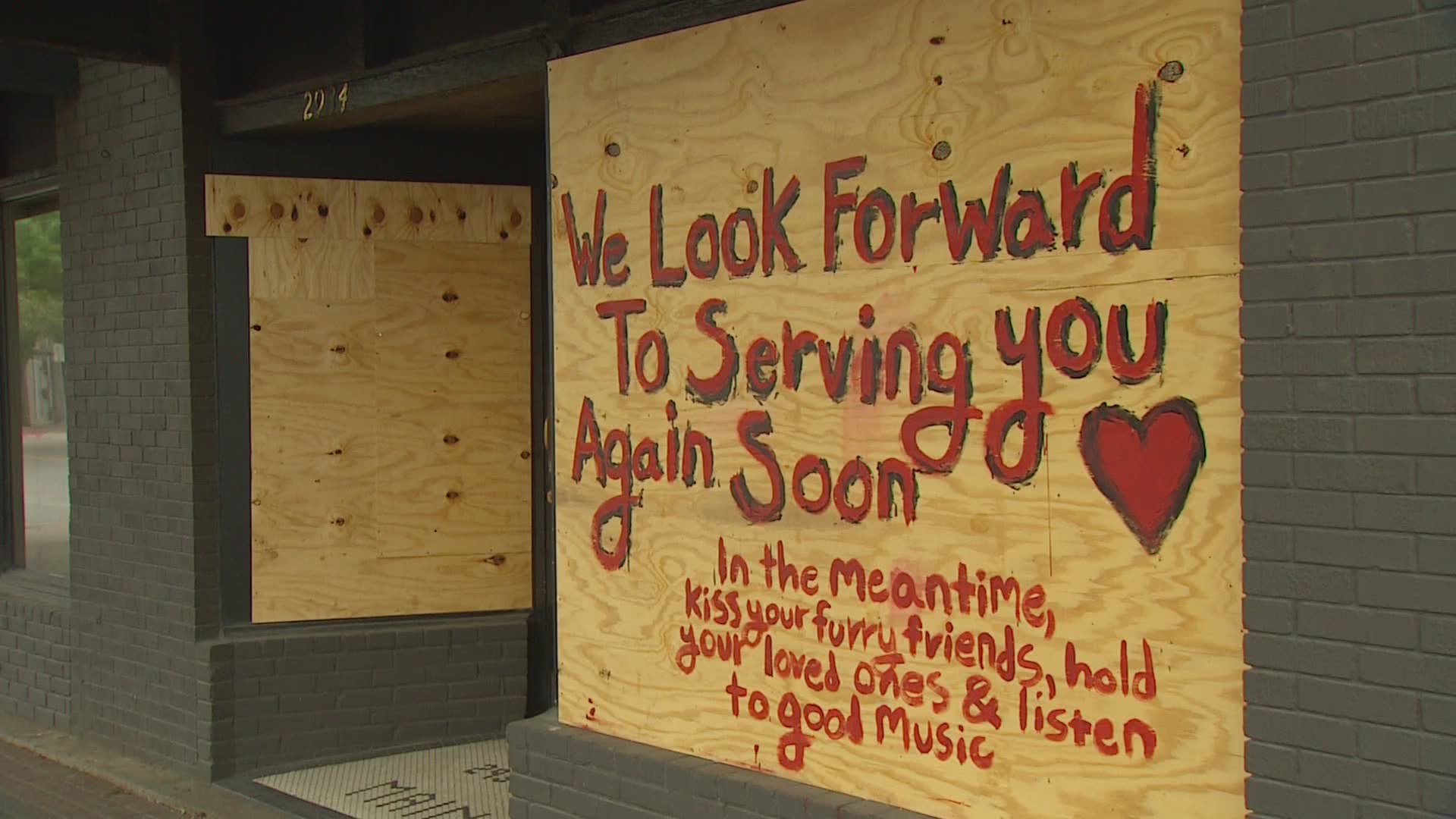 DALLAS — To describe 2020 as “uncharted territory” is an understatement for all of us, but especially for policy makers – from those in Washington, D.C. to those in Garland, Texas.

“One of the struggles we’ve experienced is - there’s no guidebook. We are making this up as we go,” admitted Scott LeMay, the mayor of Garland.

After Texas Governor Greg Abbott spoke Friday, laying out his partial plan to begin to reopen some Texas businesses, LeMay agreed to join WFAA on a Zoom video chat with Joe Chow, mayor of Addison; David Cook, mayor of Mansfield; and Harry LaRosiliere, mayor of Plano.

The governor said some stores can open next week, if they employ “retail to go” strategies like curbside pickups or at-home deliveries. He said some medical procedures can restart next week. He’s also reopening state parks with some restrictions on Monday.

But Abbott did not lay out a detailed calendar about opening restaurants, bars and offices.

Instead he announced a task force of business leaders and medical experts who he said will use data and doctors to make those decisions.

The task force will spend the next 10 days strategizing and studying, and on April 27 will announce a plan for more business openings.

“I liked what I heard from the governor,” LeMay said. “It’s a staged, phased-in plan.”

But it has to happen slowly and gradually, the mayors said, adding what’s right for one region might not be right for another.

Credit: WFAA
WFAA spoke with the mayors of Addison, Garland, Mansfield and Plano on Friday.

“I’d say in this instance, it’s probably better that it be a little individualized,” said Mansfield’s David Cook.

Like other North Texas cities, parts of Plano are in different counties, meaning LaRosiliere is faced with orders from both Collin and Dallas County judges.

“I think the fact that the governor is leading on this should make this a little easier than what we saw during stay-at-home decrees. They were coming in in kind of a haphazard way,” LaRosiliere said.

Mayor Joe Chow of Addison has owned a restaurant for 34 years. He says several friends have decided to permanently close and retire. He’s worried Addison, which he says gets 87% of its tax revenues from businesses, will lose many small mom-and-pop businesses.

“I care about businesses reopening as soon as possible, however while doing that I want to make sure we don’t have more sick people,” he said. “There are 254 counties in Texas, and you don’t have to treat every county the same.”

“The ultimate bottleneck on this process for us to get to a better place with a broader number of tests on a more consistent basis,” LaRosiliere said. “We can open every business if we want to, but if our citizens are not feeling safe, they’re not going to go visit.”

“Until the testing is robust and at an adequate level – and I’ll let the medical experts say what that is, but I know we’re not there yet - I think to me that’s the crucial turning point before things can move forward.”

Cook summed up Abbott’s Friday announcement by calling it a “stay tuned message.”

“I thought the governor did a great job, but hopefully on April 27, we’ll get some more things open, get people feeling good, and get the economy going in the right direction,” he said.