"So many people just flooded the parking lot running to us, running by us, screaming, hollering and pulling at you." 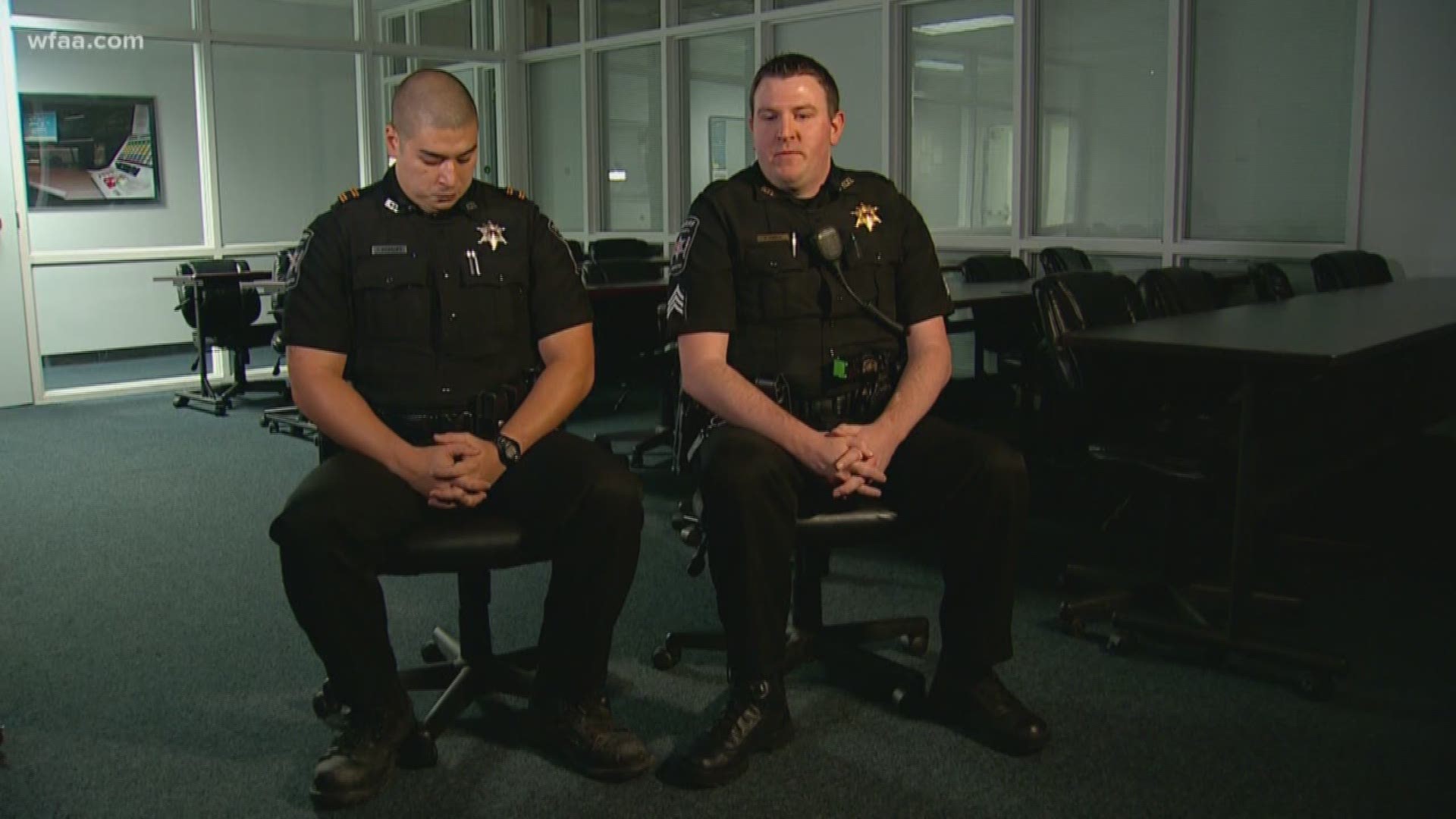 GREENVILLE, Texas — A party in Hunt County Saturday night was memorable for all the wrong reasons. Two people are dead and 12 people are injured after a shooter opened fire at The Party Venue near Greenville while around 750 people were celebrating Texas A&M University-Commerce's homecoming.

Many will remember the night forever.

Deputy Jonathan Beasley and Sgt. Caleb Pippin of the Hunt County Sheriff's Office were two of the first responders who arrived on scene.

"This is probably one of the worst calls we've ever had," Beasley said.

Beasley said he and two other deputies were already on scene responding to calls of a blocked roadway. Witnesses said that traffic had backed up on Highway 380 adjacent to The Party Venue by over a mile.

"Hundreds and hundreds of vehicles and even more people," said Beasley.

The non-school sanctioned homecoming and Halloween party turned to horror once shots rang out. Beasley said he was 50 yards from the door when he heard the shots. He said he didn't realize it was gunfire right away because of the loud music and people yelling and screaming.

"So many people just flooded the parking lot running to us, running by us, screaming, hollering and pulling at you," he said.

Beasley said first responders are trained in these situations to stop the threat first. But the fired shots had stopped and people were scrambling out of the building. At that point, Beasley said he was also trying to help as many people as he could.

Pippin was met by four people holding an unconscious young man who was shot in the neck. Pippin took them in his patrol car and raced to a hospital in Greenville.

Pippin recalls the tense minutes inside the car with the injured partygoer and his two friends. The four-year Hunt County sergeant recalls the friends constantly reminding him that everything was going to be OK.

"If it would have been different, it's good to know I was able to help in some way," Pippin said.

Beasley applied four tourniquets that night. Beasley and Pippin each helped more than they can count. They say it was all a blur and are thankful to have spouses who understand what their jobs are like. Both said their families have given them opportunities to vent and process through what had happened that night.

"If that venue has another gathering, it will be on both of our minds for sure," Pippin said.

On Monday night both first responders were back on shift.