Fort Worth teen raises $5,000 for food bank by baking over the summer

Thirteen-year-old Sydney Ratner spent her summer baking cupcakes and cake after she saw the long lines of people waiting for food, due to COVID-19. 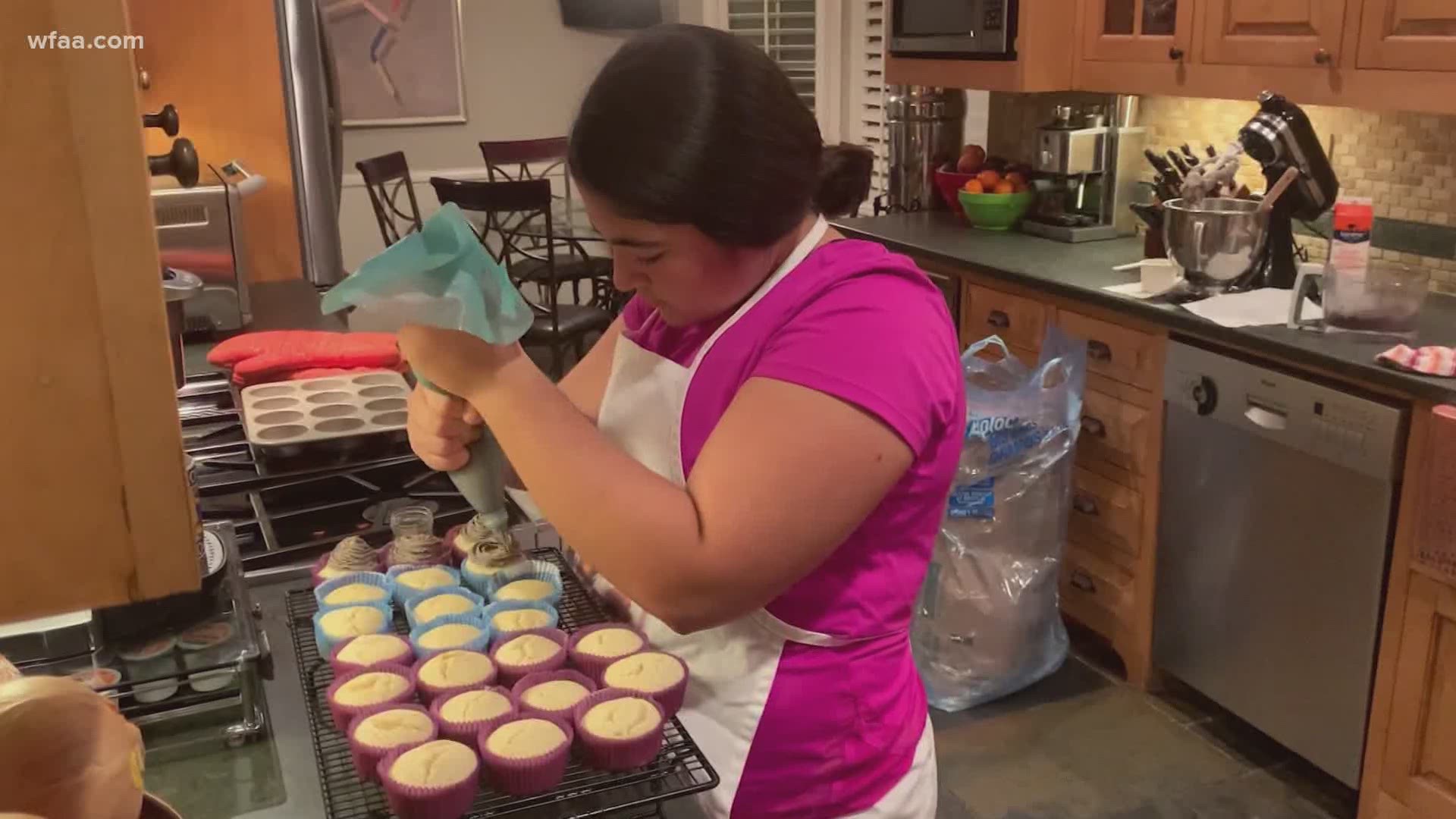 FORT WORTH, Texas — A Fort Worth student raised thousands of dollars for a local food bank by baking desserts this summer.

Sydney Ratner, 13, is a rising eighth grader at Fort Worth ISD and saw the need for help in Tarrant County.

“There were just a lot of people out on the streets in really long lines for food,” said Ratner.

Julie Butner, the CEO of the Tarrant Area Food Bank, said since the pandemic began, they’ve been serving about one million meals a week.

“We’ve seen about a 40% increase in need in the community,” said Butner.

She expects that to last until the economy recovers, which could be 18-24 months.

When just about everyone needs help, just about anyone can pitch in, and Ratner saw her way to contribute was by making baked desserts.

“I think during quarantine I just got a craze for doing it because there’s nothing else to do,” she said.

Out of school and with nowhere to go, Ratner would sometimes stay up until 4 a.m. baking cakes and cupcakes.

Her mother and father helped set up a Facebook page where people could place orders and made the grocery store runs for ingredients.

“It really just became a big community of people who wanted to show support for Sydney and then we had repeat orders,” said Jennifer Ratner, Sydney’s mother.

In this last week before school starts, she’ll deliver her final batch right before she delivers a $5,000 check to Tarrant Area Food Bank. Of that total, $2,500 was raised from orders and a $2,500 matching donation was from Sendera Title.

“It’s kind of nice to relax after but it feels really good to like to be able to do something for people even in COVID,” said Sydney.

“I just think it’s amazing that someone at that age in the eighth grade is learning so early on the importance of giving back,” Butner said.