Laura Maczka is accused of taking bribes from a developer, who she later married, in exchange for support of his controversial apartment project.

RICHARDSON, Texas — Jury selection began today in the retrial of Laura Maczka, the former Richardson mayor whose bribery conviction was thrown out two years ago.

Maczka, who now goes by the name Laura Jordan, is accused of taking cash, sex and luxury hotel stays along with other things of value from developer Mark Jordan, who is also charged in the case.

The two married after Mazcka left the mayor’s office in 2015.

The pair were indicted in 2018 and convicted in a 2019 federal trial. U.S. District Judge Amos Mazzant III threw out the convictions after learning that a court security officer had discussed the case with a juror.

Mazzant is also presiding over the retrial, which is being held in his courtroom in Sherman.

WFAA broke the story about Maczka and her connections to Jordan in a series of stories in 2015.

Starting around 2013 when Maczka took office, people in the Canyon Creek and Prairie Creek neighborhoods in Richardson voiced fierce opposition to Jordan’s Palisades development, which included hundreds of apartments.

Maczka had campaigned against building more apartments, but voted for Jordan’s project anyway, the indictment says.

Credit: WFAA
In 2019, developer Mark Jordan left the federal courthouse in Sherman, Texas, in handcuffs and leg shackles after his bribery conviction.

WFAA reported at the time that behind the scenes, Maczka and Jordan were swapping emails and working together to combat, and make fun of, neighborhood opposition.

In a 2013 email, featured in a WFAA story and quoted in the indictment, Maczka tells Jordan: “… last night the prairie creek mob hit me hard! You were probably enjoying barbecue and chillaxing. I was taking bullets for you!”

At the time, Maczka denied to WFAA and her constituents that she had done anything wrong. She also denied she was anything other than a friend and later an employee of Jordan.

In exchange for her votes for his project, prosecutors say that in addition to a job, Jordan also gave Maczka $18,000 in cash, $40,000 in checks, $24,000 in home renovations and paid for luxury hotel stays, airfare upgrades and meals. 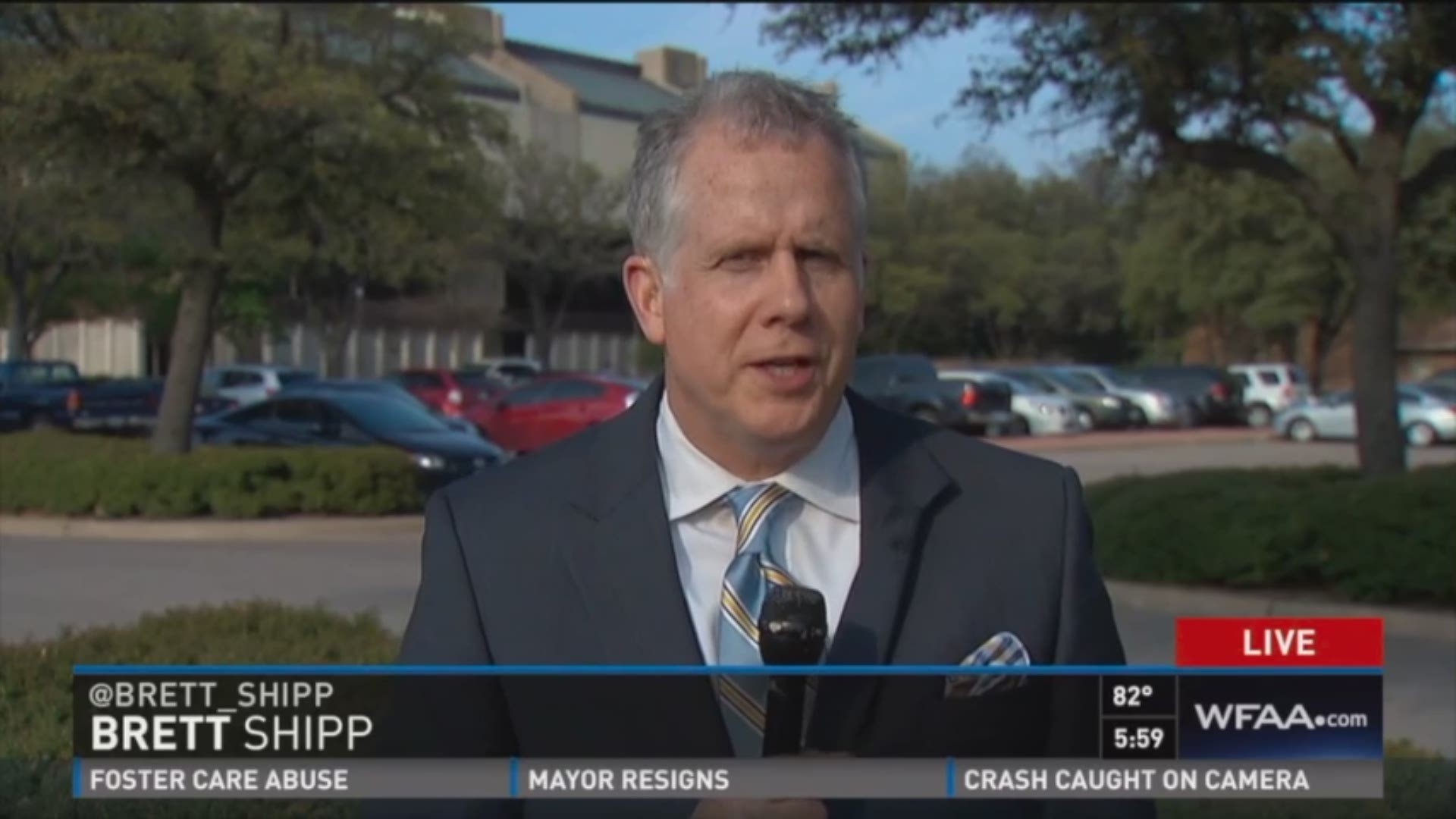