'This has been a major inconvenience': Ferris residents lose water for third time in the last six months

Many people in Ferris have been stuck without water for multiple days, while others have yellow water coming out of their faucets. Now people want some answers. 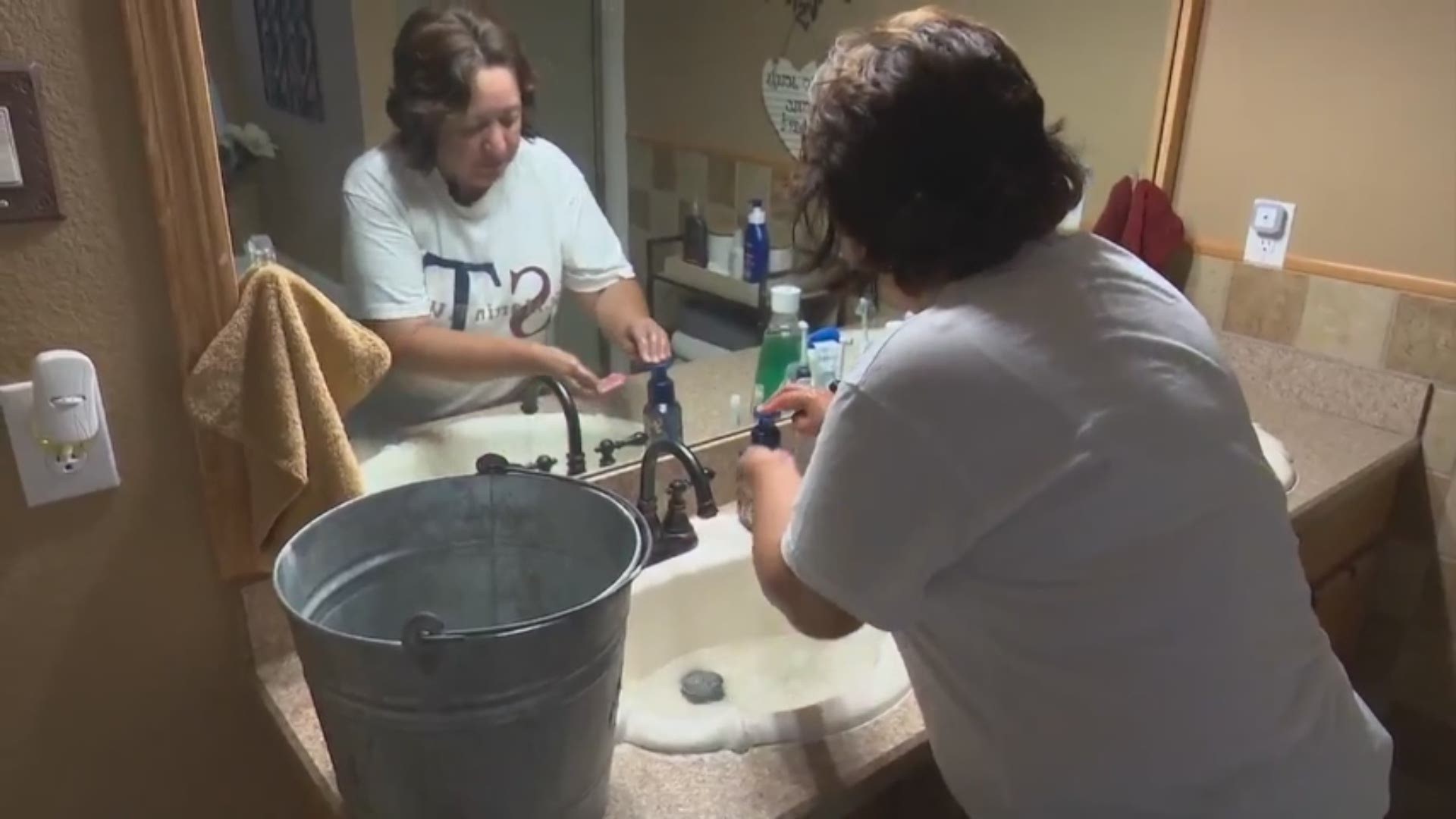 FERRIS, Texas — Many people in Ferris have been stuck without water for multiple days, while others have yellow water coming out of their faucets.

The city of Ferris said someone is purposefully messing with fire hydrants in the city, impacting the water levels in both of the town's water towers. Due to this water shortage, most of the city has not had access to water in their homes. Ferris ISD was forced to close school Monday because of their water problems.

Police Chief Eddie Salazar put together a drive-thru water station where people can drive up and get free bottles of water. Most of the water has been donated by companies and businesses in Ferris.

"We are geared up to distribute water out to the citizens," Salazar said. "We've learned along the way what steps to take so we can get set up pretty quick."

This isn't the first time Salazar had to set something up like this. Salazar said this is the third time in the last six months the water in the towers have been compromised, causing homeowners and business owners to lose their water supply.

"My job is whatever it takes to help the community out," Salazar said. "If it means we come out here and we have to hand out water, that's part of my job."

Carmen Acosta is one of the Ferris residents who has been without water. She hasn't been able to flush her toilets, take baths or wash dishes. She filled up her bathtub with water from outside her home and has been using that as her source of water.

"This has been a major inconvenience," Acosta said. "A lot of people were having to scramble to other areas to get water."

As volunteers start working to help get water bottles to neighbors, the acting mayor has a message for someone he said is messing with their fire hydrants.

Tommy Scott is the acting mayor for Ferris, with the former mayor stepping down earlier in September because of some disagreements with some city council members. Scott said his team believes someone has purposefully caused all of these water issues through the fire hydrants.

"If you're smart, you'll stop, because if you don't, we'll come at you aggressively about this," Scott said. "We're just not going to tolerate it anymore. If you want to continue this, OK. You think we're that small and we're that weak, OK. But if you get caught — and you will get caught — you will pay the penalty for this. A severe penalty."

Acosta said she believes the constant issues connect to city council members not caring for or communicating with the people they represent.

"I just feel like they're not there for the citizens because we are the ones that put them there and actually voted for them," Acosta said. "They'll be a lot of talk and not take care of action."

"Right now, it takes money to do that," Scott said. "We have a budget we have to deal with, so we do a little at a time."