A North Texas couple says their Sulcata Tortoise, Blossom, is back home after it went missing from their backyard. 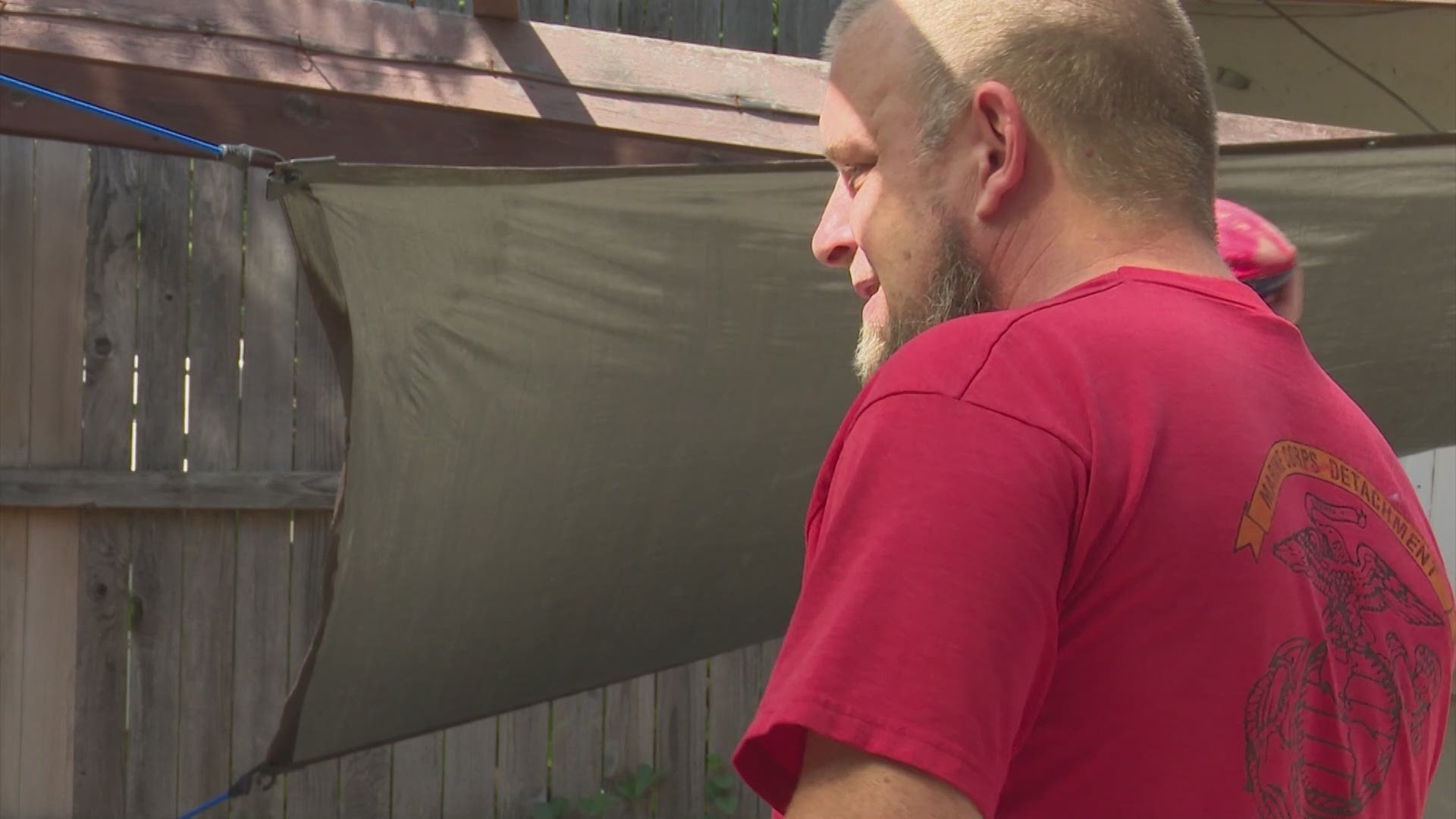 GARLAND, Texas — Update: Blossom, the Sulcata Tortoise, has been found and returned to the Barganier family in Garland. The family says the tortoise was returned after someone saw WFAA's report. The couple shared photos of Blossom back at home.

Pet owners know how alarming it can be to go out to your backyard and find your dog or cat missing. You just hope they wander back home — or hope someone finds them. There's one North Texas couple who have faith their cold-blooded friend will turn up.

Shawn and Heather Barganier have a home in Garland filled with plenty of furry friends and curious creatures. They have multiple dogs and have brought in all types of cats from the street. They once had a goat, and just took in a parrot from Shawn's grandfather. Shawn's favorite, though, is his hard-shelled friend.

"I've always loved terrapins," he said. "I knew I wanted to get a tortoise."

About 10 or 11 years ago, he got what he wanted and adopted an African Sulcata Tortoise. He named her Blossom.

"She was really good around everyone," Shawn said. "Good with the other animals and the kids as well."

She's now grown to be 70 pounds and is more than three feet long.

"She almost was like a dog," Shawn Barganier said. "She would come to the back door and scratch at it."

Those sounds that made him smile suddenly stopped a few weeks ago.

"Normally I see her and normally I don't," Shawn Barganier said. "She's just somewhere out there in the backyard, doing her thing."

Blossom found a way to burrow her way out.

"Went looking in all the obvious places, and nowhere to be found," Shawn said. "I talked to the neighbors and went to look in the bushes. I couldn't find her."

Heather Barganier has gone down this road before with their cat, Ziggy.

"He went missing about three years ago, and he was missing for two years," Shawn said.

Now he's back home because she never stopped searching — something her husband plans to do as well.

"I think for anybody, the not knowing...that's just the worst part," Shawn said. "You love your pets, but you try not to. I don't need any more heartbreak, so I'm trying to keep optimistic about it."