Protest in Dallas calls for justice for Daunte Wright after he was shot, killed by Minnesota police officer 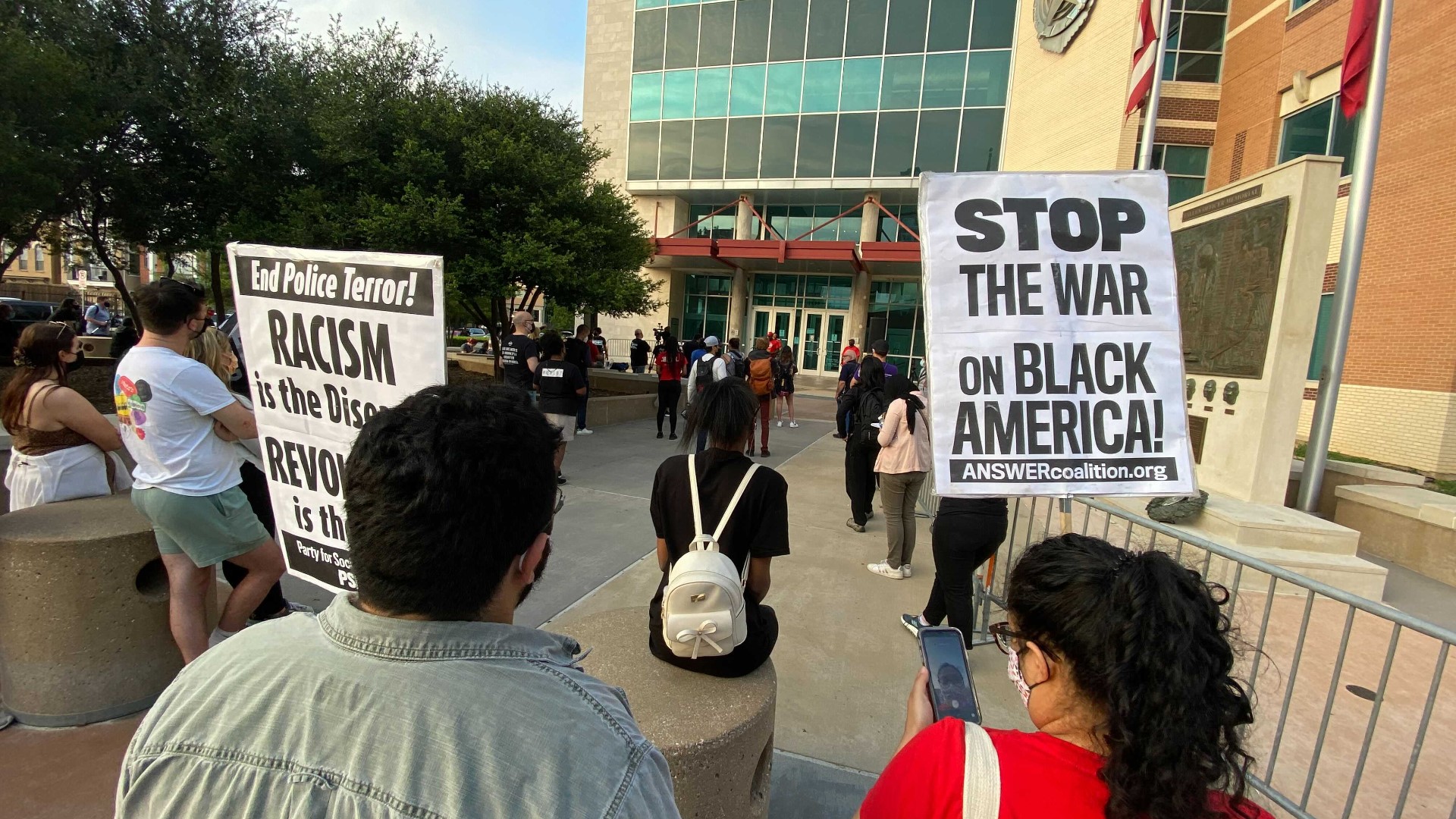 More than 100 people in Dallas joined in protests Tuesday night in response to a police officer fatally shooting a young Black man in Minnesota.

The police chief of the Brooklyn Center, Minn. police force and the officer who discharged her weapon both resigned on Tuesday.

On April 11, Officer Kim Potter fatally shot 20-year-old Daunte Wright during a traffic stop in Brooklyn Center, about 10 miles north of Minneapolis. Police Chief Tim Gannon claimed the shooting was accidental, saying the officer meant to use her Taser instead of her gun.

The protest started in front of Dallas Police headquarters at 1400 Botham Jean Boulevard at 7 p.m. Jean was a Black man who was mistaken for an intruder and shot and killed in his own apartment by an off-duty Dallas police officer.

Scott died in Collin County Jail after being arrested in Allen on a misdemeanor marijuana charge.

7 detention officers have since been fired. Another resigned.

A post by organizers asked people not to wait until it's their "family member to stand up against police brutality."

The event was organized by Next Generation Action Network and joined by United My Justice.

A crowd chanting justice for #DaunteWright is marching downtown.

One of the first major protests to go down this road since it was renamed.

Jean was shot and killed in his own apartment by a @DallasPD officer. pic.twitter.com/ksdh5HxrSh

"I'm always going to be here when it's about protecting our children," said Terri Williams.

Larry Jimerson said as it relates to police brutality, it's like that kid that never graduates but takes the same class over and over.

"Don't judge a man by his color but by the content of his character. You don't start learning until you get out here," said Jimerson.

By now, we have become all too familiar with the rallies, the speeches and the marches.

"It's just too much. It's overwhelming that this happens daily," said Williams.