Students at IGNITE Middle School produced a documentary that is building bridges between youth and elders at Roseland Homes. 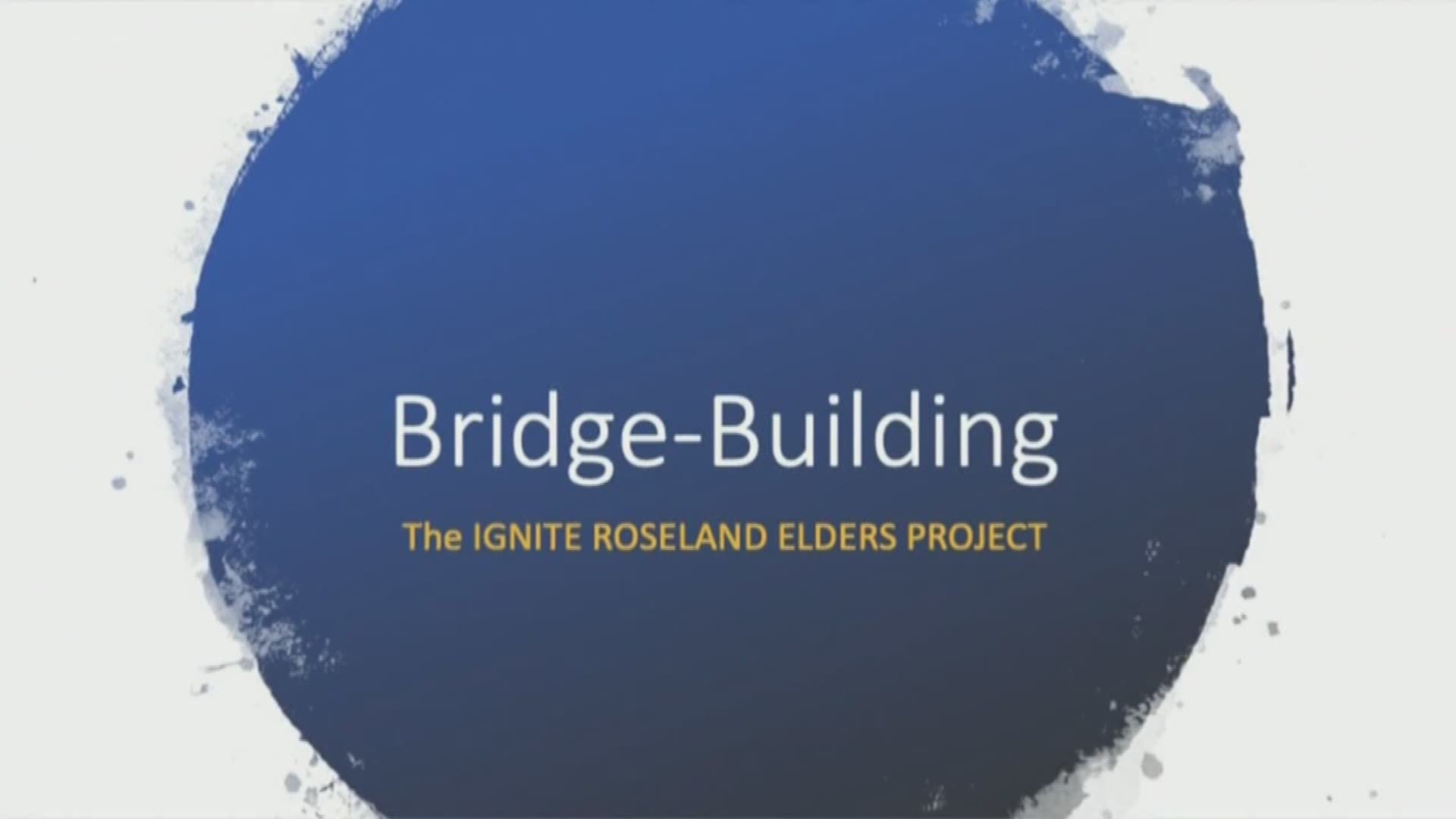 DALLAS — As the family of a nine-year-old girl prepares to lay her to rest, neighbors in the Roseland Homes apartment complex are also grieving and remembering the life of Brandoniya Bennett.

A memorial to three young people now sits outside the complex’s community center. It’s a daily reminder of the little girl and two 17-year-old boys who were killed in Roseland this summer.

Senseless violence isn’t the story tenants like Ross and her friends want defining their home and community.

Instead, students across the street at Dallas Independent School District’s Ignite Middle School have been working with residents to weave a more positive picture of Roseland Homes.

A group of Ignite students studying journalism and media began working with some Roseland neighbors, last year, producing a documentary.

Seventh grader Jade Hall-Wright explained, “Everyone was asking questions that really meant something to them, and really they wanted to know more about the elder.”

Their film is called ‘The Ignite Roseland Elders Project.’

“It was thrilling,” Ross said. “It was very thrilling to meet these students.”

Through regular meetings, videos and memoirs honoring the elders, both groups are making unique connections.

”We wanted to build bridges,” said Dr. Michael Gayles, the school’s principal. “We wanted them to know that this community is important to us.”

Community, pride and the potential of young people is the take the students and elders set out to tell. Their story about Roseland is already getting international attention. The Ignite students are among a group of teams selected to represent the United States at the 'I Can Global Conference' in Rome, Italy in November.

Dr. Dorothy Square said, ”Our of every bad situation, there’s something good that can come out of that bad situation. Togetherness, and the love that you have for one another.”

That wisdom from Roseland’s elders is igniting a new narrative in a neighborhood that’s been hurting.

The Ignite Middle School students will be relying on fundraisers and donations to help pay for their team to make the trip to Rome, Italy.

Anyone interested in donating to their effort can contact Dana Conner at (817)798-3335 or make checks payable to IGNITE Middle School PTSA.