Police say Tyrese Simmons, 19, shot into the wrong apartment when he killed Brandoniya Bennett. His target lived next door. 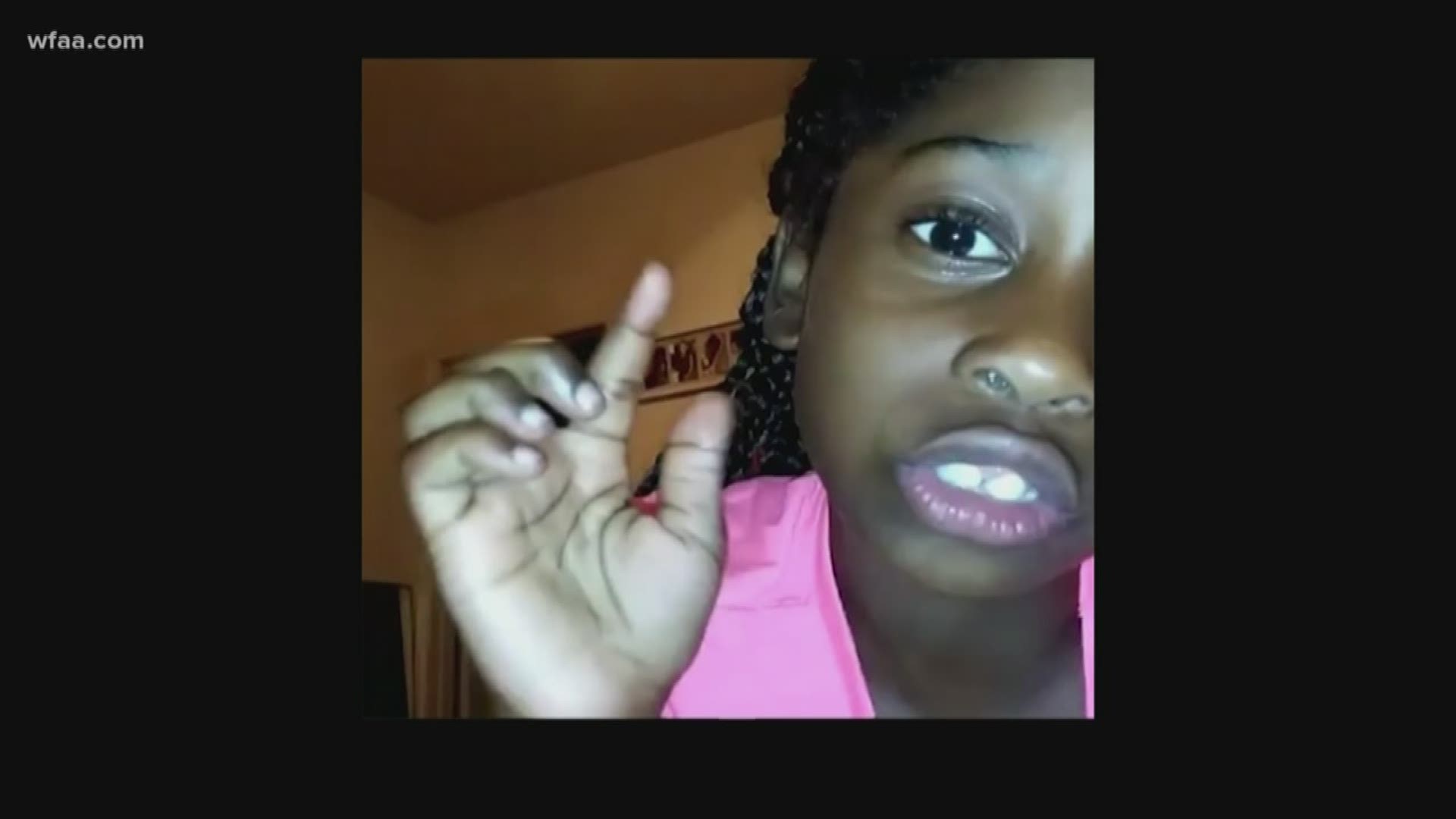 DALLAS — This story has been updated throughout with arrest information.

Bradoniya Bennett had her nails done Wednesday to get ready to start the fourth grade.

She won't make it.

Brandoniya was safely inside her home with those freshly painted nails and excited for the new school year when she was struck by a bullet Wednesday evening.

That bullet was fired because two rappers "dissed each other." The shooter was aiming for the apartment next door to Brandoniya's, police said.

The little girl was known to many as "Niya" or "Niy-Niy." Her grandmother called her "everybody's chocolate drop."

"She was the sweetest thing," said Tonya Elder of her 9-year-old granddaughter.

Elder was across the street at the Roseland Townhomes on Munger Avenue when she heard gunshots followed by screaming. She ran toward the house and through the front door.

"I looked down at the floor where my daughter sat holding her baby girl, her only baby girl, in a puddle of blood, because they stole her life," she said.

Credit: Courtesy photo
Brandoniya Bennett was killed in the crossfire of a gang shooting, police say.

Two police officers arrived, carried the bleeding child to their squad car and started driving to the hospital before they were met by paramedics.

Elder went to the hospital to beg her granddaughter to wake up.

The grandmother said the girl hated being woken up.

Tyrese Simmons, 19, has “an ongoing feud” with a 17-year-old rapper who lived next door to Brandoniya, according to an arrest warrant affidavit.

Simmons confronted the rival rapper Wednesday evening at the Roseland Townhomes at 3535 Munger Avenue near U.S. 75.

But Simmons promised he would come back, saying he was going to "air this bitch out," according to an arrest warrant affidavit.

When he came back, witnesses saw him running between the apartment buildings before hearing gunshots.

One of those shots struck Brandoniya in the head, the warrant says.

“It is believed that the suspect mistakenly fired at the wrong apartment unit after running around the building to the back of the apartment complex," the warrant says.

Simmons turned himself in Thursday.

He faces a capital murder charge. He remains in the Dallas County jail in lieu of $500,000 bail.

The police major repeatedly pointed out how young Brandoniya was and at times appeared choked up talking about how she was killed.

Brandoniya's grandmother said the gun violence in their neighborhood has gone too far.

"How do you mistakenly shoot up in our house?" Elder said through tears.

As of Wednesday, police records show there have been 128 slayings in the city this year. Brandoniya's death adds to that number.

Williams, the police major, urged the community to help police officers by paying attention to what's going on in their neighborhoods and sharing with authorities when they see suspicious activity.

Police have also increased patrol at the public housing development on Munger.

"You're talking about a 9-year-old sitting on the couch. You're going to pull out all the stops, and that's what we're doing," Williams said.

A friend of Brandoniya's family said the girl's death is "detrimental to our whole community."

"She had this spirit about her that would light up a room because she didn't play no games," said Pastor Earl D. Thomas.

Elder said the neighborhood violence is forcing families to bury their young.

“My kids and grandkids are supposed to bury me. They don’t even get a chance do that nowadays,” she said.

A GoFundMe page has been set up to fund Brandoniya's funeral.