A Waco oasis, and how a south Dallas food desert hopes its turn is next

"Once they started developing it, it changed the whole neighborhood. It made you feel a lot better, to be a part of something. To see things change." 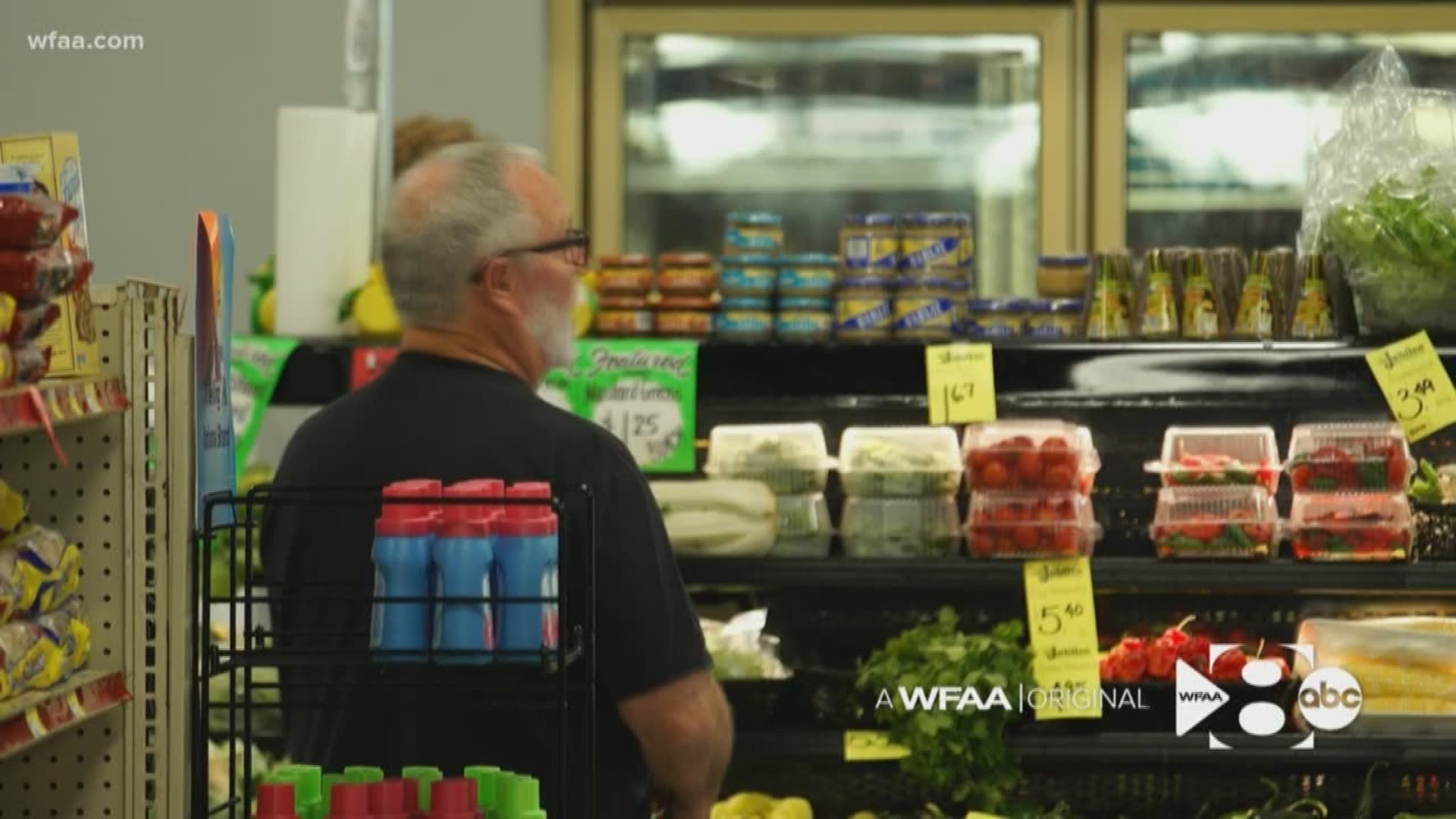 WACO, Texas — As community leaders and the American Heart Association partner to bring economic relief, health-improvement resources and additional grocery store options to the 75216 ZIP code, one of the poorest Dallas neighborhoods, they are closely watching a success story 100 miles away in Waco that they hope to emulate here.

One of Waco's oldest neighborhoods is a place called Brook Oaks. And to say that it used to be a bit more rough around the edges is just part of the understatement resident Bobby Robinson will give you.

"Martha Jane Liquor store was here for years," he said standing near the intersection of Colcord Avenue and N. 15th Street. "Night people walking the street. Prostitution was up and down through here!"

"Really, we had a food desert," said Smith.

Brook Oaks was, by definition a food desert: a poor neighborhood with zero healthy food options within several miles walking distance. There were several convenience stores and liquor stores along with the bad life choices they can bring. It was, according to Robinson and Smith, a desert very much in need of an oasis.

Jimmy Dorrell was one of the people with that oasis in mind.

"What happens with neighborhoods like this they don't have any options. They don't have places to buy things," said Dorrell, who for more than 40 years has been an activist, minister and resident in the Brook Oaks community. "So they all were frustrated and kept saying help us figure out a way to do this in our community."

What he, and the group Mission Waco, did two and a half years ago now is convert 6,500 square feet of a former convenience store into the Jubilee Food Market. The non-profit grocery store offers affordable and healthy food right in the middle of a neighborhood that needed it most.

"In our mind, this will be a life-changer, health-wise, as much as it will be dignity for those people that will live in the neighborhood," Dorrell said.

And that's exactly what happened.

The former adult theatre across the street is now the Jubilee Theatre, a family-friendly community theatre. The liquor store is gone. Mission Waco has been instrumental in developing multiple properties, including World Cup Cafe, one of the most popular breakfast spots in town, along with the Fair Trade Market. An ice cream shop is scheduled to open next.

And the American Heart Association of North Texas has made trips to Waco to learn how best to bring the same success to south Dallas.

"It seems as if it's a wonderful access point for people to recognize what it is to be healthy and what it is to live healthy," said Dee Baker Amos, VP for Health Strategies at American Heart Association North Texas. "It actually permeates to all other aspects of life. This is just beginning to tell the story of how do we make a difference in a community."

And as south Dallas considers this same thing, the people of Jubilee Market would tell them that adding a grocery store and stocking it with affordable, healthy food doesn't just improve how a neighborhood looks or just improve the health of people by improving what they eat.

It can also improve how people feel about where they live. And that can be pretty strong medicine too.

"You can come here and get milk for a dollar, orange juice for a dollar, gallon of milk three dollars, a dozen eggs for 99 cents. You can't beat that nowhere in Waco, Texas," said David Daniels, formerly homeless but now a full-time employee of Jubilee Food Market. "Even though we're from a family from a different color or a different kind, it's a big family right here," he said of the community the grocery store has created. "15 block radius, we all just kind of blend in together."

"I wish you could have seen the faces of the people when we first opened," Dorrell said. "Because they felt loved. They felt dignity. They felt like we are now in control of our own eating patterns. And so definitely a success from the beginning."

"Once they started developing it, it changed the whole neighborhood," Robinson said. "It made you feel a lot better, to be a part of something. To see things change!"

"I hope it's here forever and a day," said Sammy Smith.