Neighbors have stepped up to help Stacey Livingston by installing security cameras, power-washing the graffiti, and helping pay for damages. 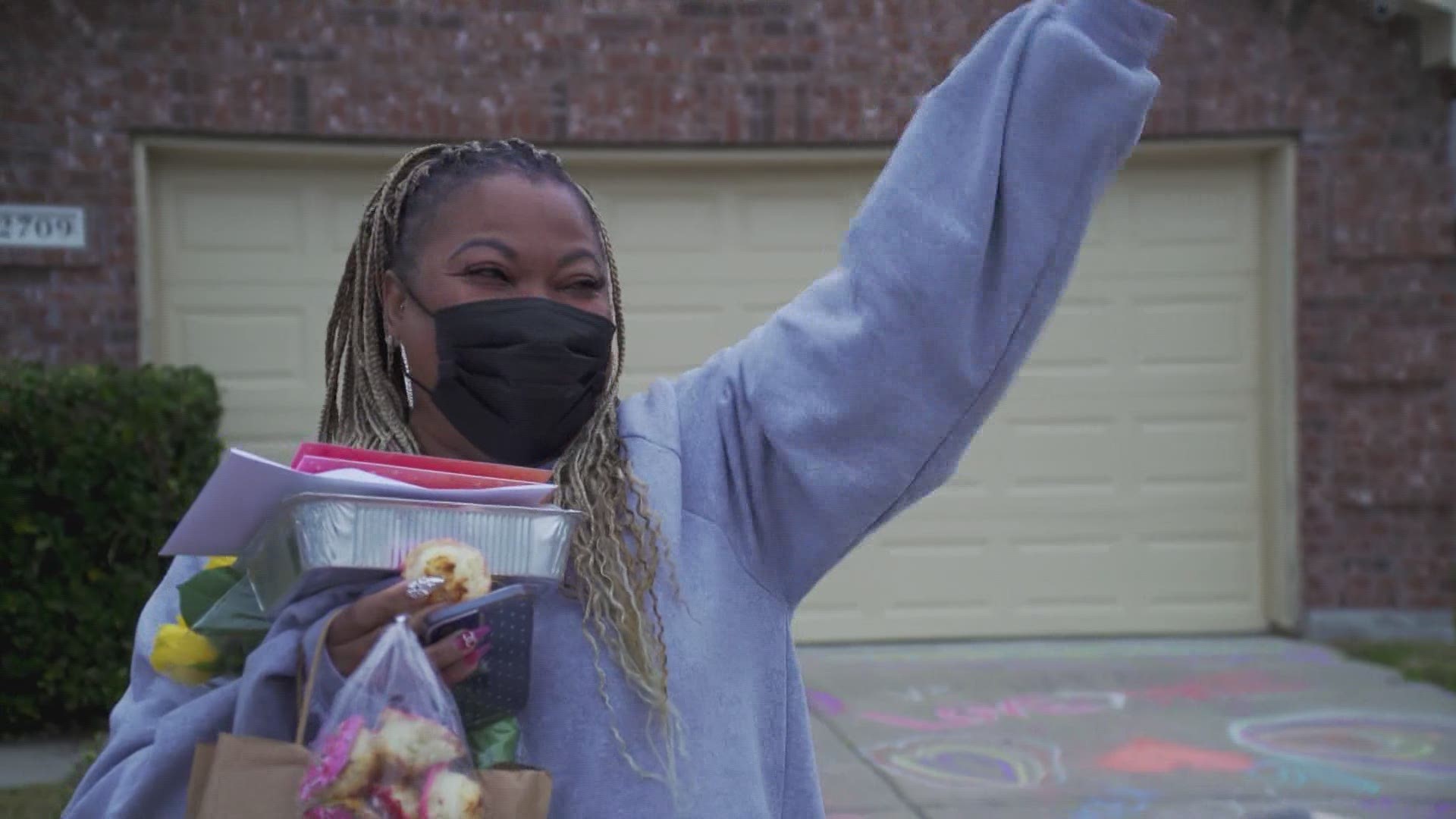 FRISCO, Texas — Stacey Livingston admits she was in a very dark place for several days while she endured the racialized threats from a nearby neighbor. She has lived in her Frisco neighborhood for over 14 years and has never experienced something as scary as this.

Livingston told WFAA the threats started last week with the neighbor approaching her door in the morning and screaming obscenities at her through the door.

Two days later, her driveway was vandalized with graffiti. Racial slurs were left using black spray paint, and she also says her telephone and cable lines were also cut.

"To see it permanently in black on the concrete it just did something to me. It just broke my heart," said Livingston.

Livingston told WFAA that law enforcement was called on four occasions but little was done.

Fast forward to the following week, and her neighborhood has responded in an inspiring way.

A neighbor who owns a security company installed security cameras to the home, a neighbor with a power-washer cleaned off the graffiti, other neighbors helped trim the hedges, so the cameras had a better view of the front of the home.

"I feel loved and I feel safe," said Livingston.

On Friday, several neighborhood children came up to her driveway and chalked positive messages, and drew hearts and rainbows on the pavement.

"Hopefully, this will leave a lasting impression on her," said one neighbor, who brought her three children.

Later Friday evening, a caravan of neighbors lined the road in their vehicles to show their support.

Livingston stood on her driveway as neighbors honked their horns. She was moved by the gesture and said, "I live in a good place."

The neighbor who made the threats was issued a criminal trespass warning, according to the Denton County Sheriff's Department.

Livingston admits frustration with law enforcement during the entire process. She said she would like to see criminal charges for the man she claims terrorized her life.