The plan nearly two years in the making has stalled, leaving some parents frustrated as others say it should be trashed entirely. 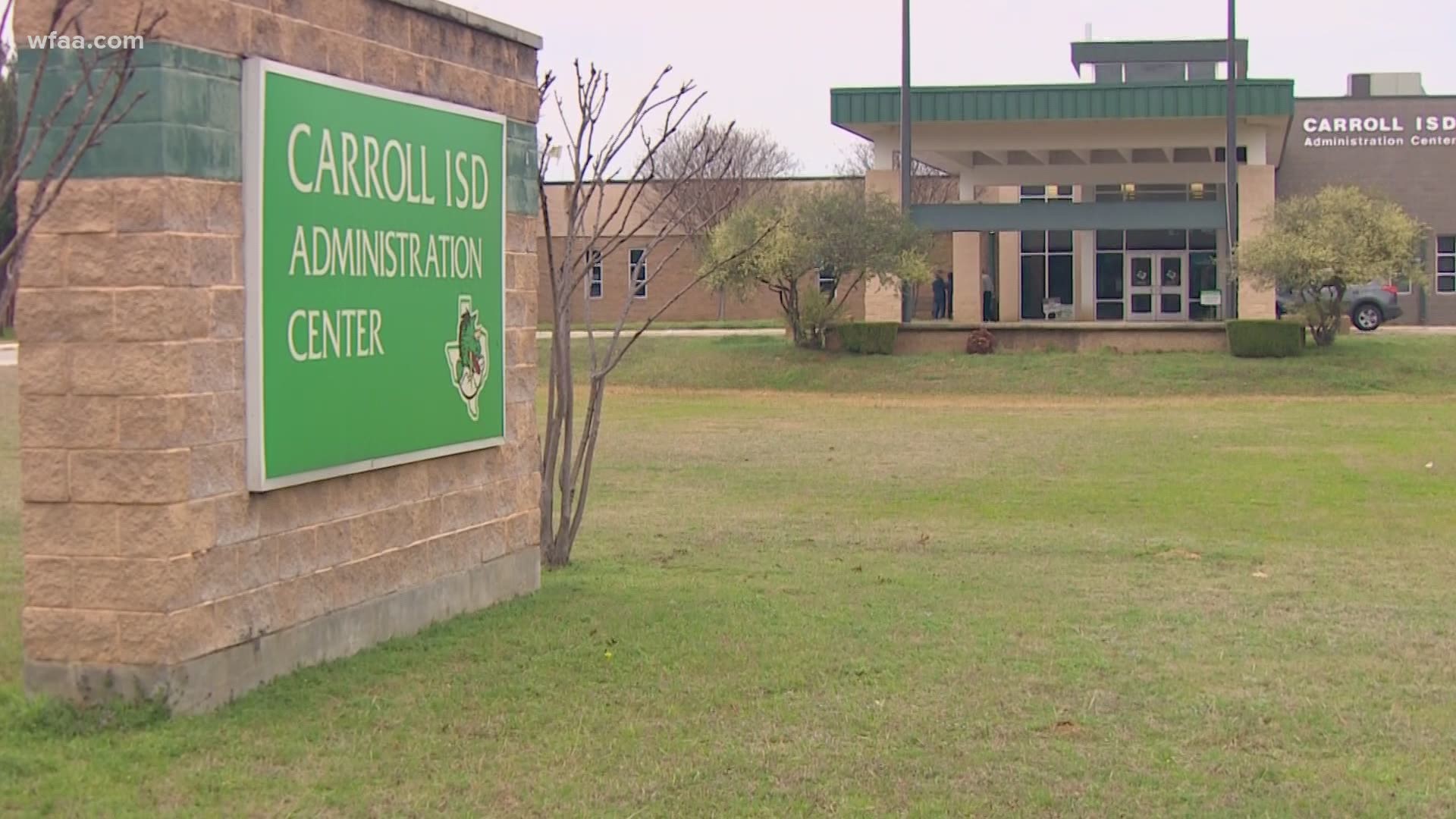 SOUTHLAKE, Texas — Right now, in Southlake, issues that often go unmentioned have become the talk of the town, and they revolve around a new Carroll ISD plan for equality.

Former Cowboys star Russell Maryland has lived in Southlake nearly 20 years, but for the past two, he’s been part of a Carroll ISD committee crafting the equality plan for the district his three kids attended.

Lately, that Cultural Competence Action Plan, known as CCAP, has consumed every district meeting, pushing public comment on for more than an hour even when speakers are limited to one minute to talk.

“CCAP at its core is racist,” a parent said at the September 14 meeting.

“It’s time to scrap the CCAP,” another parent added in the same meeting.

But while the long, public comment-filled meetings are new, the plan dates back to 2018.

A video of Carroll ISD students chanting a racial slur went viral. Parents filled the board room to share stories of discrimination within the district. Then the same thing happened just a few months later.

Maryland says board member Matt Bryant begged him to join the committee but has lately been unsupportive of the efforts to pass CCAP.

“He had tears in his eyes and said, 'We need you to apply,'” Maryland said.

Meetings for the plan began in early 2019 because of the second video, but when that second incident happened, the District Diversity Council Maryland is a part of known as DDC, created guidelines to strengthen the student code of conduct, particularly for off-campus incidents like the ones above.

Maryland says the 63-person DDC was filled with people from a variety of backgrounds.

For 20 months, they met in person and then over Zoom creating CCAP, which was eventually presented in August.

It establishes diversity and LGBT focus groups and allows them the ability to voice concerns with what they’re experiencing in school. It proposes auditing the curriculum to see if it can be made more inclusive, creates campaigns and training to bring more awareness of the district’s diversity and a new system to track and reduce discriminatory bullying, including microaggressions.

“It’s just a basic plan of human decency,” said Angela Jones, another committee member. “No one is trying to trick anybody.”

Jones’s son was called a racial slur twice in six months and says she was told by the school principal the district had no system to track how many bullying incidents were racial or discriminatory.

She says in the summer the plan suddenly became political and surrounded by misinformation.

“It just sort of blew out of control and people weren’t really taking the time to understand or ask questions,” Jones said. “You can’t even get to conversation of what can we tweak because people have drawn lines in the sand.”

Now, the plan has stalled.

The board has recommended more workshops and discussions to revise the CCAP and there’s a plan to add several new members to the DDC.

WFAA reached out to several Carroll ISD board members, including Matt Bryant and Eric Lannen, to discuss the CCAP, but never received any response. Board president Michelle Moore said in an email the board is unable to speak about the plan because of an ongoing lawsuit against them.

Kristen Garcia is suing the district, claiming board members broke the law discussing the plan outside of meetings.

“We need to pause and hold our government officials accountable for what they’re doing,” Garcia said.

She says they began filing open records requests over concerns about the mentions of microaggressions in the plan and discovered communications showing illegal discussions by the board. The district responded to the suit saying it’s moot since they “rescinded” their acceptance of the plan.

“We need parents everywhere to understand that your eyes need to be opened,” Garcia said. “They were off-campus, and now for our elected officials moving forward with something that’s happening behind closed doors, that’s problematic.”

At a recent meeting, students shared stories of discrimination. Hundreds have been submitted and posted to a newly created student group unrelated to CCAP known as Southlake Anti-Racism Coalition or SARC.

“My headscarf was pulled off my head one day. I was referred to as having a terrorist hat,” one student said.

“In my junior year, I was assigned to write a speech degrading homosexuality,” another student added.

“Teachers have known about it the entire time and have never done anything,” a third student said.

“Just ridiculous hateful crazy stuff,” Maryland said. “I said to myself, 'We got our own little local pandemic here. This is the pandemic.'"

Some parents, though, say the cure is worse than the disease.

“I’m sorry if someone spent 20 months of their life working on this,” a parent said at the September 14 meeting. “Sometimes a stupid idea is a bad idea.”

“The purpose of CCAP is to propose a leftist worldview,” a parent added in the September 28 meeting.

A group of parents has continually said in meetings that the plan labels students as racist, doesn’t create the level playing field it aims to and claims it will teach children beliefs they’re too young to process.

“Stop the madness,” Maryland said of the speakers. “Stop the absolute madness.”

Some parents and some on the board want to pause the CCAP until there’s a new superintendent, likely months away.

Tuesday, search consultants told the board they’ve received good interest from candidates and are actively recruiting but encouraged the community to put its best foot forward as discussions around a new equality plan heat up and spill onto social media pages.

“It’s important for communities that do care about a great deal about their schools to kind of put forward the right tone when you’re in the search because candidates are watching,” a consultant said.

But Jones and Maryland say two years of waiting, discussions, and workshops are more than enough.

“The kids who are living it right now, they can’t wait,” Jones said. “They needed something to happen last year.”

“At some point the conversations need to be turned into action. This is action,” Maryland said, holding up a copy of the plan, “Cultural Competence Action Plan.”

Jones and Maryland say they’re not going away, but neither are reasons the plan exists to begin with.

“Do they want to stand up and do what they know is right and needed?” Jones said. “Or do they want to drag their feet, hoping ultimately it’ll disappear?”