'Never thought this would happen to me,' says Plano pro basketball player after LG phone explodes in his hand

LG called the explosion 'regrettable' and wants to investigate. 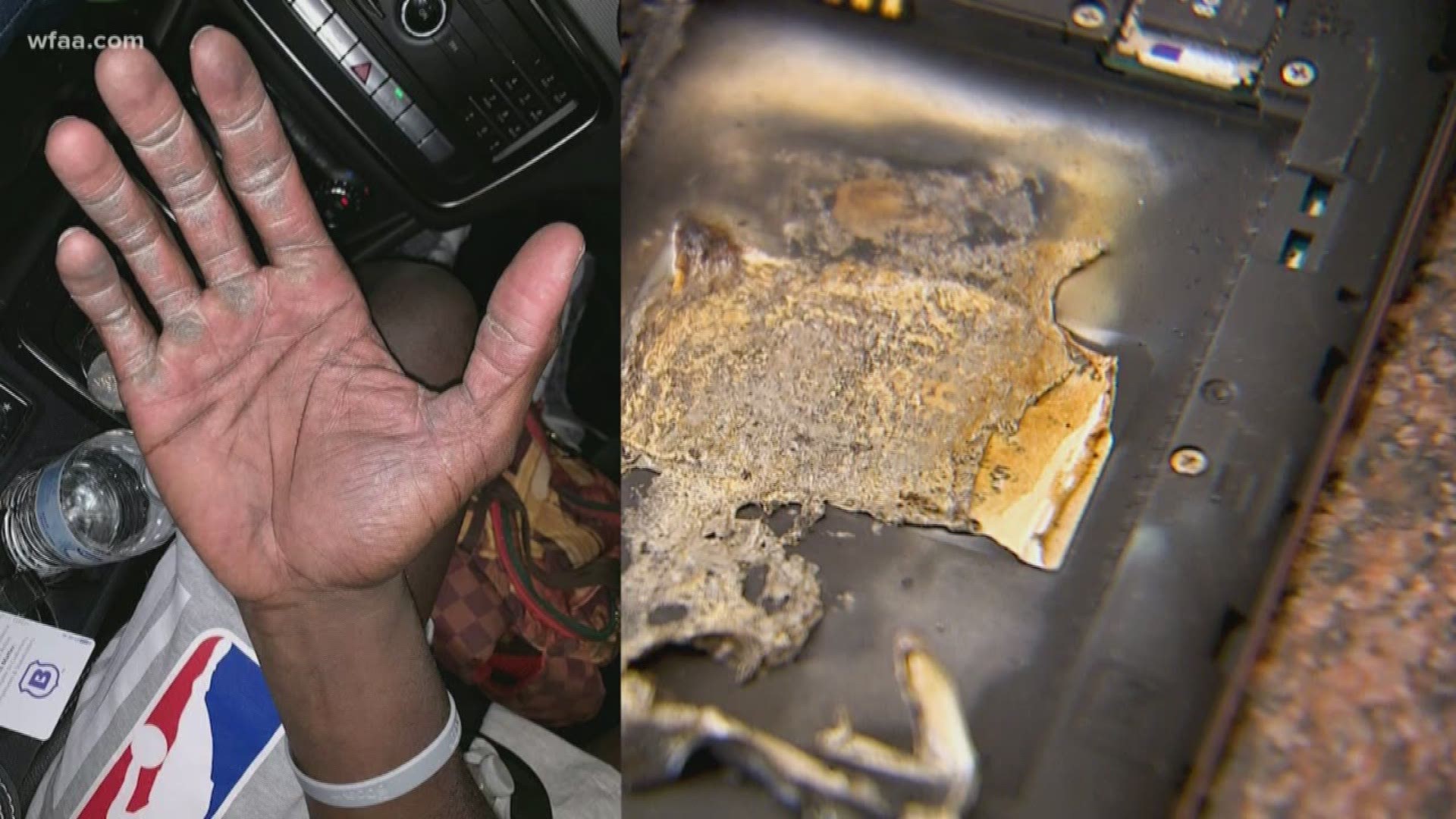 PLANO, Texas — A professional basketball player living in Plano is now sidelined after suffering an injury to his hand when his LG cellphone exploded.

Khouraichi Thiam, 31, has been playing professional basketball overseas since he graduated in 2013.

Thiam is 6 feet 8 inches tall and a guard and forward. He's hit the court in countries like Saudi Arabia, Spain, Serbia, Bahrain and Luxembourg.

He's also played for Senegal's national team, which is a West African country and Thiam's home.

"I was born in a family where the ball is bouncing," Thiam said. "Basketball is who I am."

Thiam was planning on trying out for the NBA's summer league, which begins July 5, but now that may not happen.

On May 15, Thiam was riding with friends in a car when his LG K20 Plus suddenly exploded in his right hand.

"It just blew up," he said. "It exploded. The driver, who is my friend, was screaming. We all were screaming. I thought I was going to die."

Acid from the phone's battery spewed all over Thiam's hand.

He visited an emergency room and was told he suffered first and second-degree burns. But the 31-year-old also said that he can't move his thumb, index or middle finger.

He also added that he feels numbness in some parts of his hand, which may suggest nerve damage.

Thiam's biggest fear is not being able to return to the game and be the same.

"I'm a basketball player, and I work," he said. "This is how I provide for my family. It's scary right now, I don't know what I'm going to do."

Thiam said he's hoping to recover, but was told that his hand must stay in a sling and brace for at least four weeks.

Cellphone explosions have primarily been linked to their lithium-ion batteries.

LG's rival, Samsung, endured recalls and a loss of about $5 billion as they looked into why batteries inside the Galaxy Note 7 were exploding.

As far as LG goes, the company hasn't gone through something that severe, but there are various news stories about LG products exploding.

"This is the first we've heard of this," said Frank Lee, a spokesman for LG, on Thursday in a written statement about Thiam's case. "It is regrettable that this gentleman had this experience."

"Our team would like to be introduced to the consumer so we can take the appropriate steps and also have our safety engineers examine the device."

Thiam said he may consider that offer, and added that he doesn't want someone else to endure a similar or worse outcome.

"That's why I wanted to speak out," he said.

"If I don't say anything today, and tomorrow and the same phone explodes and kills someone then how am I going to feel?"