A load of laundry turned into an unwelcome surprise for an Irving family after their Samsung washer exploded over the weekend. 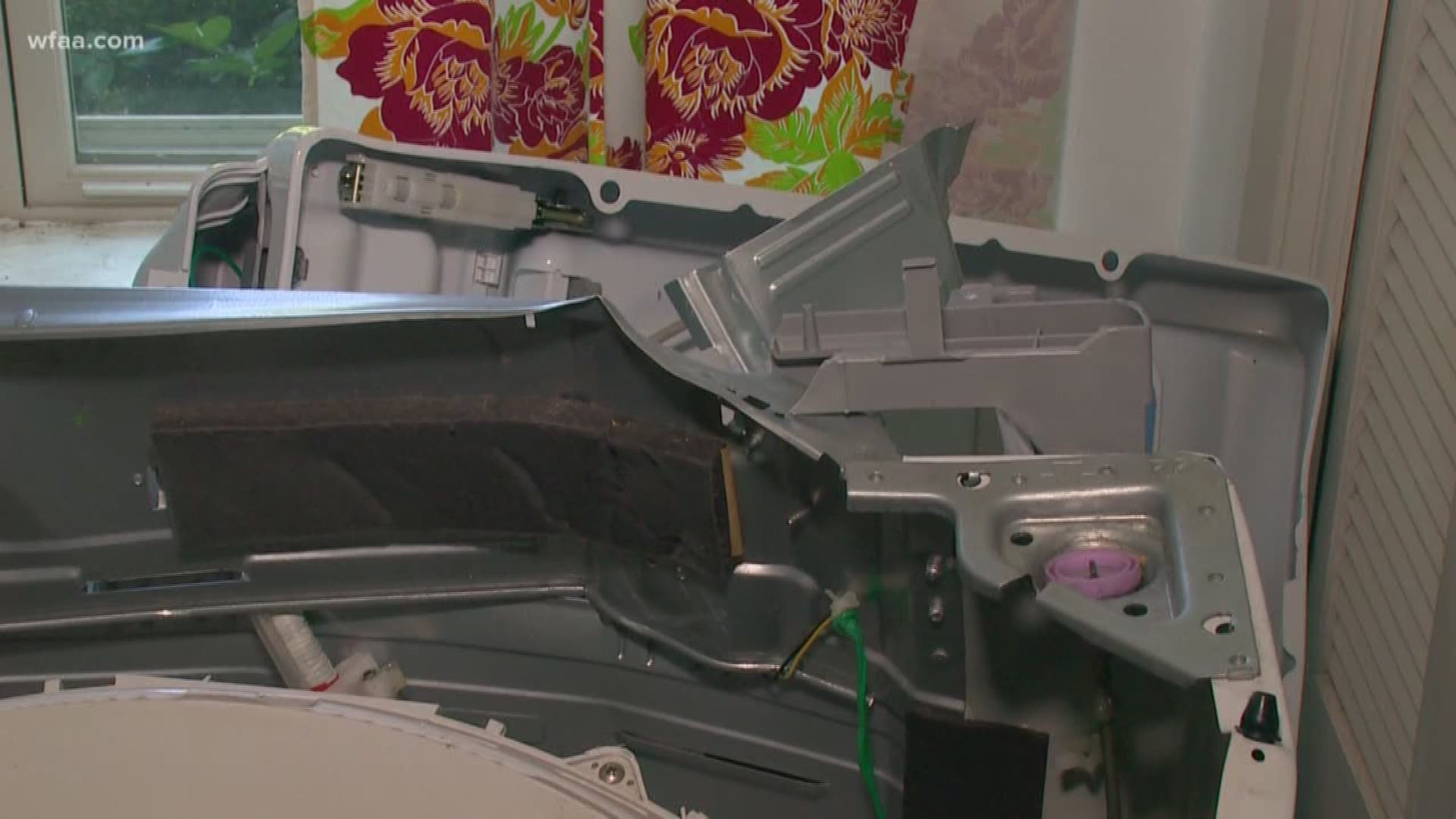 IRVING -- A load of laundry turned into an unwelcome surprise for an Irving family after their Samsung washer exploded over the weekend.

"Suddenly, it was a boom sound, and my wife thought maybe something had fallen from the sky," said Faisal Nuree, who owns he washer.

On Saturday, Nuree's wife put a mattress pad in to the wash in their Samsung top loading washing machine that they bought new in 2015. Nuree said they were in other rooms when they heard the explosion and struggled to find the source.

"We were not focusing here [in the laundry room], we were just running around, saying 'What happened?' And then we finally came here," he said. "It completely blew up."

Nuree said the force pushed the washer from the wall and the top of the unit was blown off. He is grateful no one was in the laundry room at the time.

"If people were here, especially my kids, it could have been deadly," he said. "How can a washing machine just blow up?"

It has happened more than you might expect. In 2016, there was a flood of complaints about exploding Samsung washers. Nine injuries were reported, including a broken jaw and an injured shoulder. In November that year, it prompted a recall of some 2.8 million washers. The company promised to repair or replace 34 different models. For more information on the recall, it can be found on the Consumer Product Safety Commission's website.

Nuree's washer was one that was recalled, but he said he didn't realize that until after the explosion. He says he never got a notice from the company. He bought the unit new when his family was living in Richardson but has since moved to Irving, taking the machine to their new house.

Samsung would not say how many recalled washers are still estimated to be in service, but a spokesman did release a statement to WFAA:

“Samsung regrets the experience the Nuree family had and takes reported product concerns very seriously. We have reached out to learn more about what happened and to resolve the matter to their satisfaction. Samsung strongly encourages any customer who has experienced an issue with a Samsung product or authorized service visit to immediately contact us at 1-866-264-5636 or at samsung.com/us/tlw.”