Man who killed himself in front of Rep. Van Duyne's home was active in Republican politics

Police identified Chris Dillard as the man who killed himself in front of Rep. Beth Van Duyne's home Wednesday. 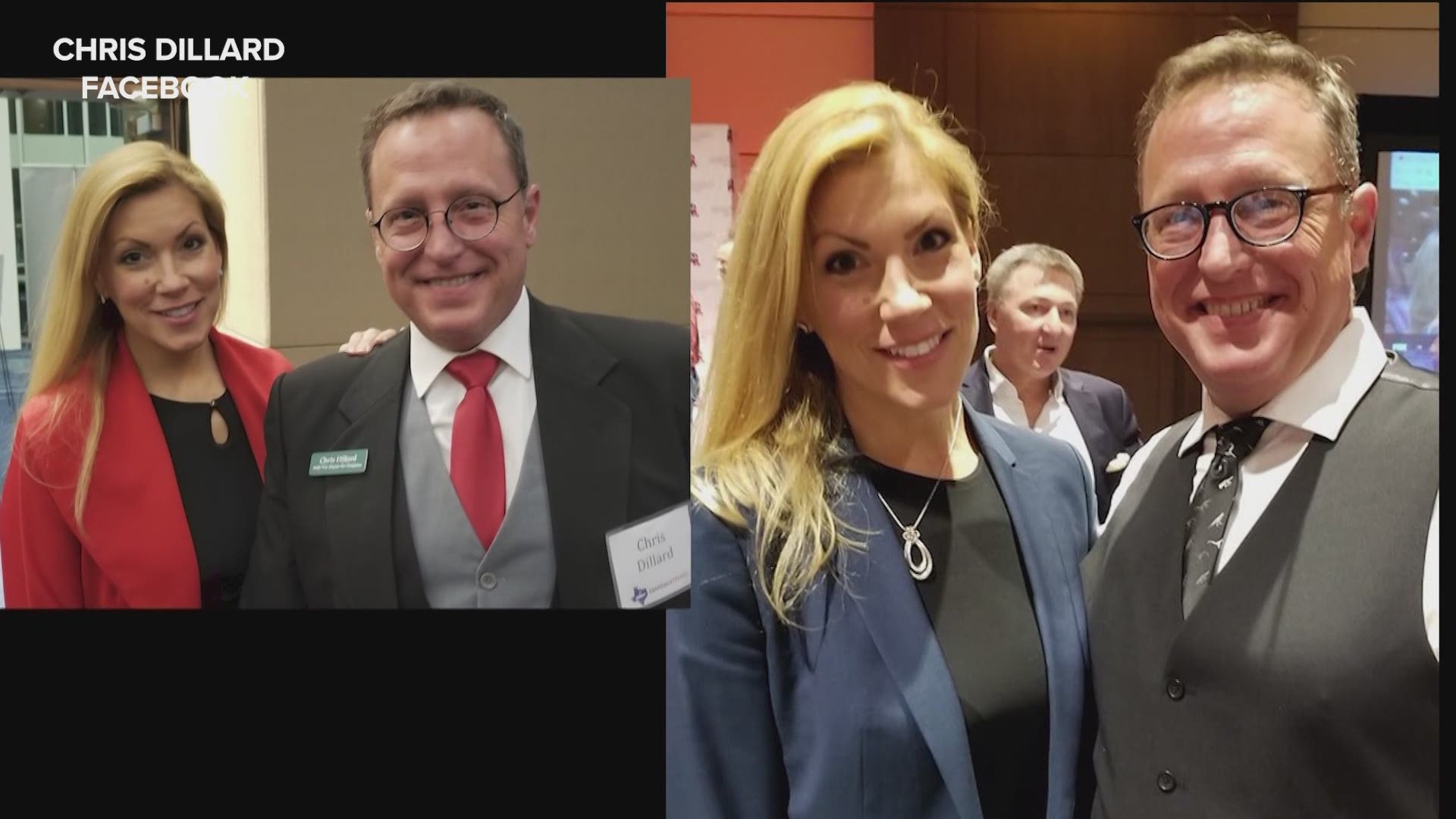 Updated at 8:55 p.m. with additional information from a friend of the victim.

Police have identified a 55-year-old man who killed himself Wednesday outside of Rep. Beth Van Duyne’s Irving home, police said.

Richard Christian “Chris” Dillard worked as a political consultant and was involved in Tarrant County Republican politics. It is believed that he worked on Van Duyne’s campaign for Congress, according to his LinkedIn page.

It happened around 3:45 p.m. Wednesday, police said. Van Duyne was home at the time and only heard the shooting, Irving police said.

He died of a single gunshot wound. Police officials said they are looking into the motive. Police said there were no notes or other information left.

Dillard did not contact Van Duyne prior to the shooting. The last time they had spoken was in January, a spokesperson for Van Duyne said.

Photos on Facebook and online show Dillard in photos with Shelley Luther, who ran for Texas State Senate for District 30, and Allen West, chairman of the Republican Party of Texas.

WFAA spoke with Dillard's friend of six years, Al Zito. He said the news of the suicide death has hit the community very hard.

"It's just utter devastation and shock. It's been a really tough day," said Zito. "He was a tremendously hard worker and he was always the first one to reach out his hand and say 'How can I help?'' he said.

Dillard was a son, father, and grandfather, Van Duyne said.

"I am still shocked and grieving that Chris would take his life," Van Duyne said in a statement. "We had known each other for years. He had been to my home numerous times for holiday parties, fantasy football draft parties, and get togethers with friends."

The Trump administration placed her as a U.S. Department of Housing and Urban Development regional administrator.

She recently won the race for the U.S. House of Texas, 24th Congressional District.