At least 8 people killed in car crashes across Dallas-Fort Worth, officials say

Authorities have not released the names of those killed in the crashes. Officials said icy road patches caused multiple pileups across the region. 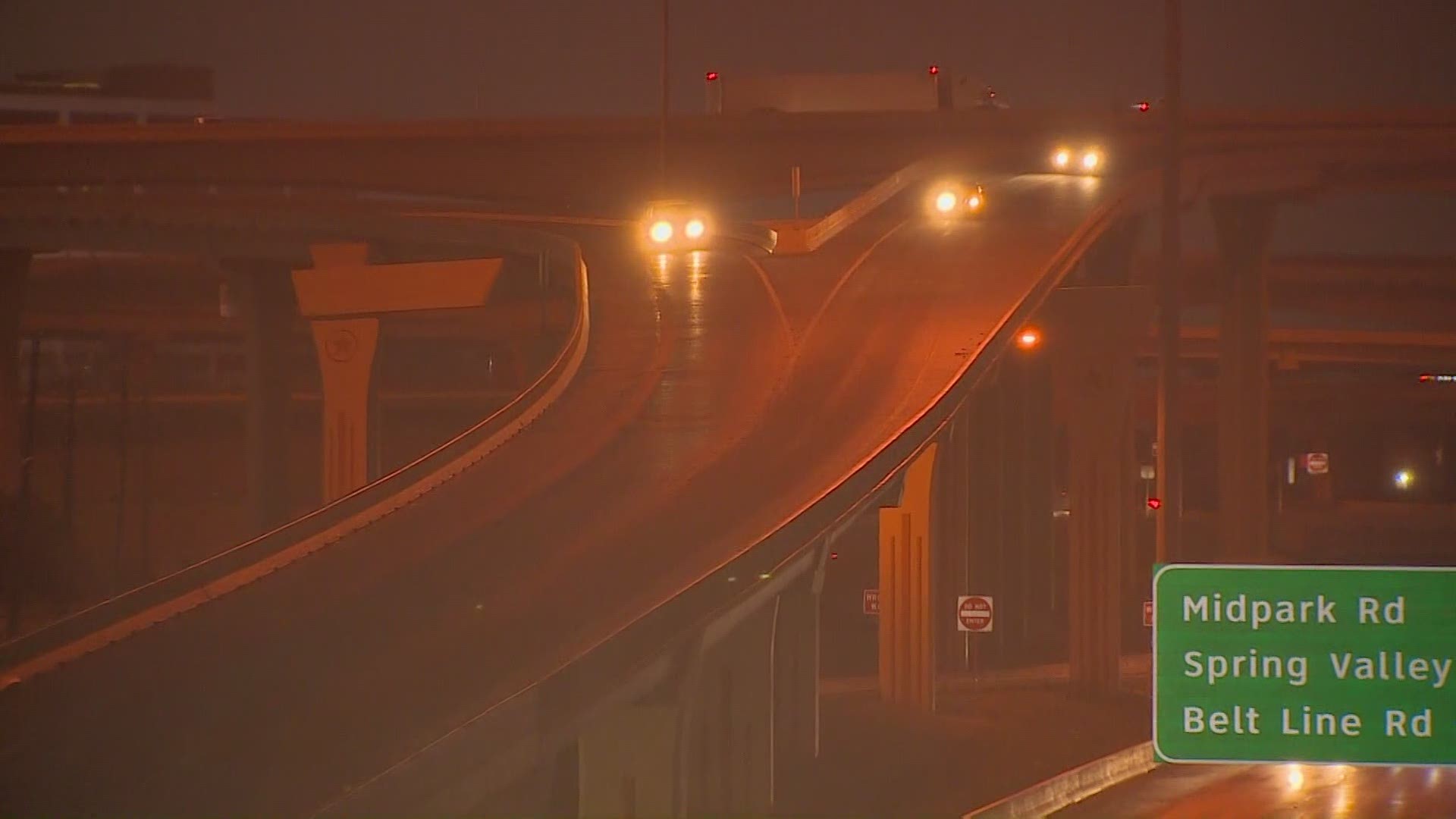 Dallas Fire-Rescue said it responded to 132 major accidents since 10 p.m. Thursday. However, the department couldn't confirm if all of the accidents were related to the weather.

One of the crashes, which was a pileup, occurred around 11:15 p.m. Wednesday at Interstate 45 and Lamar Street in Dallas.

A chain-reaction crash involving 18-vehicles went up a hill and hit a patch of ice that covered the entire service road, officials said.

According to investigators, the first vehicle involved in the crash hit the ice, lost control, and struck the retaining wall becoming disabled in the roadway. That's when a person in a second vehicle stopped to help the other driver.

Officials said that man was struck by several vehicles. At that point, a separate collision with multiple vehicles pinned him against a wall. The man was pronounced dead at the scene, according to police. His name has not been released at this time.

Authorities said an additional collision occurred afterward which involved a Dallas police officer. No injuries were reported in this crash, according to police.

Another fatal crash occurred around 12:55 a.m. at I-45 and Illinois Avenue. Two people were killed in this accident and a driver is in critical condition. Authorities have not released the names of those who died.

Pileup crash on I-35W in Fort Worth

More than 75 vehicles were involved in a massive pileup crash Thursday morning on Interstate 35W in Fort Worth, including several 18-wheelers, officials said. A number of people were trapped hours after the crash happened around 6 a.m.

Officials said it's been declared a "mass casualty" event. At least five people were killed and around 20 to 30 people will need to be transported to the hospital. The highway remains completely blocked off as of 10 a.m. Thursday.

Arlington police also responded to a crash involving a pedestrian and a vehicle at the intersection of Medlin Drive and West Arkansas Lane at 7:45 p.m. Wednesday.

Authorities said a man was trying to cross the street in the middle of the roadway when he was struck. Officials pronounced him dead at the scene. No charges are expected in this case.

Investigators said they haven't ruled out the possibility that weather conditions may have been a factor due to poor visibility in the area.

Arlington police said they have responded to a total of 82 crashes since 10 p.m. Wednesday.

The three things to remember when driving in wintry weather conditions include: Prepare, plan and protect.

The cold weather is here for a while. Protect your "P"s - cover pipes and pets. Make sure people and pets are inside shelter and warm. Turn off your sprinkler systems! Sprinklers can cause icy surfaces. pic.twitter.com/qE22hW64qc