In both instances, the men being robbed said they were held up with a semi-automatic rifle that looked like an AK-47. 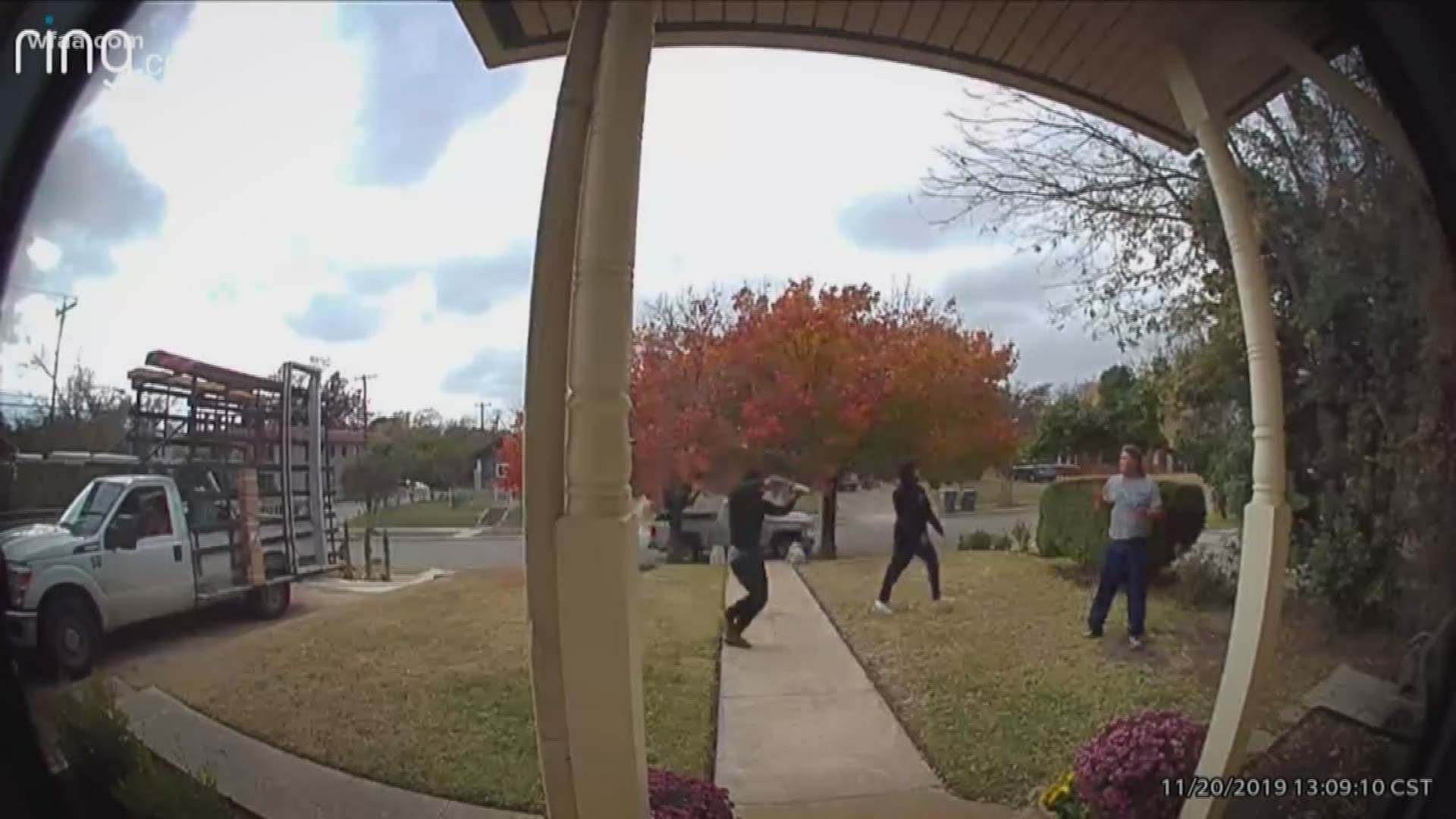 DALLAS, Texas — Dallas police are investigating two separate robberies in Oak Cliff where victims were approached while they were preoccupied in their front yards.

In both instances, the men being robbed said they were held up with a semi-automatic rifle that looked like an AK-47.

The first incident happened last Wednesday and was captured on a doorbell camera in the area of 800 S. Montclair Avenue.

In the video, you see Jesse Velasquez walking around his front yard.

Velasquez told WFAA that someone was working on his house at the time and that he was debating doing some work on his lawn.

"I was just out here messing around in the yard, killing time," Velasquez said.

But right as Velasquez turns his back, two men wearing hoodies come up behind him and force him to the ground.

You can see one, carrying that semi-automatic rifle that looks like an AK-47.

Velasquez said he conceded once he heard one of the men cock the rifle.

"Once I heard that, I knew it was a real gun, and I knew it was the real deal," Velasquez said. "I just gave in because there's no point in fighting. I didn't want to make things worse."

Velasquez said he gave up his phone, keys, and wallet, which had about $600 in it.

He had to change the locks on his house and said the entire ordeal has been exhausting.

"To see something like that in broad daylight, you know a couple of guys with a machine gun running across your yard...it takes your brain a second to discern what's going on," Velasquez said.

"I'm watching over my shoulder anytime a car goes by. It stays with you for a minute."

The second incident happened Monday morning less than three miles away from Velasquez's home in the area of 2300 Alaska Avenue.

Fredy Valenzuela was welding a fence for his father-in-law before 9 a.m. when he said a guy in a hoodie approached him with a rifle that looked like an AK-47, asking for money.

"I put my hands up, you know, and I told him to relax," Valenzuela said. "I didn't have anything on me to give."

Valenzuela said that the man asked for his keys, and threw them back at him when he struggled to open his truck.

The man, according to Valenzuela, got into a silver 2001 Lexus and drove off after that.

He said another person was driving the car.

"The police came out here and dusted my truck for prints," Valenzuela said.

"I told the neighbors to be careful when they go out of the house in the morning or anytime."

The Dallas Police Department didn't confirm to WFAA that both instances were related, but did say that they were reviewing the possibility.

If anything, Velasquez said that he wants to get the video out there and warn his community that the suspects might strike again.

"They're just driving around looking for people who are preoccupied," Velasquez said.