Anti-mask protest held outside Dallas County judge's home, as legal battle between him and Gov. Abbott gets 'messy' 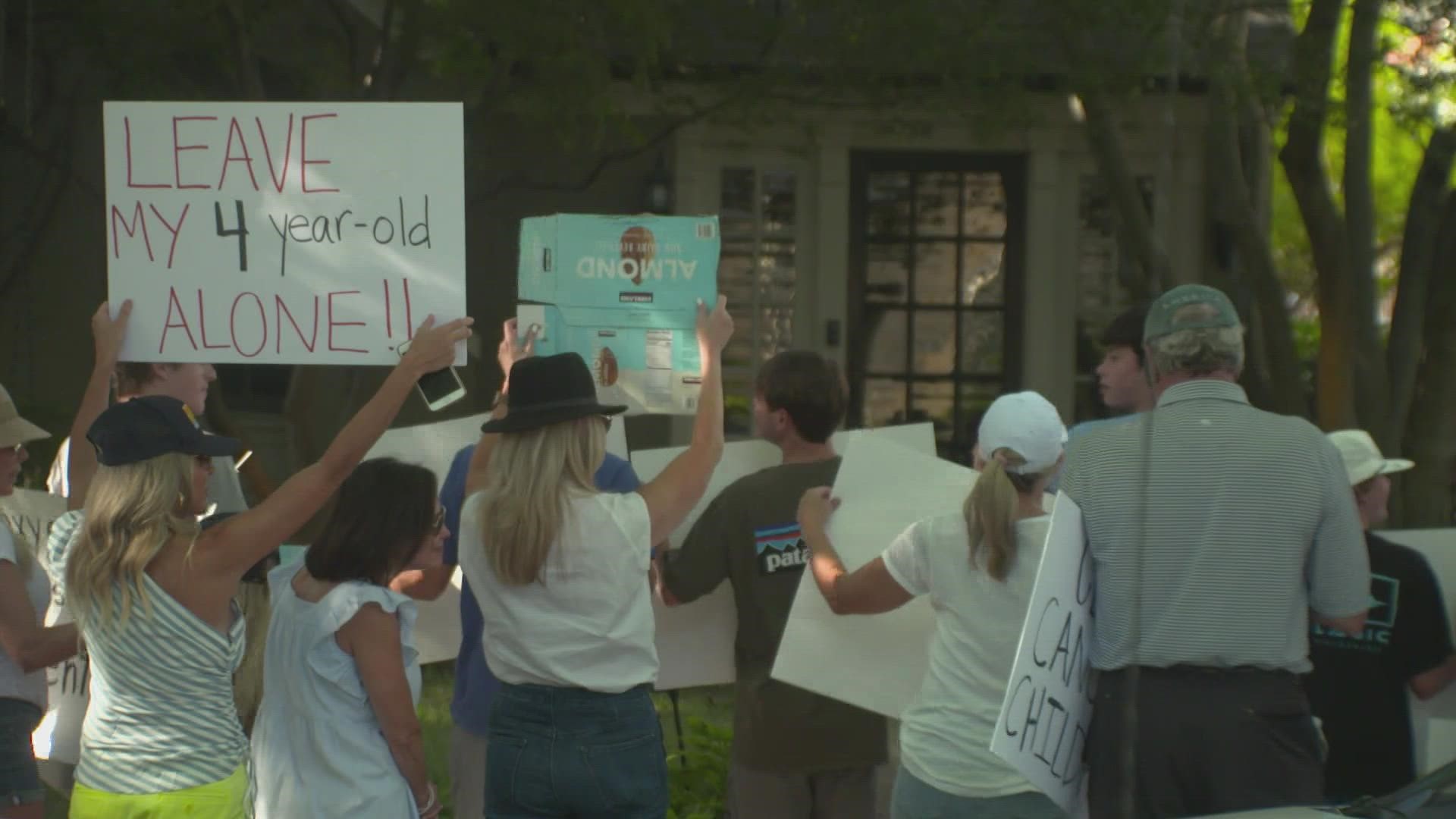 More than 75 people showed up Thursday evening to Jenkins' home in Dallas to protest his emergency executive order requiring masks.

“[We’re] sick of the BS. It just seems like another way to control us and we’re done with it,” said protestor Steve Klekamp.

There is a series of legal challenges currently underway from both Gov. Abbott and Jenkins.

“It is messy. You mix in the pandemic, mix in the fear and responsibilities and obligations many feel they have to make,” said attorney and SMU Law Professor Eric Cedillo.

The current situation can be confusing and filled with legalese, so here is the basic gist of it: Gov. Abbott signed an executive order saying local governments cannot require masks. This week, Jenkins filed a temporary restraining order to block the governor’s order and a Dallas judge granted it.

So, Jenkins then issued his own emergency executive order requiring masks at schools and certain businesses.

Then, Gov. Abbott appealed that decision to the 5th Court of Appeals in Dallas.

The wait now is for the appeals court decision. That could be imminent or even next week, which Cedillo says could work in favor of the judge.

“The longer it goes, the better it is. If ultimately [Jenkins] loses, it’s another day with the mask mandate,” said Cedillo.

“Absolutely. It’s absolutely a situation where theoretically we could be hearing from the 5th Court of Appeals tomorrow, saying they could be overruling [the judge’s] decision,” said Cedillo.

The merits of the case surrounding the temporary restraining order will ultimately be heard in a Dallas court on Aug. 24.