After a 36-year journey, American Airlines flew its final MD-80 to the boneyard

“Rest in peace silver bird, you will be missed." 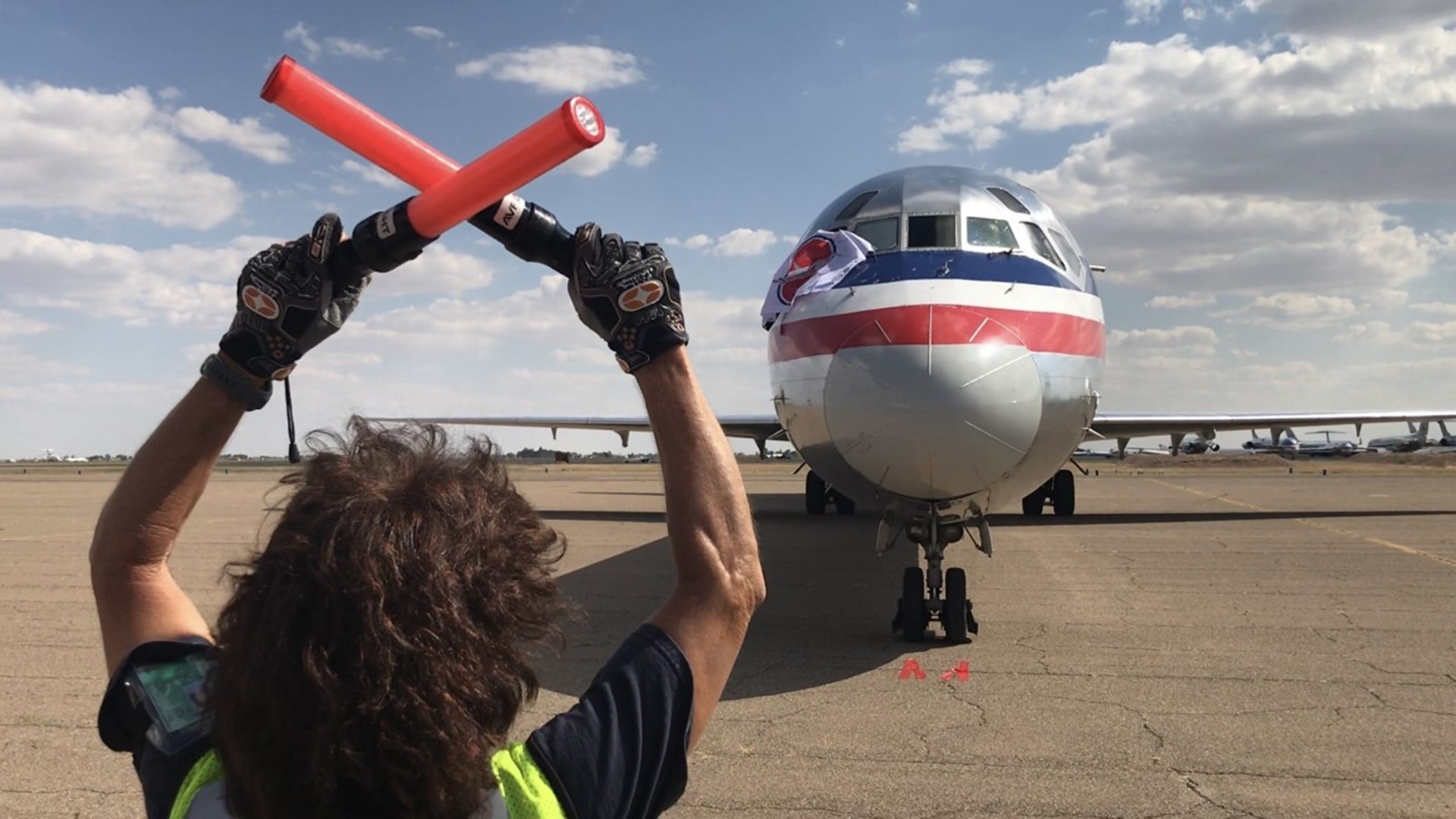 ROSWELL, N.M. — One by one on Wednesday afternoon, the last 23 of American Airlines’ aging MD-80s flew into retirement at this desert boneyard.

The flights marked the end of an era for the Fort Worth-based carrier.

“It was the growth engine of American,” said Doug Parker, American Airlines CEO. “American in the ‘80s took on a growth plan under [former CEO] Bob Crandall to expand quickly. They used this airplane to do just that. Because of that, for so much of our team this is what they grew up on — pilots, flight attendants, and mechanics — so it’s bigger than people outside American can really appreciate.”

Landing at the Roswell International Air Center, the legacy of American’s MD-80s is clear.

Dozens of them sit parked in the desert sun, stripped of their engines, red stripes and logos. They are waiting to be sold, scrapped or parted out.

It is a nostalgic scene for thousands of North Texans who made their living on this fleet of aircraft for the last 36 years.

“It’s been part of my life for the last 20 years. It seems like as I progressed in my career, the Super 80 progressed, as well. So, they get to retire. I don’t unfortunately,” said Kisha Hardaway, an airline employee.

On Wednesday morning, at Terminal C in DFW Airport, few travelers took notice of the special sendoff going on at Gate 2.

“I flew in from Cleveland on the last American MD-80 flight out of Cleveland this morning,” said Donald Collins, an airline employee and aviation enthusiast. “I just came down here to be part of this final flight to see the last flight of the MD-80 for American.”

When Flight 80 bound for Chicago O’Hare pushed back this morning, the old polished aluminum MD-80s became history at American Airlines.

They were once the largest of any fleet American had. But newer, more fuel-efficient 737s and Airbuses made the old McDonnell Douglas planes obsolete.

American Airlines had 26 MD-80s left in its fleet on Wednesday. One will remain at DFW to train crews how to de-ice aircraft, two are going to aviation schools, and the remaining 23 went to the desert.

Of those parked in Roswell today, American estimates that they carried 84 million passengers in their lifetime.

A little after 5 p.m. MDT, that jet from Chicago, operating as Flight 9605, finally made it to Roswell. It was the last MD-80 to land.

American spokeswoman Linda Brock wiped away tears as she saluted the two captains who brought in the final plane.

“This is the aircraft that made them leaders in their field,” she said.

Passengers on that final revenue flight to Chicago shared their memories in ink on the overhead bins and cabin walls of the jet.

“Rest in peace silver bird, you will be missed,” wrote another passenger.

“You were my first safety demo, I will never forget you,” wrote a flight attendant named Katelyn.

In the final entry in the logbook, an American mechanic wrote: “You’ve been a good jet — Godspeed — thanks for keeping everybody safe from harm.”

All of them were fitting tributes to an old bird that helped thousands make a living and millions more make memories.