Doctors in Guatemala told Aracely Mejia there was nothing they could do for her daughter, Sofia. Then doctors in Dallas stepped in to help. 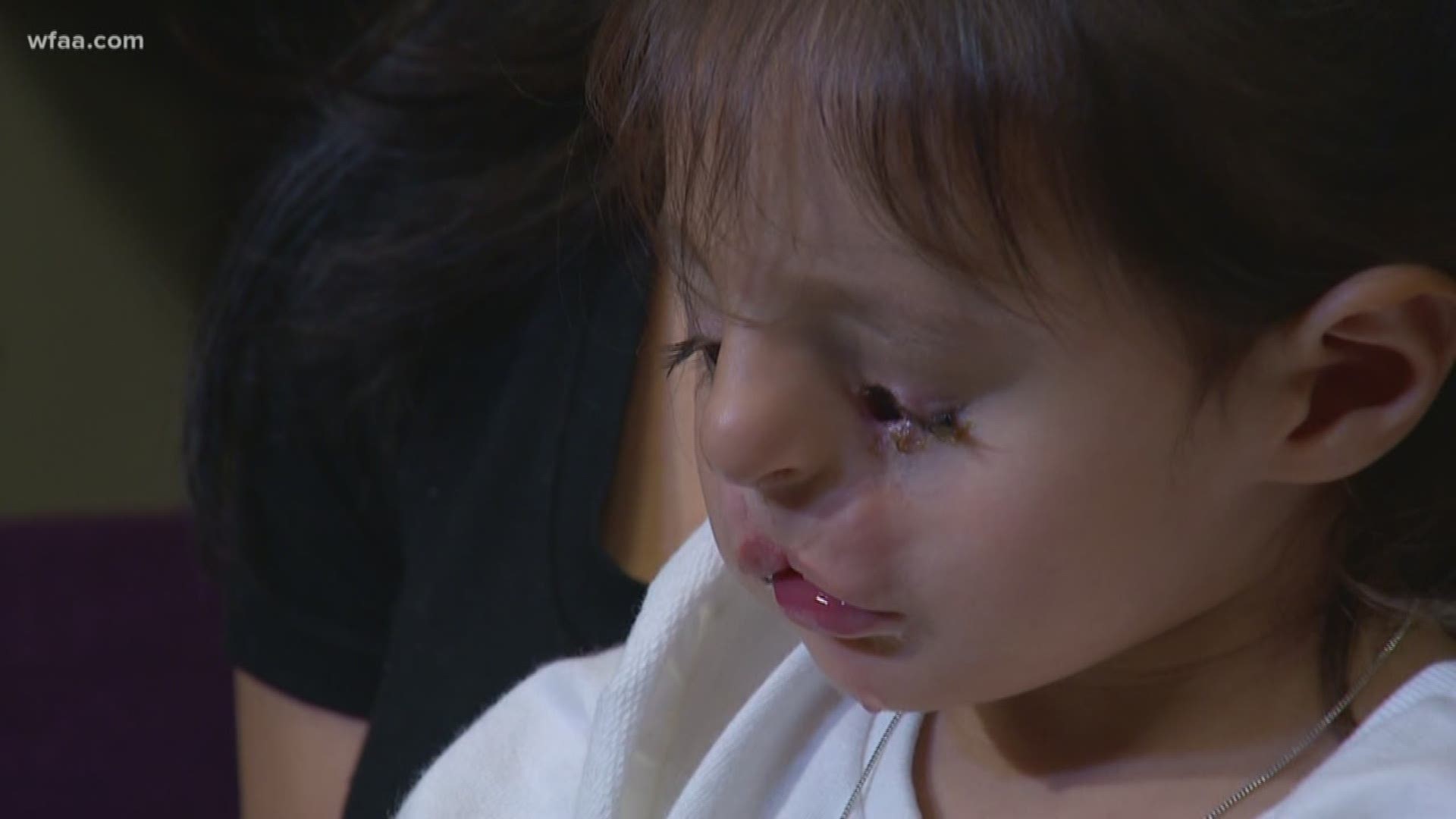 A Guatemalan toddler will undergo life-changing surgery in Dallas for free.

In October 2017, Sofia was born in Guatemala with a bilateral Tessier type III facial cleft. It’s a rare congenital deformity that affects her lips, upper jaw, cheeks and eye sockets.

Doctors in Guatemala told Sofia’s parents there was nothing they could do to improve the baby’s condition.

However, in March 2018, Mejia heard there was a group of international doctors providing free healthcare near their home. The doctors were part of the International Esperanza Project (IEP) Team, which was founded in Dallas.

“Our main goal is to bring hope to the people in the third-world country,” said Michelle Hollaender, founder and executive director of IEP. “We work, right now, mainly in Guatemala helping people by bringing medical missions [every other month].”

However, her second surgery, which is scheduled for Tuesday, is much riskier, doctors say.

Tuesday will be Sofia’s second surgery. Doctors say she will need at least three more surgeries.

Doctors will operate on her palate, which is a more dangerous procedure that could be done more safely at Medical City Children’s Hospital in the United States.

“We need a certain type of tubing to protect the airway,” Barcelo said. “We need certain equipment to open the mouth correctly and keep everything the way it should be so we have a successful operation.”

Sofia can only see out of her right eye. Part of Tuesday’s surgery – which Barcelo says should last two to three hours – will include lifting her lower eyelid.

Eventually, Sofia will receive a prosthetic in her left eye socket.

Thanks to the generosity of Barcelo and his team, American Airlines, Medical City Children’s Hospital and other donors, IEP is providing this surgical procedure free of charge.

RELATED: Born without arms, this pilot flies with her feet