Her lawyers argued because she believed she was in her apartment, Guyger was acting in self-defense 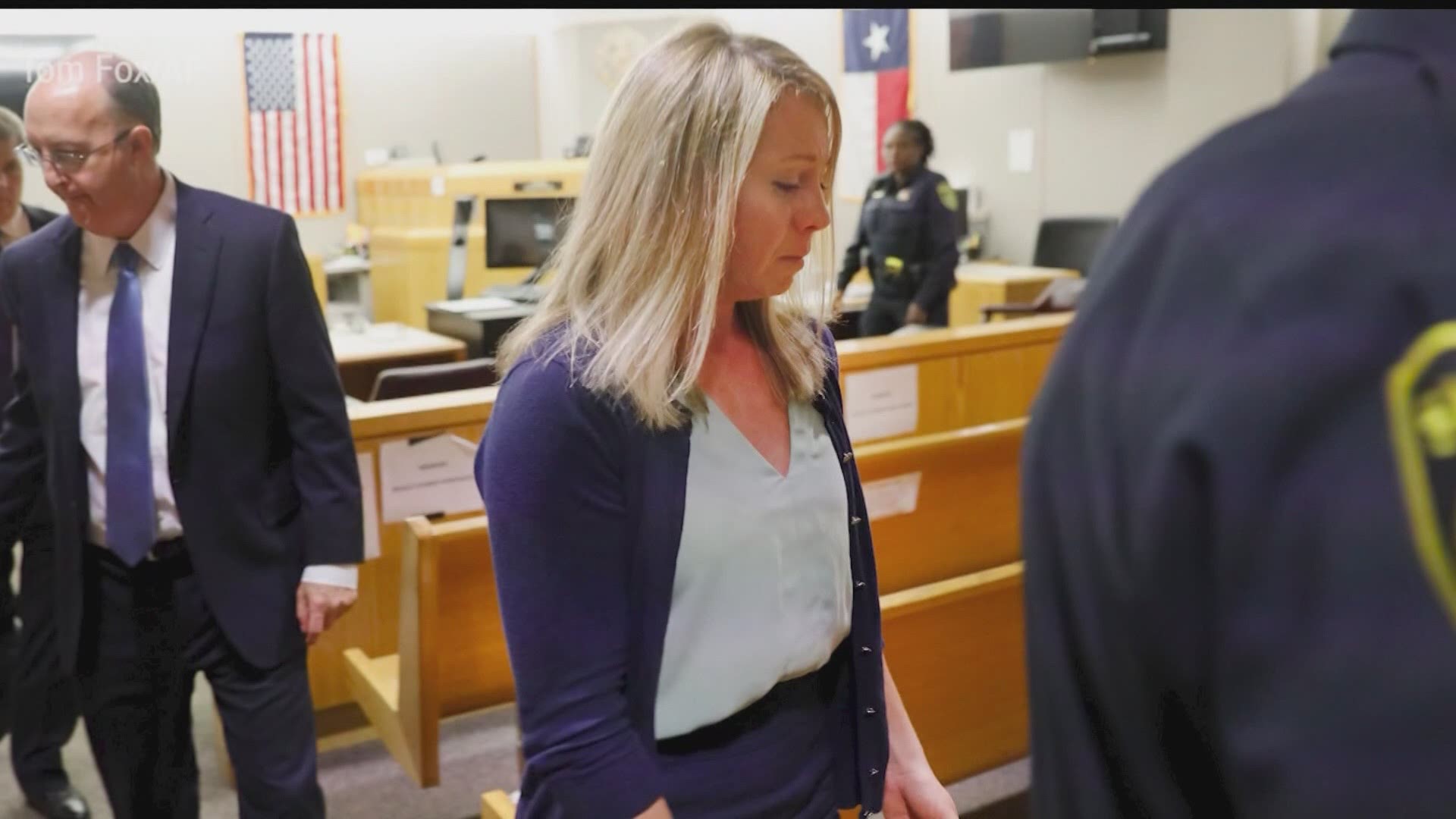 DALLAS — Updated at 6:25 p.m. with a statement from Botham Jean's family.

Lawyers for fired Dallas officer Amber Guyger asked an appeals court Tuesday for an acquittal of her murder conviction in the 2018 shooting of Botham Jean.

Guyger's lawyer Michael Mowla appeared at the 1 p.m. hearing Tuesday before the Court of Appeals in the Fifth District of Texas in Dallas.

Her appeal requested a lesser charge and a new hearing for her punishment.

The hearing ended after about 35 minutes. There's no timeline on when the judges will return their ruling.

In September 2018, Guyger fatally shot Jean while he was eating ice cream in his own apartment. She was arrested on a manslaughter charge, but was convicted of murder in October 2019 and sentenced to 10 years in prison.

Guyger was off-duty at the time, but still in her police uniform. She said she thought she was in her own apartment and thought Jean was an intruder.  Her lawyers argued because she believed she was in her apartment, Guyger was acting in self-defense, according to court documents.

Lawyers cited that the evidence in the trial was “legally insufficient to prove beyond a reasonable doubt that Guyger committed murder” because she had a “reasonable belief” that she was in her own apartment and there was an intruder inside, court documents say.

The state said that the use of force was not justified in response to a verbal provocation alone. The state argued that her actions were not presumed to be reasonable because Jean did not enter by force, he was not stealing and he was not attempting to commit any crime, according to court documents.

A neighbor told police that he "heard an exchange of words, immediately followed by at least two gunshots," a search warrant affidavit said.

It was mentioned during the hearing that Guyger admitted that she intended to kill Jean. Mowla, her attorney, said it was a mistake of fact that she thought she was in her own home.

The state said that "mistake of fact" in criminal law is different than what Mowla was arguing.

Mistake of fact is for negating the intent to commit the crime. But Guyger admitted that she shot to kill.

"She knew he [Botham Jean] was a living human being and intended to kill him," the state argued. "It's not negligent, Amber Guyger murdered Botham Jean." 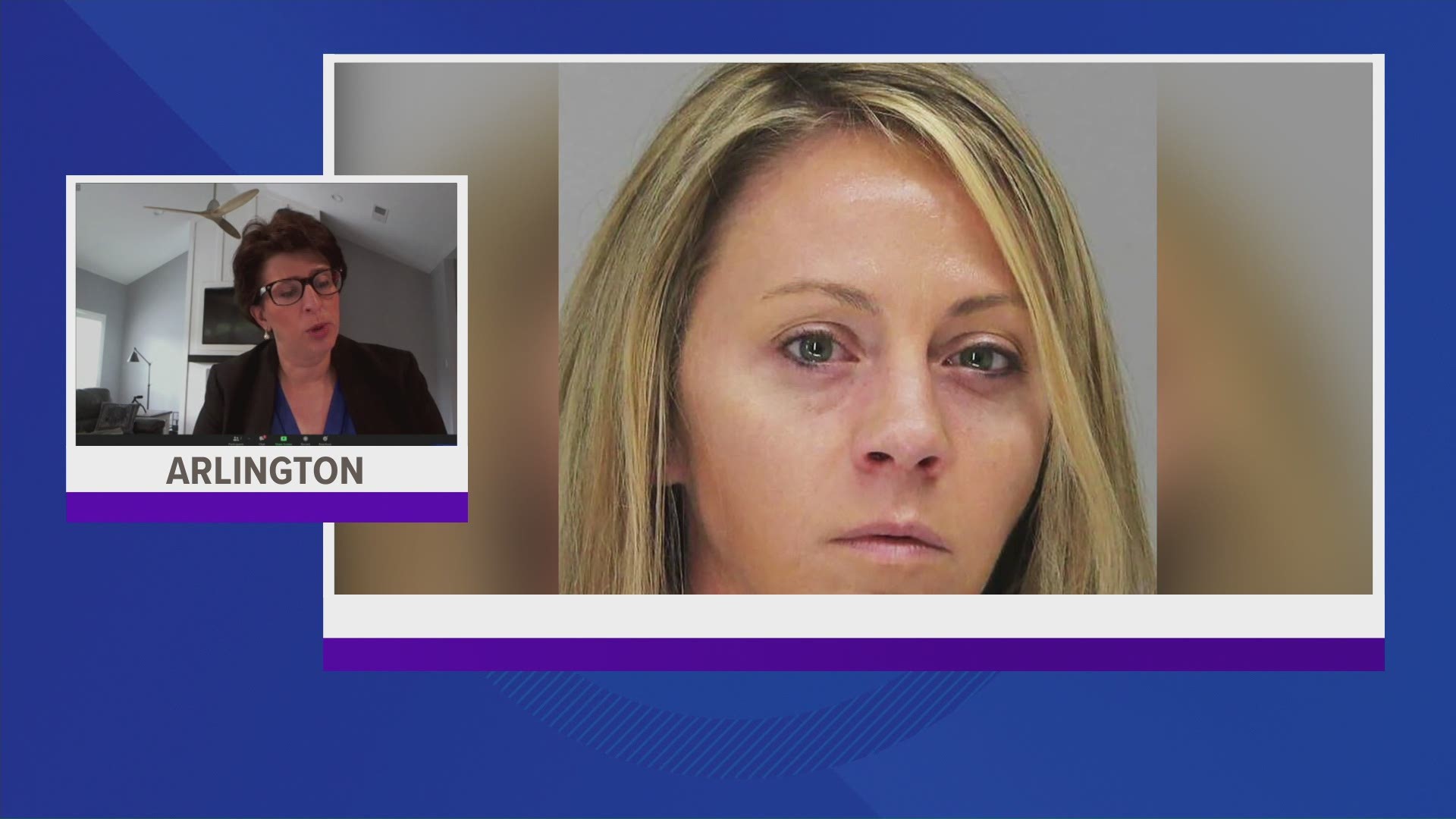 “We vehemently oppose Amber Guyger’s appeal and her attempt to get a reduced sentence. When Amber Guyger was sentenced, our family finally found a measure of justice and peace. Her actions were clearly criminal: she saw a black man and shot, without reason and without justification, murdering him in his own home. The jury delivered a thoughtful and just verdict that should not be overturned.”

How will the appeal work?

Guyger's attorney Michael Mowla represented her at the oral arguments, with assistant District Attorney Douglas Gladden acting on behalf of the state.

Each attorney had 20 minutes to make their case, with an additional 5 minutes for the appellant to make a rebuttal. The judges will then make their ruling at a later date.

After the 5th District court of appeals hands down their decision, either party can appeal to the Court of Criminal Appeals in Austin.

The arguments were held via a Zoom web conference and broadcast to the Court's YouTube channel. You can listen to the audio of the proceedings below.

What happened the night Botham Jean was killed?

During the trial, Guyger said she had just ended a 13-hour shift when she said she mistook Botham Jean's apartment as her own.

She told investigators that she parked on the fourth floor instead of the third at the South Side Flats apartments, arrest records show. But prosecutors said the fourth floor of the garage is open-air, while the third floor, where Guyger normally parks, is not.

She also failed to notice Jean’s red doormat, the only one with such a noticeable doormat on the third or fourth floor, and the smell of marijuana in his home — all indicators she had gone to the wrong door.

During the trial, it was revealed that Jean's apartment was more cluttered than Guyger's, which was sparsely furnished. Guyger's apartment had a half-circle entry table with a vase of flowers toward the living room of her apartment.

She did not have a rug, nor a coffee table. Jean had a large round ottoman in front of his couch. Guyger did not have any artwork behind her couch, unlike Jean.

The door was unlocked and Jean was on the couch eating vanilla ice cream and watching TV  when Guyger walked in. She shot twice, striking Jean once in the lower chest. The bullet ripped downward through his body, Hermus said.

“She should’ve been giving 100% of her attention to that man,” Hermus said of Jean, who was lying on his living room floor while Guyger waited outside for first responders.

Guyger's keys were in Jean's door when the first officers arrived. The doors at the apartments take an electronic lock, which turns like a normal key.

Jean hadn't locked his door when he returned home from running an errand. Crime scene photos show the strike plate, which is where the door latches closed, was slightly warped.

The door wasn't fully closed and latched the night of the shooting. Typically, the doors at the South Side Flats should fully close automatically, because of the way they are weighted.

Texas Ranger David Armstrong, the lead investigator on the case, testified that he tested the closing of Jean's door several times. It didn't consistently slam shut each time, he said.

The jury found her guilty of murder.